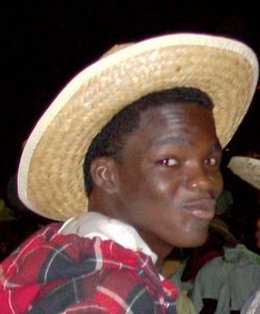 The Brandon Jackson Memorial Scholarship recognizes the life of Brandon Jackson, a young man who inspired many of his classmates to personal and academic excellence and whose own life was cut short as he was leaving early from a party in Altadena. Brandon exhibited tremendous enthusiasm, team spirit, vibrant faith, and a rich heritage of love toward many who considered him a friend. He also made a strong commitment to his academic work and was moving toward college before his death. In the spirit of his life, we want to encourage young leaders to accomplish the goals and dreams that Brandon held as important.

2019 Scholarship recipients will be announced at the closing of the 8th Brandon Jackson Basketball Classic. The final amount of each scholarship will be determined by funds raised.

His former Coach said Jackson had started to focus on life outside of football, and had significantly improved his grades. Howard added: “For a kid to turn his life around, 1.0 (GPA) to 2.7, it’s just amazing how he turned his life around — and for this to happen. It’s a sad day for us, and he will be missed.” Brandon was a good guy, bubbly guy; always walked around with a smile,” Howard said. Howard described Jackson as someone well ingrained in all aspects of the John Muir High School community. In addition to playing on the football team, Jackson was involved in Mustangs on the Move, a local youth mentor program.

“Any program you could name on this campus, Brandon tried to get involved in it,” Howard said. “If Brandon could sing he would have been in the choir.”