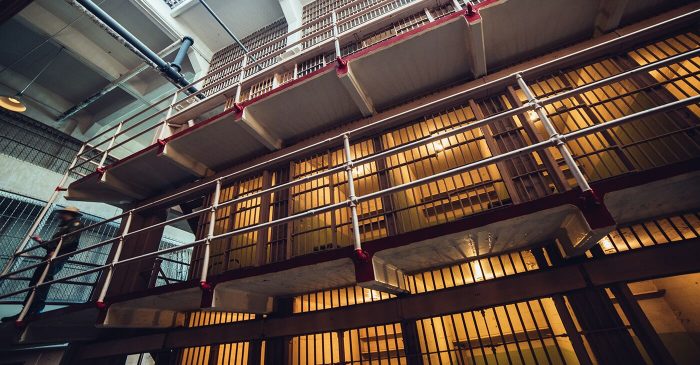 The result is a continuing cycle of poverty and incarceration that has a devastating impact on families for generations. (Photo: iStockphoto / NNPA)

The fact that African Americans make up a disproportionate amount of the United States’ prison population remains a defining characteristic of the nation’s criminal justice system, and though the latest numbers from the U.S. Sentencing Commission show a gradual change, many organizations said it’s still cause for alarm.

The most recent available report shows that African Americans comprise only about 12 percent of the total population in America, but still represent 33 percent of the federal and state prison population.

By contrast, 64 percent of American adults are White, but just 30 percent of those individuals are locked up.

It’s statistics like those that have some organizations and media outlets trying to get to the bottom of why America continues to lock up African Americans, particularly Black men. (The Vera Institute have continued to write about this issueand CNN now has a series called “The Redemption Project with Van Jones,”which airs Sundays at 9 p.m.)

According to the most recent U.S. Sentencing Report, which analyzed data over five years from 2012 to 2016, Black men serve sentences that are on average 19.1 percent longer than those for White men with similar crimes.

Without considering all of the facts involved per case, some might argue that criminal history and other mitigating circumstances come into play when a judge imposes a sentence – regardless of color.

However, the Commission’s report also debunks that view.

“Violence in an offender’s criminal history does not appear to contribute to the sentenced imposed,” according to the authors of the Commission’s study.

When accounting for violence in an offender’s past, Black men received sentences that were on average 20.4 percent longer than that of White men, the report noted.

The nonprofit Sentencing Projectfound that Black men are nearly six times as likely as White men to be incarcerated and for Black men in their 30s, one in every 10 are in prison or jail on any given day.

Though the gap is closing presumably because of stiffer policing in rural and predominately White areas and the opioid epidemic that’s hit White areas hardest, agencies in cities around the country are still trying to offer ways to stop the mass incarceration of Blacks.

According to a report from the Federation of Protestant Welfare Agencies(FPWA), if you are poor in New York City – especially if you’re a low-income person of color – there’s an increased likelihood that you’ll be drawn into the criminal justice system.

And once justice-involved, climbing out of poverty becomes harder, the report said.

Also, the report’s authors said the local government should be doing more to support those who are justice-involved, including those who are formerly incarcerated and those with parole, probation, and community supervision.

These individuals and their families struggle with access to housing, employment, educational opportunities, and meeting health and mental health needs and experience a patchwork of services that are under-resourced and not targeted to meet the complex challenges that come before, during, and after justice involvement, FPWA officials said.

The result is a continuing cycle of poverty and incarceration that has a devastating impact on families for generations, they said.

“If we are serious about ending mass incarceration, if we want to disrupt systems that criminalize the poor, we must better utilize and resource the organizations that are already providing critical services in these communities,” Jennifer Jones Austin, FPWA CEO and Executive Director, said in a news release.

“Systemic racism drives both poverty and the mass incarceration of low-income people, especially people of color. This cycle of poverty and criminal justice involvement feeds on itself and creates herculean barriers to achieving economic and social advancement, for those who have been justice involved and for their loved ones,” Jones said.

“There are proven ways to support communities experiencing high levels of poverty, income insecurity and incarceration. Human services organizations are a key part of those solutions,” she said.

There’s a need for more resources, “more compassion, and more political will to end the poverty to prison pipeline and we must also recognize the role of intergenerational trauma in creating the pipeline and provide mental health and trauma-informed services to those who are justice-impacted,” said Michael A. Lindsey, Ph.D., MSW, MPH, Executive Director of the McSilver Institute for Poverty Policy and Research at New York University.

“As recommended, let’s create a ‘trauma-informed New York,’ where health and human service providers, managed care companies, policymakers, governmental agencies, and community and faith leaders, have the tools to effectively work together to solve this crisis,” Lindsey said. 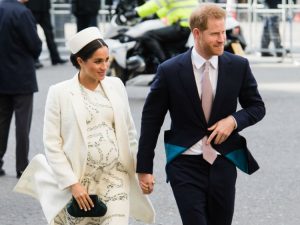 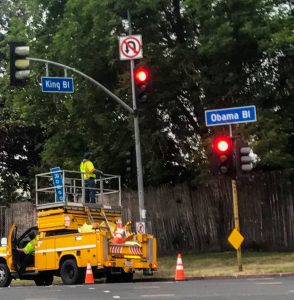 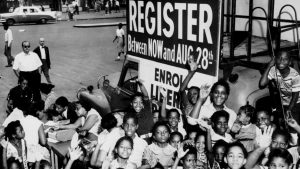