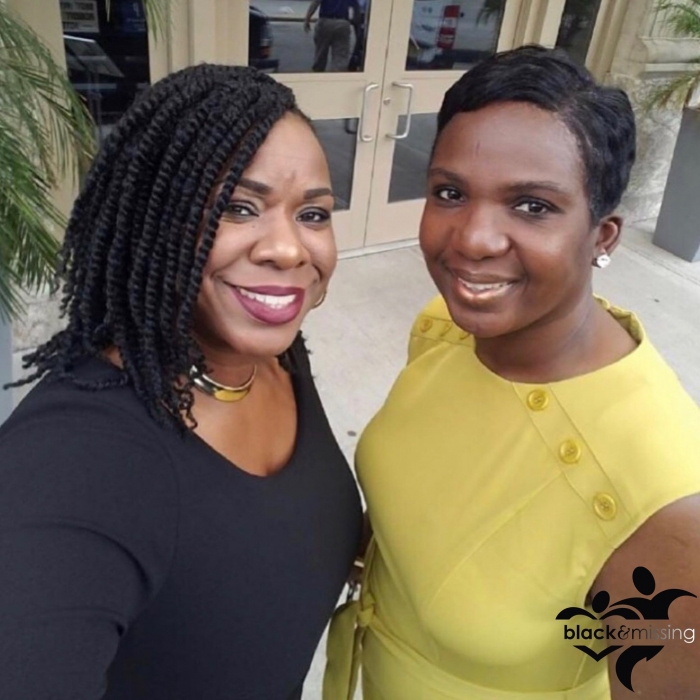 Derrica Wilson and Natalie Wilson founded the nonprofit Black and Missing Foundation to bring awareness and resources to missing persons of color and their families.

The case of Tamika Huston, a 24-year-old black woman who went missing from her Spartanburg, South Carolina, home on May 27, 2004, captivated Derrica Wilson and her sister, Natalie.

Howard went to law enforcement, and then she pitched the story to television outlets and shows like “America’s Most Wanted,” and “Dateline NBC.”

She also pleaded with major newspapers like USA Today.

The media, however, focused its attention on the so-called “Runaway Bride” Jennifer Wilbanks, and Laci Peterson, whose husband Scott would eventually be charged and convicted of her murder.

The Wilson sisters noticed what had become the norm for mainstream media when it comes to the plight of missing women and girls of color: there was little to no media coverage.

Because of that, in 2008, Derrica and Natalie started the nonprofit Black and Missing Foundation with a mission to bring awareness to missing persons of color and to provide vital resources and tools to missing persons’ families and friends.

In addition, the foundation’s goal is to educate the minority community on personal safety.

“Derrica’s hometown is Spartanburg, and we both noticed how Tamika’s family struggled to get any media coverage,” Natalie Wilson stated. “A little while after Tamika went missing, there was Natalie Holloway, and everyone was saying her name,” Wilson said.

“Derrica was a law enforcement veteran, and I am in media and public relations, so we decided to join forces to try and make a difference. We did some research, and, at the time, we discovered that 30 percent of all people missing were individuals of color,” Wilson stated.

Of the approximately 600,000 individuals currently reported missing in the United States, more than 200,000 are women of color, Wilson said.

According to the FBI, approximately 64,000 black women and girls are missing, despite that specific demographic accounting for approximately 7 percent of the U.S. population.

Because of the efforts of the Wilson sisters over the past 12 years, the Black and Missing Foundation has helped to find or bring closure to more than 300 cases of missing persons of color.

“We have made some inroads,” Natalie Wilson stated. “When we first started, we saw that our community thought that sex trafficking and missing person cases only happened abroad. But people began to realize that it was happening in our community, so with awareness, people in the community have become more aware and vigilant.”

Wilson said she hopes law enforcement and mainstream media begin to take more serious and immediate looks at cases of missing women and girls of color.

“We find that when people of color — men and women — go missing, automatically it’s assumed that there’s some criminal activity involved or they’ve just run away. They are stereotyped and not taken seriously,” Wilson stated.

When authorities classify a case as a runaway, there’s no Amber Alert, and the media tends to ignore the matter, she said.

“Even if they are runaways, we have to find them within the first 48 hours because we need to understand why they ran away and realize that many are lured into sex trafficking,” Wilson stated.

The Black and Missing Foundation also helps families immediately after they report a missing loved one. “Many times, the families don’t know how to file a police report, and often when the file the report, an officer tells them that it could be a runaway situation or maybe drugs are involved,” Wilson said.

Wilson said the foundation is a voice for the families, and everyone should have a role in bringing awareness to the plight of missing persons of color.

For more information about the Black and Missing Foundation, or to donate, visit  www.blackandmissinginc.com. 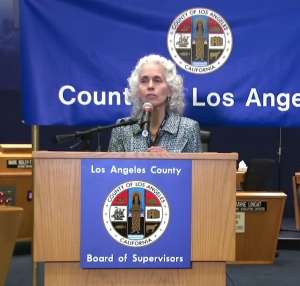 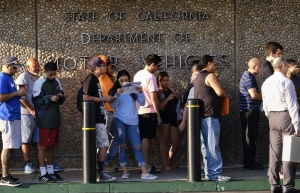 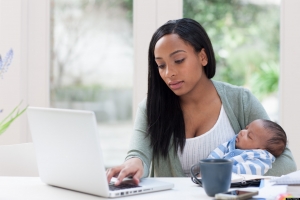 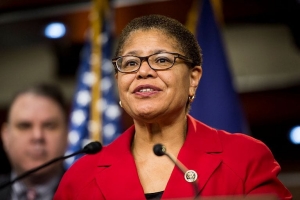