Thirty-seven years ago, Bishop Frank Stewart organized Zoe Christian Fellowship of Los Angeles and over the years, he witnessed the hand of God working to grow the ministry to positively impact hundreds, even thousands of lives.

But now, after a successful ministerial career, Stewart is stepping down from pastoral duties, however, he’s not retiring from life. On the contrary, his efforts will now focus on teaching, preaching and serving the people of God.

Still, Stewart will be busy. He will be instructing an online class called “Nuggets of Wisdom for Black Men” on Tuesdays at 11 a.m. at zcfla.org. Also, he will offer relationship classes for single and married people.

Stewart has gained lots of godly knowledge and experience during his eight decades of life. Born and raised on east 46th Street in Los Angeles, he was blessed with devout Christian parents, who taught him “fundamental and valuable life lessons,” he recalled. “Those lessons served me well and have lasted a lifetime.”

Growing up in the Church of God in Christ denomination, Stewart worked closely with his uncle, Bishop E.B. Stewart, who founded Pacific Mount Olive COGIC in Los Angeles. He served as a youth leader, Sunday School teacher and in other areas of the church.

After graduating from high school, Stewart first attended East L.A. College, but later transferred to Pepperdine University where he earned a Bachelor’s degree in business administration. He also obtained employment with a pharmaceutical firm. Everything appeared to be going well and then he received the call to the ministry and he answered that call by becoming the assistant pastor at Mt. Olive and later joining the staff of Crenshaw Christian Center at the request of Apostle Frederick K.C. Price.

“I was an assistant pastor with Fred Price for five-and-one-half-years, from 1976 to 1981,” remembered Stewart. “Then the Holy Spirit directed me to leave the church, but He didn’t tell me to start another church, so from 1981 to 1984, I traveled to different parts of the world doing evangelistic work. I visited Africa, Asia, Europe – I was all over the place,” he said with a laugh.

It was during this season of his life that Stewart’s faith in God really grew because, he said, that God took care of him and his family – literally and financially. He was still a young man and married with children, so he trusted the Lord to provide to see him through.

“I kept believing God and God took care of me. I left Crenshaw Christian Center staff, not because I was unhappy. I wasn’t unhappy, I was just doing what I believed God told me to do and it was one of the best experiences of my life,” Stewart said.

In 1984, God directed Stewart to start Zoe Christian Fellowship and he made an even bigger difference in the lives of people. Over the next four decades, he planted and oversaw more than 23 Zoe churches both domestically and internationally. In 2016, he appointed Bishop Edward Smith to be the overseer of the Zoe Churches.

Also, he established the Zoe Christian Leadership Institute, a training course designed to aid adults in discovering their purpose, leadership potential and divine calling. More than 3,000 people have graduated from the course.

The bishop also launched a community center offering classes for young people in arts, crafts and life skills. The curriculum is designated as the Summer Adventure Club and it accommodates up to 130 children each year. In 2003, the center opened a pre-school program.

Stewart founded the Zoe Christian Fellowship Endowment Foundation in 2005 to assist pastors in fulfilling specific visions to empower their communities. The foundation guided ministries in developing financial infrastructures and forming fundraising campaigns to improve the quality of life for residents in their neighborhoods.

Despite directing all of these activities, the bishop still devoted time to writing a number of books. He is the author of “Together We Stand Strong,” “The Secret Gifts of Black Americans” and the best-seller, “How to Share the New Birth and the Gift of the Holy Spirit.”

As he embarks on the next phase of his life, Stewart will likely stay just as busy doing God’s work as he has in the past. “My main thing in life is to follow what I believe the Holy Spirit is directing me to do. I’m just retiring from pastoring, but not from preaching and teaching,” he insists.

“I believe in letting God tell me what to do. I have a deep prayer life and meditate a lot, asking God what He wants me to do. A minister’s success comes from what he believes God is telling him what to do.” 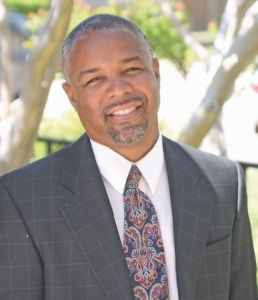 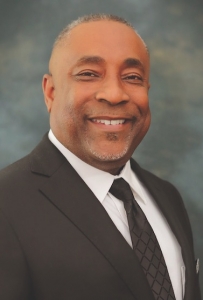 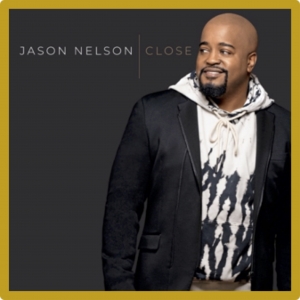 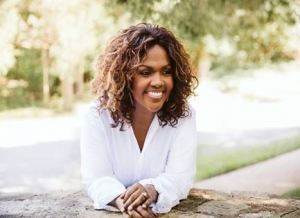 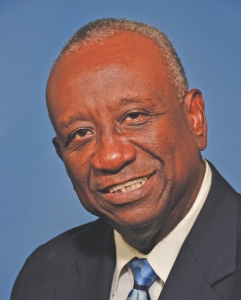 Words of the Week – Speak the Truth in Love 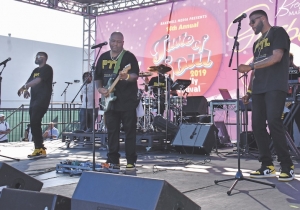