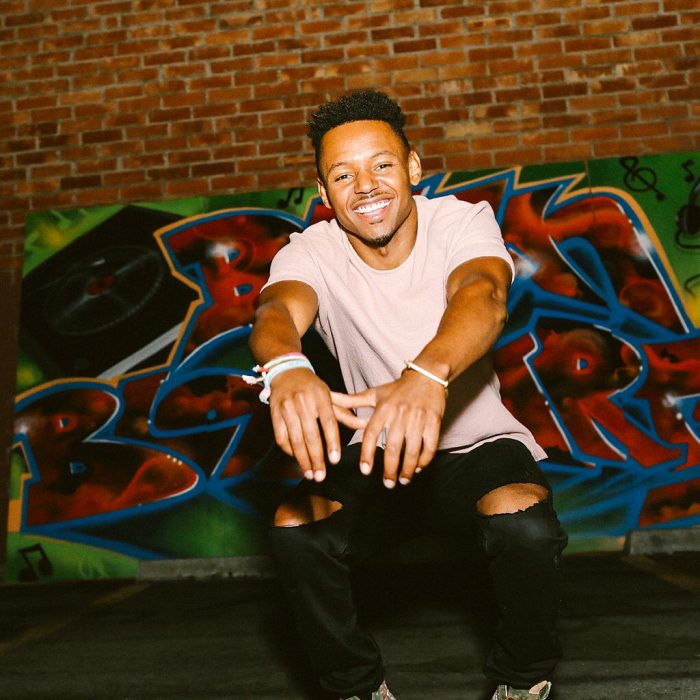 Seven years ago, international party-rocker and Baltimore native, Brian Henry, threw in the towel at his nine-to-five to pursue a career as a professional DJ, after taking just one six-week course at the Scratch DJ Academy in West Los Angeles. Today, he is known as one of the nation’s hottest young DJ’s but you can call him “DJ B-Hen”.

As a Morehouse College alum who studied economics, Henry took his education seriously. In fact, he was on the fast track to attend Harvard Business School (HBS). At the time, he was doing a prep program at HBS and UCLA Anderson School of Management.

“I completely hated my job, I hated my life, and I just wasn’t very happy. I realized we all have gifts and if we aren’t making use of those gifts, then those gifts will implode,” he said. “Often times, when people are angry and upset and frustrated, it’s not because of anything you have done, it has something to do with something that is within them that needs to be birthed. That’s what my experience was.”

Henry recalls the day he told his family and instructors he quit his job. 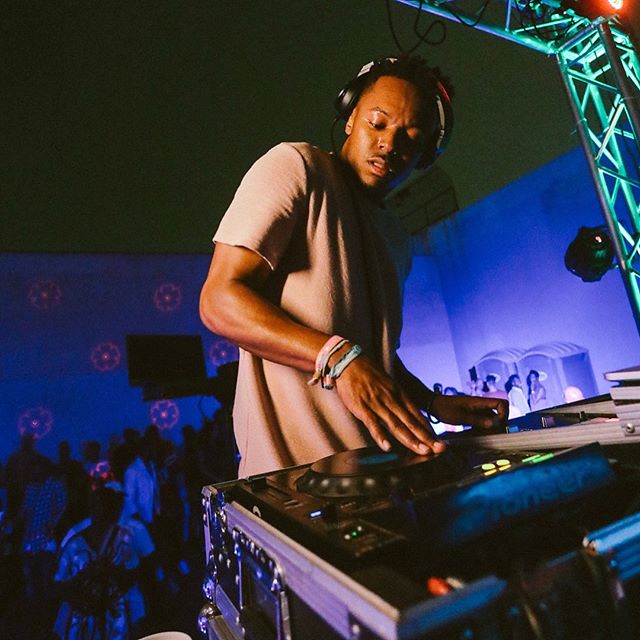 “What I realized, is when you get out of your own way, things manifest quickly. So quickly that my goals scare me.” (courtesy photo)

“My instructors told me, ‘don’t do that, don’t quit your job, you don’t understand how difficult DJing is.’ My dad thought it was the stupidest thing I could have ever done and my grandma said, ‘baby how you gonna pay your taxes?”

Since embarking on his journey, DJ B-Hen has gone from back yard barbeques to entertaining at local clubs in Hollywood, HBCU gigs, and weddings. This all led up to Henry becoming a reoccurring DJ on ‘ABC’s Good Morning America’ in New York City, going on an international tour with Grammy Award-winning recording artist Estelle, spinning at after party events for Pharrell, Usher, Katy Perry, and more. Henry’s track record doesn’t end there. He has also spun at the SLS Hotel in Beverly Hills, the Sundance Film Festival, New York Fashion Week, and Cannes Film Festival. This November, he will DJ for Spike Lee’s Netflix premiere of “She’s Gotta Have It.” Henry’s ultimate dream is to perform at music festivals like Coachella arts & music festival and Lollapalooza.

Henry’s proudest and memorable career highlight is performing for the former First Lady of the United States, Michelle Obama, at a wedding reception for the First Lady’s closest aide. Since then, the young DJ has been invited to entertain at a private event for the Obamas, he has also developed a personal relationship with the family and sees Barack and Michelle Obama as mentors. “By far, that’s the part of my career that I am most proud of; not solely because of the caliber of who they are, but I think what it really is the opportunity to see where your dreams will lead you if you only believe,” he said. “If you only really focus on that which is great about yourself and push out all the negative thoughts that we often have of why we are less than, and make use of those gifts it can lead you to the White House.”

Aside from Henry’s passion for Djing and music, is his life’s devotion to raising awareness to eradicate breast cancer.

According to Henry, African American women die at a disproportionately higher rate from breast cancer, in comparison to their White counterparts. He goes on to say, “in Los Angeles County alone, if you are an African American and are diagnosed with breast cancer as a women, you’re 57.4 percent more likely to succumb to this disease.”

Henry believes that Black women do a great job at taking care of everyone else first, and at times, fail to focus on themselves.

“They take care of the husbands, their daughters, sons, their communities, their church, and put themselves last,” he said.

“That, combined with the fear that is associated with getting a mammogram, along with the socioeconomic disparities that we have within our community, as well as, just this general fear that African Americans have of physicians.” 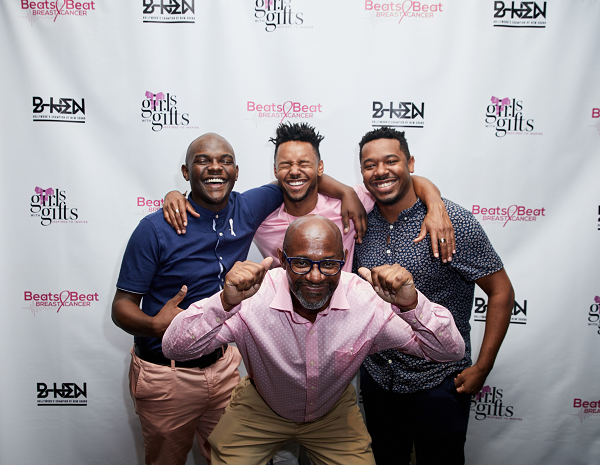 Recently, in honor of Breast Cancer Awareness Month, Henry held his annual multi-city, music-based event series, Beats to Beat Breast Cancer. The non-profit, which launched in 2014, curates a celebration of life, while honoring those who lost their lives to the disease, and encourages people to use their passion to drive change and raise awareness for the fight against breast cancer. All proceeds donated to the non-profit will go toward the American Association for Cancer Research for cancer awareness, research, and prevention.

Henry believes that music can be used as a tool to uplift the spirits of those who are battling the disease by giving them a greater sense of positivity and warmth.

“Although we all aren’t musically inclined, we all do march to the beat of our own drums. Your beat is your passion, it’s your purpose, it’s your gift, it’s the thing that drives you,” said Henry. 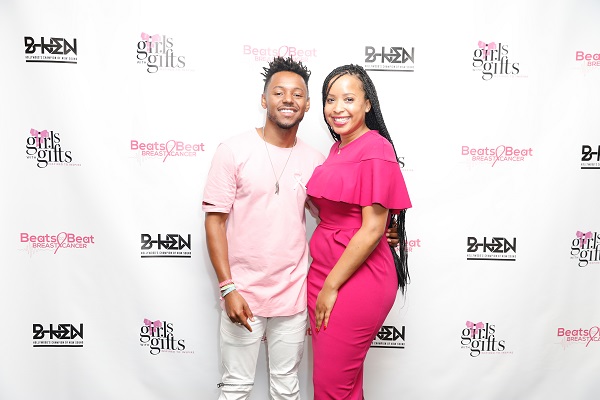 “Whether you are a veterinarian, an accountant, or whatever, your job function is, if you’re passionate about it, that’s your beat and we can use our respected beats to help beat breast cancer.”

The event was inspired after Henry lost both his godmother, Linda Hamlett, and mother, Tracy, who passed away at the age of 35 after a 14-month battle with the disease, while he was a senior in high school. Each year, B-Hen uses the event to honor their legacy.

“My mother by far was the light, she was always optimistic. She was the type of person who knew the answer before I knew the problem,” said Henry. 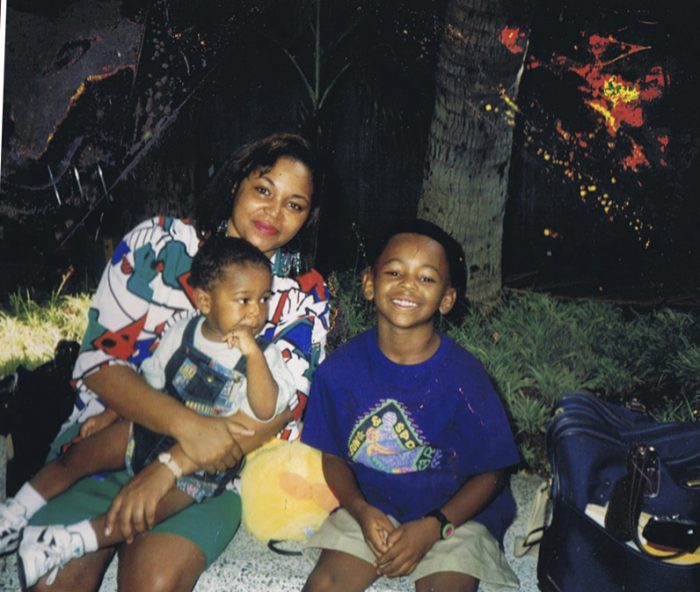 A young DJ B-Hen poses in a picture with mom Tracy Henry, and brother Ryan Henry (photo courtesy of the Henry family)

“She was so upbeat and generous, and giving, and always saw things from a different lens. She just brought that sense of light, peace, sincerity, warmth, and love that I think men don’t always admit so freely.”

He goes on to discuss the ways in which is mother encouraged him to strive for greater goals than she did.

“She and my dad had me at the age of 18, and she always instilled upon me, ‘you got a few options, and I know you will choose the right one; you can go to college, you can go get a job, go to the military, or you can get the hell out my house.’ She said it jokingly but she really meant it. She wanted me to go to college, so that I could create opportunities for myself that she wasn’t able to and it’s upon her shoulders and my dad’s shoulders that I stand to do the things I have been able to do and I am overwhelmingly thankful.”

At this year’s event, Henry saw attendees use their beats in different ways. From hairstylists agreeing to buying hair and creating wigs for people who are battling the disease, to photographers and web developers who lend their services. Some corporations agreed to match the number of donations raised at the event.

Looking back at his life, Henry never thought he would be this successful at such a young age.  Throughout his journey to becoming a successful DJ, Henry made many sacrifices including personal and financial.

“What I realized is, when you get out of your own way, things manifest quickly. So quickly, that my goals scare me,” he said. “I set a goal, do the vision boards, I pray upon it or even sometimes, just put it out there and let it go and then I would be amazed as to how it would manifest.” 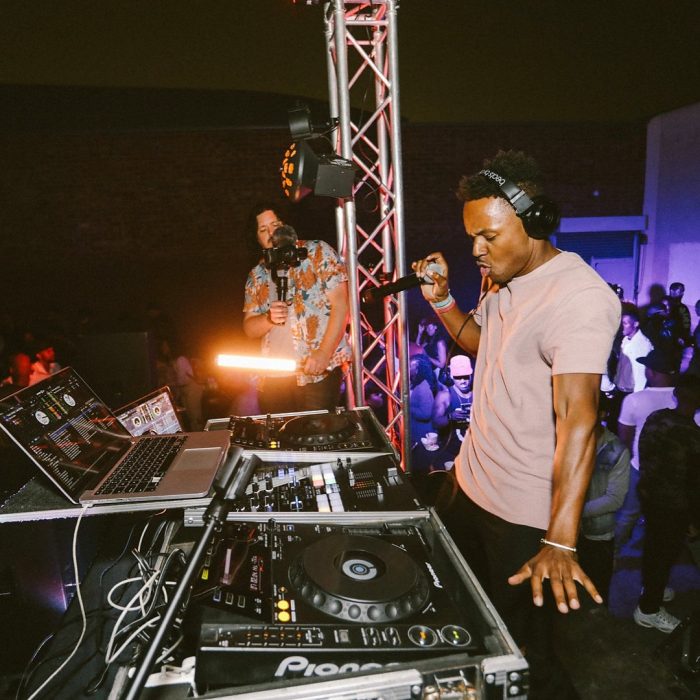 “No, I didn’t think I would amass this level of success, but I understand the law of attraction, the law of cause and effect, the law of giving, and I am thankful and it’s time to set some new goals.”

To find out how you can get involved with Beats to Beat Breast Cancer,  contact Henry at [email protected] and visit www.beatstobeatbreastcancer.com. Stay up-to-date with DJ B-Hen’s latest projects by following him on Instagram, Twitter, and Facebook @DJBHen and visit www.djben.com 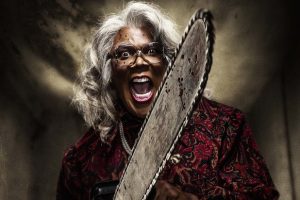 Taste of Soul Media Day Kicks Off The Festival 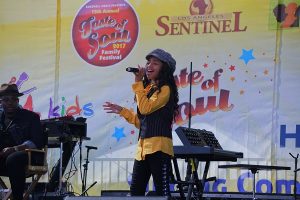 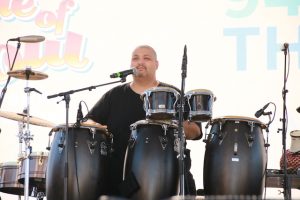 94.7 The Wave Main Stage Wowed Festival-Goers at the 12th Annual Taste of S...