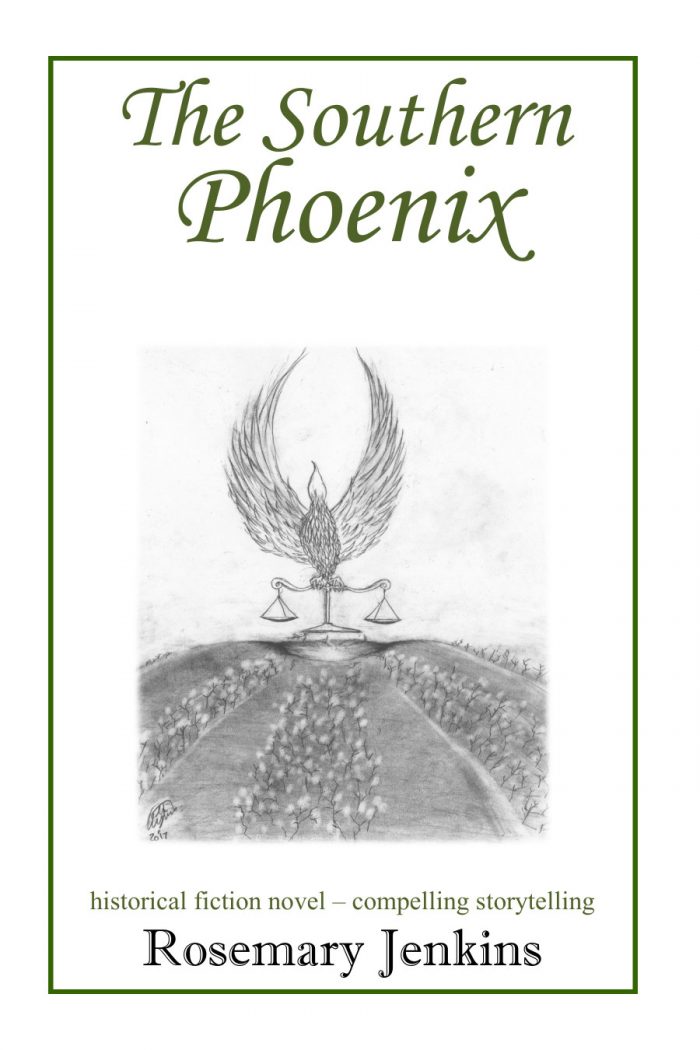 Rosemary Jenkins began her writing career as a published author after the release of “Leticia in Her Wedding Dress: and Other Poems” and two non-fiction books, “A Quick-and-Easy Reference to Correct Grammar and Composition,” and “Vignettes for Understanding Literature and Related Concepts.”  Now, the established writer is ready to discuss her new book, “The Southern Phoenix.” The 344 page-turner is a historical fiction novel with a compelling story reflecting on the lives of Jenkins’ relatives.

The book, which takes readers on a journey through America during the mid-1900s, discusses sit-ins down South, the 1965 Watts Riots, fair housing issues, amongst many other topics. The intense read introduces readers to the main character and protagonist, John David Johnson, also known as Ba’ Bro’. Throughout the novel readers learn of his wants, needs, and frustrations in life. They also witness Ba’ Bro’ becoming a man and as Jenkins likes to say, “rise from the ashes and become a Phoenix in his own right.”

Aside from being an author, Jenkins has also devoted her life to teaching which she views as her profession and avocation. Jenkins says her inspiration for writing the book comes from working as a teacher.

“Once when I was teaching at Jefferson High School, I would assign research topics. I realized that the school library [at the time] had next to nothing on Black history and I was astounded to hear that [when] 99 percent of the students at Jefferson at the time were Black,” said Jenkins.

“So, I would have to go to my local library, check books out, and bring them back to Jefferson. So, as I mentioned in ’79. I went down South and picked up a lot of anecdotes from various people and visited various historical places and the following spring, I was just inspired to start writing the book.

Jenkins goes on to say that she wanted her novel to reflect the journey of Black people in the last century.

“I know more recently, there have been movies and some books but I wanted something that really reflected the history without gratuitous sex and violence. That way kids from ages 12 and up, would be open to reading it,” she said.

For that reason, she envisions the book being used in schools, colleges and universities. What’s next for Jenkins? A YouTube Series for the novel. The series titled, “Insights into The Southern Phoenix–an historical fiction book by Rosemary Jenkins,” is set to appear in May. Additionally, the author told the Los Angeles Sentinel that a new book is currently in the works. Jenkins’ new book titled “Juvenile Offenders: from Big Wheels to the Big House,” is a four part non-fiction book discussing various inmates and their journey from youth to prison and other justice issues.

“The Southern Phoenix” is available for purchase in paperback, hardback and Kindle on Amazon, Barnes and Noble and directly through the publisher.  To contact the author or for more information on the YouTube series call (818) 667-3280 or email [email protected] .