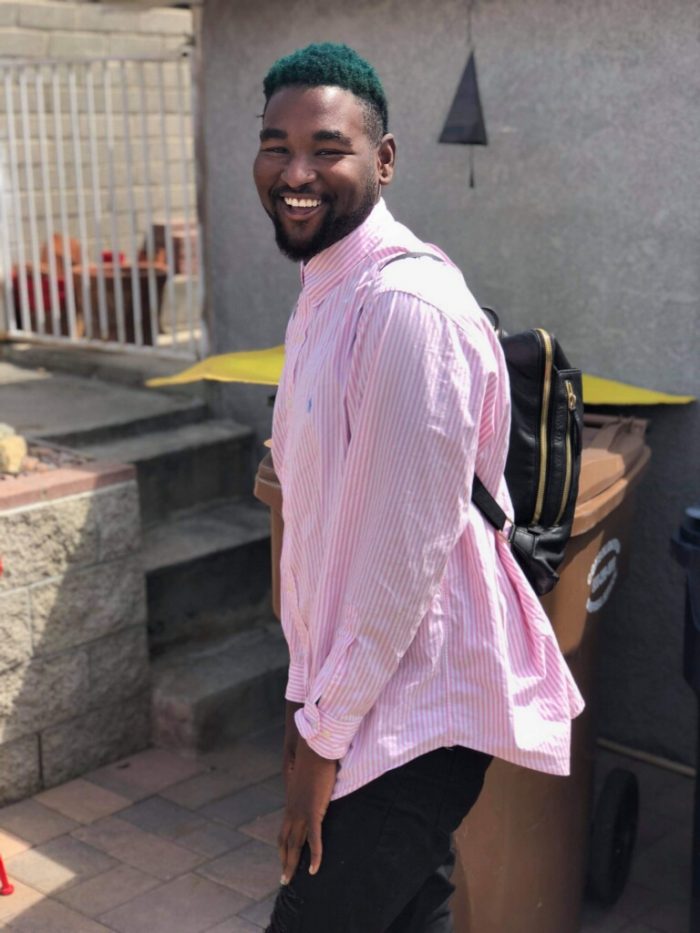 A 21-year-old man who was fatally shot by a security guard at a Hollywood Walgreens store was not shoplifting, but was targeted because he was Black and gay, an attorney for the man’s family said today.

Jonathan Hart, 21, who was homeless and was also known as Sky Young, was fatally shot at 8:10 p.m. Dec. 2 inside the store at Sunset Boulevard and Vine Street.
The guard allegedly claimed that Hart was shoplifting. Authorities said there was a brief confrontation between the unarmed Hart and the unidentified guard, who opened fire when Hart tried to leave the store.
An at emotional news conference, attorney Carl Douglas said Walgreens only has armed security guards at four stores in the Los Angeles area.
“Each of these stores are in the Black, Brown and homeless and LGBT communities, and we want to know why,” Douglas said on behalf of Hart’s family.
Walgreens issued a statement saying the company has “extended our deepest and most sincere condolences” to Hart’s family, and noting that as a result of the shooting, “we immediately terminated the security company.”
“We are committed to providing a safe environment for our employees, patients and customers in the communities we serve,” according to the company.

“We contract for armed and unarmed security, as well as video surveillance, in our stores based on the public safety needs of each location. We operate in thousands of communities and neighborhoods across the nation and the suggestion that we would inappropriately serve any community is simply false. We firmly believe everyone should be welcomed and treated equally in all of our stores.” 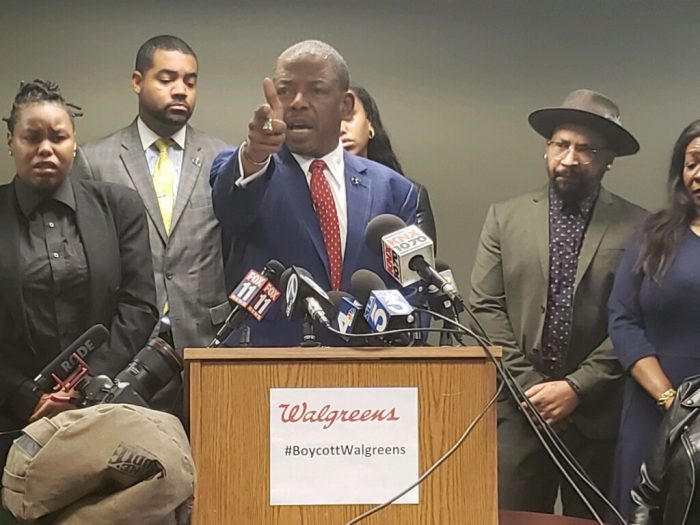 Attorney Carl E. Douglas said he plans to file a lawsuit against Walgreens seek-ing $525 million in damages for the killing of Jonathan Hart. (courtesy photo)

Douglas insisted that Hart was not shoplifting. He said Hart and another Black man were in the store, and at one point while inside the store, one of them picked up a $2.99 water flavoring product. The guard confronted the men and got into an argument with Hart, the attorney said.
“The guard feels the man push him one time,” Douglas said. “The guard pushes the man back one time. The guard watches as the man turns to run toward the back door. The guard raises his gun and points at the man. The guard says, `Freeze,’ as the man travels toward the door. The guard fires one shot, striking the man in the back of the neck. The guard watches as the man crumbles to the ground.”
Hart died at a hospital. Douglas said the only thing in Hart’s hands when he died was a California ID card.
“Jonathan was not shoplifting,” he said. “Let me repeat that. Jonathan was not shoplifting when he was shot. That’s the propaganda Walgreens wants you to report.”
He added: “I dare say, Jonathan Hart was profiled because he was homeless. He was harassed because he was gay and he was shot because he was Black.”
Douglas said he plans to file a lawsuit against Walgreens seeking $525 million in damages and an explanation about why it has armed guards only at stores in minority communities.
“The only way that we will be able to make our community safe for all the Jonathan Harts of the world is by hitting Walgreens where it hurts,” he said.
ADVERTISEMENT
ADVERTISEMENT
Categories: Local | News
Tags: attorney Carl Douglas | Gay Man Shot at Hollywood Walgreens | Hollywood LGBT community | Hollywood Walgreens shooting | Jonathan Hart | Jonathan Hart killed | Jonathan Hart killed at Walgreens | LGBT communities | LGBT community | Sky Young | Sky Young and Walgreens shooting | Walgreens shooting