Implementation of Strict Reporting and Prevention Policies and Programs Result in Decline in Incidents and Promote Reporting of Past Misconduct Year Over Year–Out of concern for victim-survivors of abuse and in continued commitment to transparency, the Archdiocese of Los Angeles released an update to the 2004 Report to the People of God list of the names of priests who were either publicly or credibly accused of misconduct with minors.

At a press conference at the Cathedral of Our Lady of the Angels, Archbishop José H. Gomez was joined for the announcement by Retired Los Angeles Superior Court Judge and Founding Chair of the Archdiocesan Clergy Misconduct Oversight Board Judge Richard Byrne, and Victims Assistance Coordinator Dr. Heather Banis.

“Priests and other clergy found to have abused must answer to God for their sins, they must be held accountable by law enforcement for any crimes, and they must be removed and never again entrusted with ministry in the Church,” said Archbishop Gomez. “Still, every case of child sexual misconduct is one too many, a harm committed against an innocent soul, a sin that cries out to heaven for justice, reparation, and healing. We owe it to the victim-survivors to be fully transparent in listing the names of those who perpetrate this abuse. Again, I encourage others who might have been injured to come forward.”

The 2018 Update includes names of priests that have been credibly accused since 2008, when the last update of the 2004 Report to the People of God was issued. Since 2008, the Archdiocese has made announcements of living priests that have been accused at the parishes and ministries where they served. Out of respect and deference to the victim-survivors who made reports that could not be corroborated, the Archdiocese has also included in the 2018 Update names of priests where there is a single, “plausible” report of sexual misconduct against the priest which could not be confirmed or investigated since the priest was deceased or had left the Archdiocese long before the allegation of misconduct was received.

The 2018 Update showed that since 2008 the Archdiocese received reports of allegations of misconduct involving minors at the time of the report against two priests, Juan Cano and Jose Cuevas. In accordance to Archdiocesan policies concerning allegations of misconduct, each of these priests was removed from ministry and the allegations were reported to law enforcement and investigated by the independent Clergy Misconduct Oversight Board. Upon receiving the Board’s conclusions that the accusations were substantiated, Archbishop Gomez permanently removed the priests from ministry, and they are now the subject of proceedings to remove them from the priesthood. In addition, resources for healing were offered to the alleged victims through the Office of Victims Assistance when the allegations were reported.

Also, in 2016, the Archdiocese was informed by the Diocese of San Bernardino of an incident in 2010 with a minor that occurred in San Bernardino involving, Roberto Barco, an extern priest from Argentina who was the serving is Los Angeles in 2016. The remaining names in the 2018 Update involve allegations made by individuals who were adults when they reported allegations of sexual misconduct that occurred when the reporting person was a minor. Most of these allegations involve sexual misconduct that allegedly occurred decades before the allegation was reported, including plausible allegations against deceased priests or priests who had long ago left the Archdiocese. Victims Assistance Coordinator for the Archdiocese of Los Angeles, Dr. Heather Banis, a trained clinical psychologist, noted the importance of the inclusion of plausible allegations.

“Coming forward and reporting abuse or misconduct is one of the hardest things to do after suffering a betrayal trauma as a child,” explained Dr. Banis. “While the allegation may not be able to be corroborated because of time passed, the death of the accused or the ability to investigate, the Archdiocese is sending a clear message to victim-survivors that they are being heard, and all allegations will be respected.”

The Archdiocesan release today also includes an update to a graph published in 2013 with the release of the clergy files of priests in the 2007 Global settlement. The updated graph demonstrates the incidents of reported misconduct from 1930 through 2018 in the Archdiocese of Los Angeles with a continued decline in incidents year over year since strict reporting and prevention policies and prevention programs were established in the Archdiocese under Cardinal Roger Mahony and continued by Archbishop Gomez.

“I thank all of the lay volunteers and staff of the Archdiocese who have dedicated countless hours for more than 15 years at our parishes and schools to implement abuse prevention and reporting programs and support victim-survivors,” added Archbishop Gomez. “They are a testament to the commitment of our entire Archdiocese to ensuring the safety and well-being our children and young people in our local Church.”

The Archdiocese’s Clergy Misconduct Oversight Board, which includes healthcare, legal and social service professionals as well as a victim-survivor and clergy, reviewed the allegations, supervised investigations and made recommendations concerning the 2018 Update. Publication of the 2018 Update has been personally reviewed and approved by the founding Board chairperson, Judge Richard Byrne (Ret.), and by the current Board chair, an active medical practitioner.

Archbishop Gomez and the Clergy Misconduct Oversight Board have also determined that this listing and information on those accused will be regularly updated as an additional measure to ensure transparency in the archiving of names of priests accused of sexual misconduct involving minors.

For the full 2018 Update to the Report to the People of God and more information on the reporting and prevention efforts of the Archdiocese, visit protect.la-archdiocese.org. 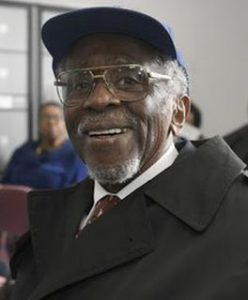 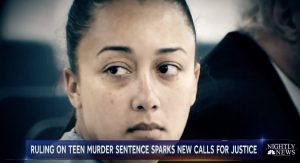 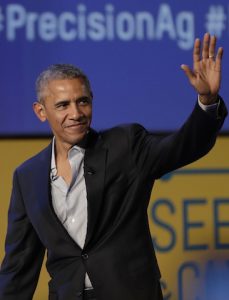