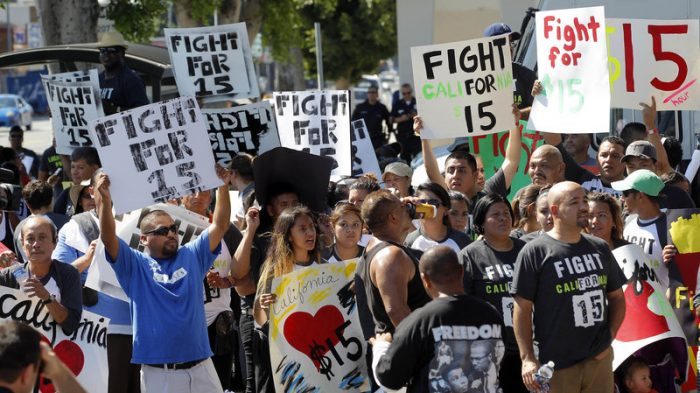 Across the nation this week, fast food, home-care, child-care and other workers rallied in cities including Chicago, Detroit, Houston, Minneapolis and New York for the implementation of higher minimum wages. Here in Los Angeles, two groups of demonstrators gathered on the Upper Level at LAX, with one group on the north side and the other group on the south side, marching toward the Tom Bradley International Terminal, in support of a $15 an hour wage. The Service Employees International Union, a group who took part in organizing the protest said it was in response to “the recent election of politicians who threaten an extremist agenda to move the country to the right.”

According to news reports, the protest ended peacefully last Tuesday. Several arrests were made earlier that day after protestors rallying for a national $15 minimum wage blocked the intersection of Seventh and Alameda streets in downtown Los Angeles, reported CBS.

Police stood by as the peaceful demonstrators formed a circle in the street while hoisting signs saying “the whole world is watching” and “Fight for $15.” Forty people were arrested for blocking the intersection.