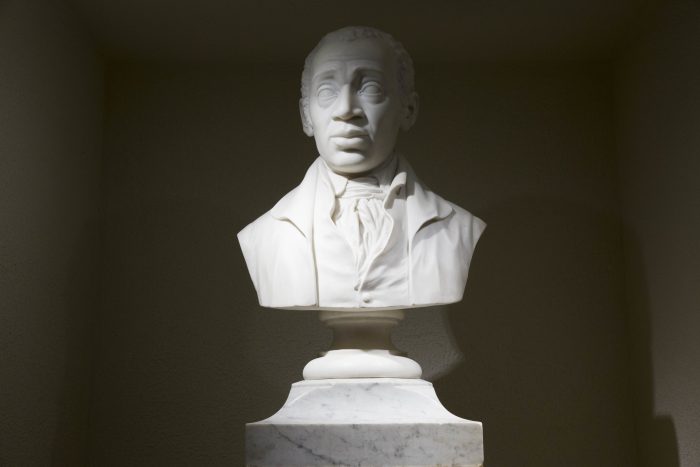 A bust of Bishop Richard Allen stands at Mother Bethel African Methodist Episcopal Church in Philadelphia, Wednesday, July 6, 2016. The church marks its 200th anniversary in the city where it was founded by a former slave. (AP Photo/Matt Rourke)

PHILADELPHIA (AP) _ The African Methodist Episcopal Church, founded by a freed slave who created a new religion rather than endure racism from white worshippers, is marking its bicentennial in its birthplace of Philadelphia.

As many as 30,000 people are estimated to be in the city for the AME Church’s general conference, which started July 6 and runs to July 13. Presumptive Democratic presidential nominee Hillary Clinton stopped by the conference Friday, courting the black voting bloc that will be key to her success in November.

From its roots more than 200 years ago, the African Methodist Episcopal Church has been embedded in the struggle for freedom and equality, and draws on its rich past to remain a powerful political and religious force in American culture.

“There’s a recognition that this is a denomination that represents African-American excellence, independence and autonomy,” said AME historian Christina Dickerson Cousin. “The AME Church is pretty much as old as the country itself. What other African-American institution can say that?” 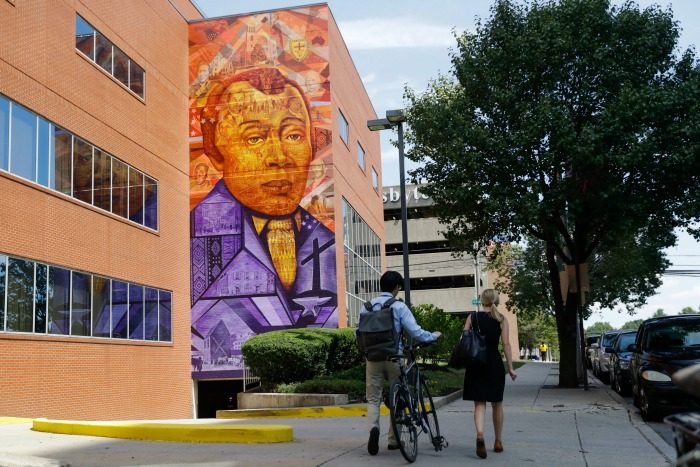 People walk past a Philadelphia Mural Arts Program piece depicting Bishop Richard Allen and the African Methodist Episcopal Church, in Philadelphia, Wednesday, July 6, 2016. The church marks its 200th anniversary in the city where it was founded by a former slave. (AP Photo/Matt Rourke)

Today, the AME Church boasts more than 2.5 million members, with 6,200 congregations in 39 countries. It began with a handful of free blacks determined to start their own church, rather than endure the indignities of racism.

Richard Allen was born into slavery in Philadelphia in 1760 before buying his freedom in Delaware before he was 20 years old. He returned to the city in the 1780s and became a minister. After white leaders at a Methodist church attempted to oust Allen and several other black worshippers from a service during prayer, the group left the church and formed what would eventually become Bethel AME in 1816.

Known as Mother Bethel because of its history, the church was a stop on the Underground Railroad, on which Harriet Tubman led hundreds of enslaved blacks to freedom. After the Civil War, the AME Church founded several historically black colleges, including Morris Brown College in Atlanta, Paul Quinn College in Dallas and Wilberforce University in Ohio. The AME Church was also central to the civil rights movement, serving as a meeting place and rallying point for foot soldiers.

Presidents, first ladies and presidential candidates have frequented AME churches and conferences. Last year, President Barack Obama spoke at Mother Emanuel AME Church in Charleston after nine of its worshippers were killed during their regular Wednesday night Bible study meeting by a white gunman who specifically targeted the church for its history of rebellion and independence. Its pastor, the Rev. Clementa Pinckney, was also a state legislator.

“That shooting was probably a reminder to the church, especially, that we haven’t come as far as we would’ve liked on the issue of race,” said University of Pennsylvania religious studies professor Anthea Butler. “Part of the creation of the AME Church was about racism to begin with. It shows the connection between the political and the social, but that’s part of the history.” 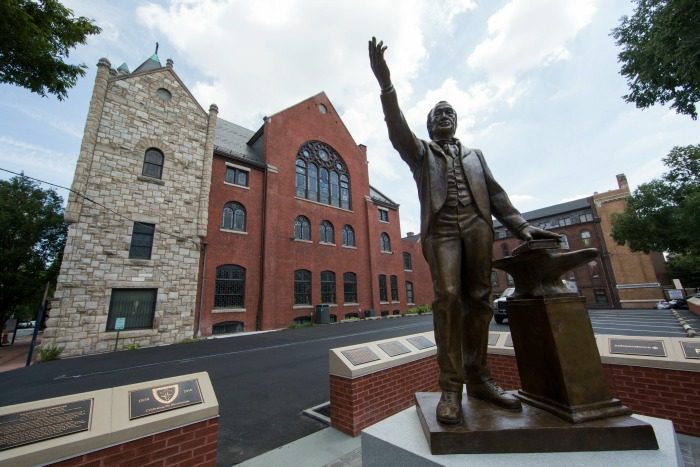 A sculpture depicting Bishop Richard Allen stands in front of Mother Bethel African Methodist Episcopal Church in Philadelphia, Wednesday, July 6, 2016. The church marks its 200th anniversary in the city where it was founded by a former slave. (AP Photo/Matt Rourke)

“Richard Allen was `Black Lives Matter’ before there was `Black Lives Matter,”’ Tyler said, referring to the movement launched in recent years around the police shootings of largely unarmed black men and boys. “As opposed to simply starting a church, they began a movement. It’s not just about worship, it’s about educational opportunity, economic empowerment and raising the community. Self-determination is so critical to our identity.”

The church remains engaged in activism. During its convention this week, pastors participated in marches after two black men were shot by police this week in Baton Rouge, Louisiana, and Falcon Heights, Minnesota.

As part of its bicentennial celebration, a statue of Allen was unveiled last week at Mother Bethel, and a mural of Allen is now on the organization’s First District building in Philadelphia. Earlier this year, the United States Postal Service also dedicated a stamp to Allen.