Padilla was re-elected in November with 64.5 percent of the vote. He received 7,909,521 votes—the most votes any Latino has received in a statewide election in US History.

The following are Secretary Padilla’s remarks, as prepared, following his oath of office:

My fellow Californians, thank you for your support and for the honor of being able to serve as your Secretary of State for another term.

Four years ago, when I was first sworn in as Secretary of State, I stood on this very stage and pledged to work tirelessly to bring more Californians into the democratic process.

I made that promise based on our shared belief that we are a stronger democracy — and a better California — when voices from every corner of the state are heard and counted.

That promise is rooted in the most basic right afforded to all American citizens: our right to vote.

Our work in California to ensure that our elections are free, fair, and accessible to all comes at a pivotal moment in our nation’s history.

We face a President determined to roll back the clock on voting rights, ignore direct attacks to our elections, undermine the census, and demonize immigrants.

In these unprecedented times, our determination, to never waiver in our belief that our right to vote is fundamental, has never been more critical.

So I’m doubling down on our fight in Sacramento — and in Washington, DC — to defend our democracy.

And working on the front lines with so many of you, I know that our collective resolve has never been stronger.

And this is why in the face of cynical efforts to suppress the vote in dozens of states across the country, and documented efforts by foreign adversaries to undermine the integrity of our elections and public confidence in our elections, I am proud to report that Californians have responded with record high voter registration and record voter turnout. Both enabled by our work to increase election security and accessibility.

Voter registration is at an all-time high — 19.7 million Californians were registered to vote going into the 2018 general election.

And turnout is up — more than 12.5 million Californians cast a ballot last November.

That’s nearly a 65 percent turnout — the highest in a Gubernatorial election since 1982.

Our work during my first term has made a real and direct impact on Californians showing up at the polls.

We introduced online Pre-Registration for 16- and 17-year-olds and nearly 300,000 young people have done so.

More than 775,000 previously eligible, but unregistered voters have been registered to vote!

California Motor Voter has not been without its challenges, so I want to be clear about this: I will work with the new Administration and new leadership at DMV to make sure the necessary oversight and accountability measures are in place to ensure the integrity of the program and voter registration data.

But we will do so in a way that honors our responsibility to facilitate voter registration and civic participation.

And as much as we’ve worked to a register a record number of voters, we’ve been equally committed to make voting more accessible.

The 2018 election was also the debut of the Voter’s Choice Act, a new way of administering elections that offers voters more choices for when, where, and how to cast their ballot. Five counties chose to modernize their elections in 2018 — Madera, Napa, Nevada, Sacramento, and San Mateo — and all five exceeded the statewide record turnout!

But while we have reached historic achievements to strengthen our democracy, we’ve done so while also confronting unforeseen and unprecedented challenges.

We’re living in an era of efforts to suppress the vote in dozens of states across the country — and with foreign adversaries seeking to undermine our elections.

We have a President who refuses to acknowledge foreign interference in the 2016 elections and who continues to make baseless claims of massive voter fraud.

At every turn, we have stood up to these challenges.

When Trump created a so-called voter fraud commission and appointed a who’s who of voter suppression zealots who demanded the personal data of every voter in America: we pushed back.

I was the first Secretary to refuse their request. Soon after, most Secretaries of State across the country, both Democrat and Republican, also refused. Less than a year after it was formed, Trump dissolved the commission.

While that threat subsided, another continued to rise…

Cyber attacks and disinformation campaigns by foreign adversaries continue to menace our elections.

While California maintains rigorous testing and certification requirements for voting systems, including the use of paper ballots, a voter-verified paper trail, keeping voting systems offline, and post-election audits, these new threats require that we do much more. And we have.

We successfully appealed to the Governor and the Legislature for state funding for voting system upgrades and replacements.

Fully leveraged, this represents a $268 million investment in election infrastructure modernization. This is a great step, but we’ll need sustained funding to successfully counter the on-going threats to our elections.

In the weeks leading up to the election, we made 42 million impressions via social media, aimed at all voting age Californians.

And we also deployed a new social media monitoring tool to identify disinformation. We reported nearly 300 posts to Facebook and Twitter last November — each with the potential to mislead millions of voters.

98 percent of the misleading posts we reported were promptly removed by social media companies.

While we’ve been successful in protecting our elections from foreign interference, cyber threats and disinformation campaigns are not going away. In fact, they’re the new normal.

Those who seek to undermine our democracy will continue their efforts — with increased frequency and sophistication.

So we must remain vigilant. We must act with resolve. And we must never waver in our work to defend against nefarious actors.

In the years ahead, I will work with Governor Newsom and the Legislature to make the necessary investments to protect our electoral process.

I am proud of all that we have achieved, not just in elections, but throughout our agency.

We’ve made it easier to do business in California. We simplified filings for hundreds of thousands of businesses thanks to our new bizfile California portal. Less paper, less delays.

We’re modernizing the State Archives through digitization initiatives that are making our state’s history more accessible to all Californians.

I’m particularly proud of our award-winning partnership with the Google Cultural Institute which has brought curated exhibits online to showcase California history in a way that is easier to access and enjoy.And we are on track to replace Cal-ACCESS by the end of 2019, to make it easier for the public and the press to better track the flow of money in state politics.

But as we look to the future, we still have a lot of work to do.

For starters, our next statewide Election Day is only 14 months away.

We have taken the bold, but important step of moving up our Presidential Primary Election to the first Tuesday of March.

Californians deserve a real say in determining the nominees for President of the United States, and an earlier primary provides that opportunity.

And speaking of 2020, I will also work to ensure that every Californian is counted in the 2020 Census.

Our fight is well underway against the Trump administration and their efforts to undermine our decennial national population count.

The census has been understaffed and underfunded.

While the 2020 Census will be the first digital census in history, a digital divide still persists in California and throughout the United States.

The Trump administration plans to question the citizenship of every person in America in a thinly veiled attempt to discourage diverse communities — like the many in California — from participating in the census.

And in case your news source of choice hasn’t mentioned it, the Census Bureau is part of the government shutdown that has gone on for 17 days now with no end in sight.

The Census serves many important purposes. It determines federal funding formulas for the next decade. At stake are billions of dollars for healthcare, education, and transportation.

The decennial census data also drives reapportionment and redistricting. An under count in California jeopardizes our representation in Congress and our voting rights.

I’m proud to support Attorney General Becerra’s lawsuit to have the citizenship question removed. And my office will leverage our statewide outreach and communication resources to educate all Californians about the importance of being counted.

It is clear, we have much more work to do. And the challenges that lie ahead are great.

We accept the ongoing challenge to ensure the security, accessibility, and inclusivity of our elections.

We will continue to modernize our Business Programs Division and make it even easier to do business in California.

We will shine a brighter light on money in state politics.

We will increase public access to California’s complete history contained in the Archives.

And we will step up to the monumental task of ensuring that every Californian counts in the 2020 Census.

Our challenges may be great, but our resolve is even greater.

I look forward to working with the great women and men at the Office of the Secretary of State and with all of you to meet our challenges head on and deliver for all Californians.

I thank you all again for your support. 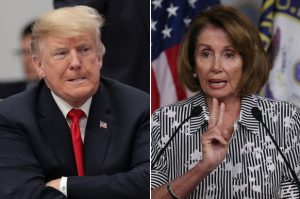 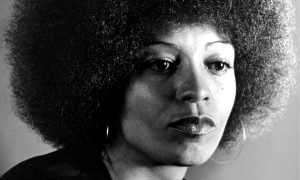 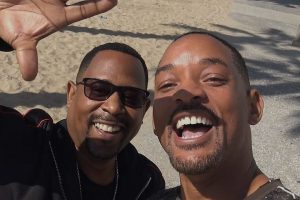 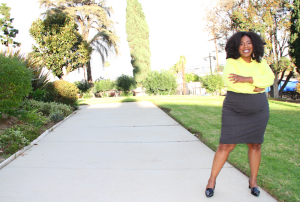 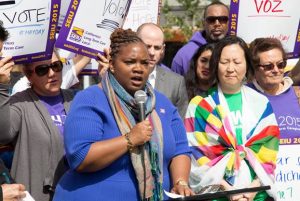