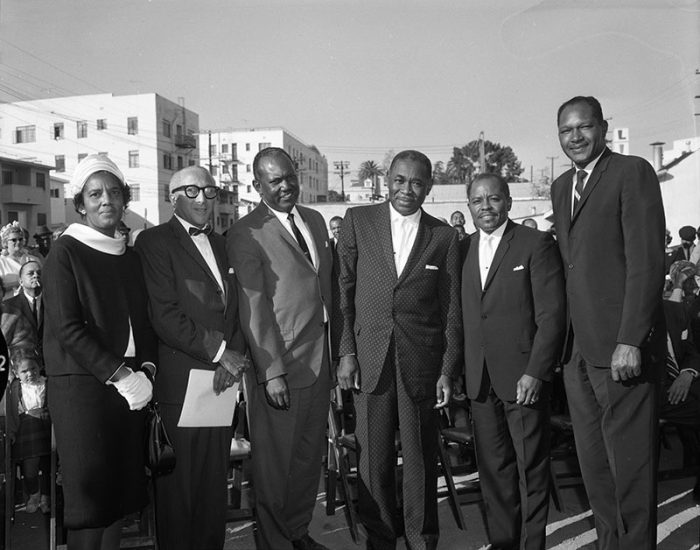 Revolution reigned in the 1960s, most significantly in the area of civil rights. But also during that era, another transformation occurred and it happened in the world of banking.

Leading the change was Los Angeles real estate broker, Onie B. Granville, an African American visionary businessman who organized the Bank of Finance in 1961.  The institution, which opened in 1964, was the first black-owned and operated state chartered bank, both in California and west of Kansas City, Missouri.

Granville’s accomplishment is even more notable considering that an April 24, 1964 L.A. Sentinel article noted “there are 14 black-organized banks in the U.S., mostly located in the south.”

Wilshire State Bank acquired the Bank of Finance in 1984, but during its 20 years of existence, Granville and his partners (which included then-attorney Tom Bradley) flourished in meeting the banking needs of L.A.’s black community. Unlike savings and loan institutions that focused almost exclusively on home loans, the Bank of Finance offered a range of services such as checking accounts, savings accounts, certificates of deposit, and real estate, vehicle, construction and personal loans.

The Bank of Finance’s contributions are part of the “Business History” collection of the Smithsonian National Museum of African American History and Culture (NMAAHC) in Washington, DC.  The artifacts include the bronze cornerstone plaque listing the founder and organizers, two cancelled checks, and the “Memorial to Onie Burnett Granville” booklet. 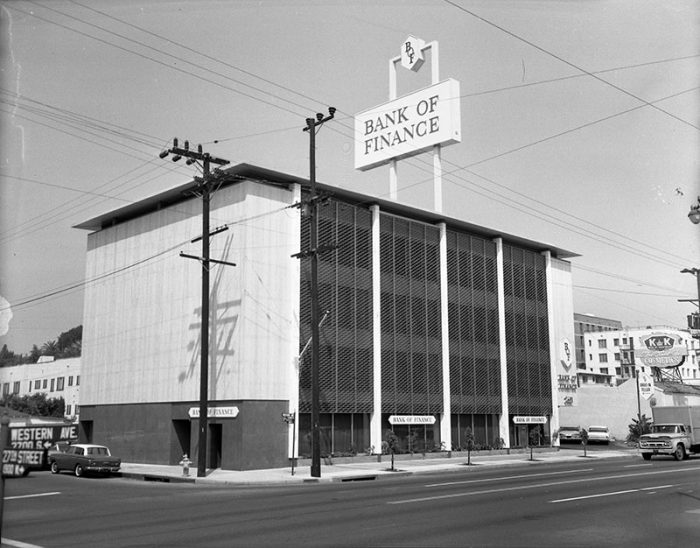 Granville’s story could have easily been forgotten if not for his great-niece, Natalie Mallard, who mounted a three-year campaign to donate Granville’s effects to a museum.  After getting declined by two L.A. museums, Mallard reached out to NMAAHC and the curators gladly accepted her gift of Granville’s memorabilia.

“My grandmother, who was Onie’s sister and part of the corporation, gave all of these Bank of Finance items to me.  I even had the founder’s plaque that was in the building before it was demolished,” said Mallard. “My uncle did so many things, I didn’t want his story to become forgotten history.”

A review of Granville’s accomplished life makes him difficult to forget.  Born in Navarro County, Texas in 1916, he earned a B.A. degree in business education at Tillotson College in Austin in 1942.  Granville later enrolled at USC where he completed graduate courses in real estate appraising, banking and finance. 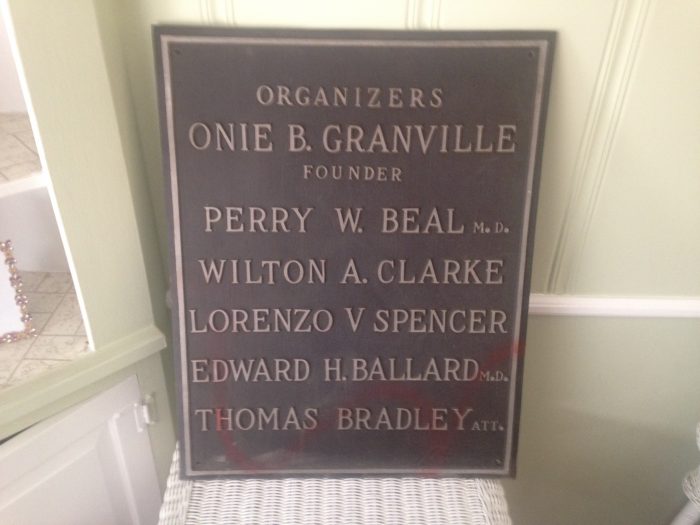 The Bank of Finance bronze cornerstone features the names of founder Onie B. Granville, and the board of directors. (L.A. Public Library Rolland Curtis Photo Collection)

In 1949, he and his brother, Edward, opened Granville & Granville Real Estate and in 1961, he co-founded Quality Escrow Company and Burnett Investment Company.  Bernice Malbrue, his sister and Mallard’s grandmother, managed the businesses.

Granville continued his successful entrepreneurship in 1963, joining with six business colleagues to form the Merchants Title Company.  That same year, he was elected president of the all-black Consolidated Realty Board, appointed by then-Comptroller Alan Cranston to the State Inheritance Tax Appraiser Board and worked with then-Gov. Pat Brown on the California Fair Housing Act legislation that would allow African Americans equal purchasing power.

A modest and humble man, Granville was quoted in a November 1978 article in Escrow Journal, as saying, “I have never wanted to run for office, but prefer to work behind the scenes with other community and political leaders.”

Following the opening of the Bank of Finance, Granville was recruited by African American businessmen in Portland, Oregon to assist them in establishing a bank. In 1969, he organized the Freedom Bank of Finance, the first black-owned state chartered bank in Oregon. Later, he helped blacks organize banks in Fort Worth, Texas and he founded Inglewood Federal Savings and Loan Association.

Granville co-founded a number of ventures in Los Angeles in the 1970s including the West Adams Community Hospital, the Southern California Minority Capital Corporation (a publicly-held small business investment company) and the Pacific Coast Regional Job Creation Corporation, which exists today as the Pacific Coast Regional Small Business Development Corporation. In addition, Mayor Bradley appointed him to serve on the Building and Safety Commission.

Granville passed away on Sept. 21, 1998.  His homegoing service was held at Trinity Baptist Church in Los Angeles, which the family has attended since 1947.

“My Uncle Onie was a wonderful person and an incredible businessman who cared about his community,” said Mallard.  “I believe many people will be inspired by his story.” 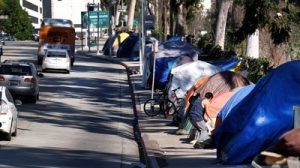 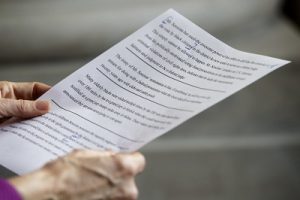 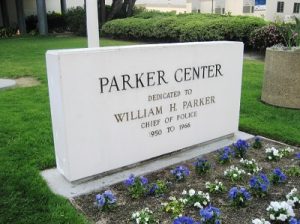