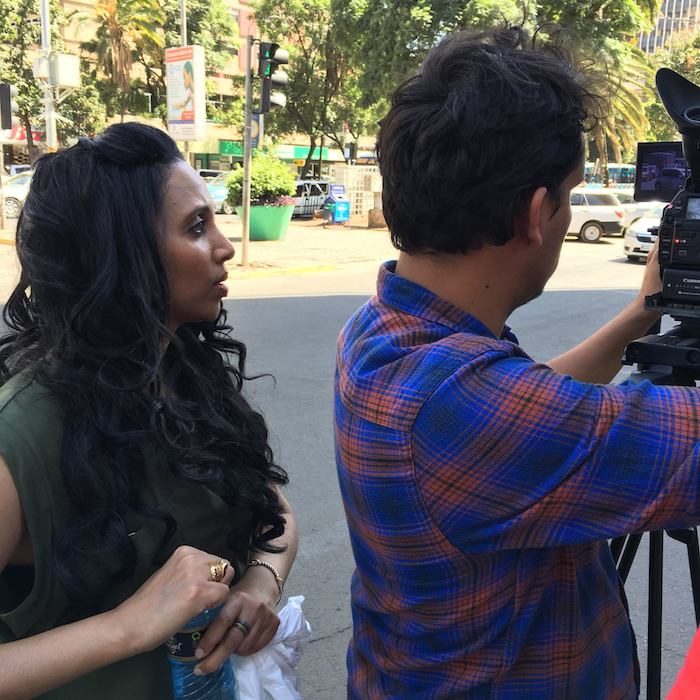 Less than a year ago—at the 2016 LAFF— filmmaker/producer/actress/ Salome Mulugeta, and her team, were biting their nails, trying to get Hollywood’s attention and a distribution deal for their first independent film “Woven,” a sweet, heart-felt family drama about a close-knit, New York, Ethiopian family dealing with a family tragedy.

In that short time span, director Salome Mulugeta’s film career has taken such gigantic leaps forward that her journey could turn out to be, a real-life Cinderella story but one in which the princess saves herself.

Determination is described as “[a] firmness of purpose; resoluteness — [s]he advanced with an unflinching determination.”  Using that definition Salome Mulugeta is the very picture of creative determination.  To wit it took her seventeen years to get “Woven,” financed.

Mulugeta resume reads thus: born in Addis Ababa, Ethiopia.  At an early age, she left Ethiopia to attend a boarding school for girls in Bedford, England, where she won many prestigious acting competitions. She contributes content for the US-based Africa Channel and has produced and directed shows for The African Restaurant Week, Muziki Ni. She currently directs and hosts a show called A Day in the Life of… 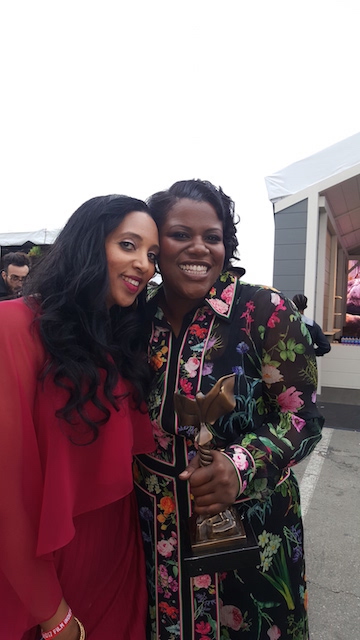 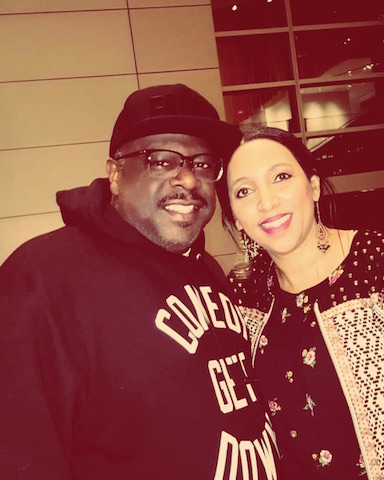 In 2016, Mulugeta was awarded the Achievement and Perseverance Award by the Women’s Journey Foundation. She has been featured in Vibe Magazine and myNewYorkeye.

It bears repeating that it took seventeen, long years for Salome to get “Woven” completed and the film almost did not make the 2016 LAFF cut.   It was the push of two, creative women, Roya Rastegar,  Director of Programming of the Los Angeles Film Festival and power house film producer, Stephanie Allain who was the Los Angeles Film Festival Director, at the time (she’s resigned the post in 2016), saw something in the film, story and Salome and made room for the intimate family drama.

Asked why she fought to get “Woven” into LAFF this is what Roya Rastegar, LA Film Festival Director of Programming said:  “Woven is an emotionally compelling directorial debut from first time directors Salome Mulugeta and Nagwa Ibrahim and we selected the film because the vision, energy, and voice of the film stood out amongst the thousands of feature film submissions we received.

I had never before seen an Ethiopian-American woman on screen navigating both cultures, and the story’s arc about forgiveness and redemption, even in the face of great tragedy, continues to resonate for me. Plus, Salome is also the star of the film! Talk about ambitious! Starring in your own film, which you also wrote and directed.  I see immense talent in her, and I look forward to all the work she will make in the future.”

Love it. Loathe it. Ignore it. Embrace it.  The fact is when someone of power, a respected player in the game, stands up for you — everything changes in an instant. 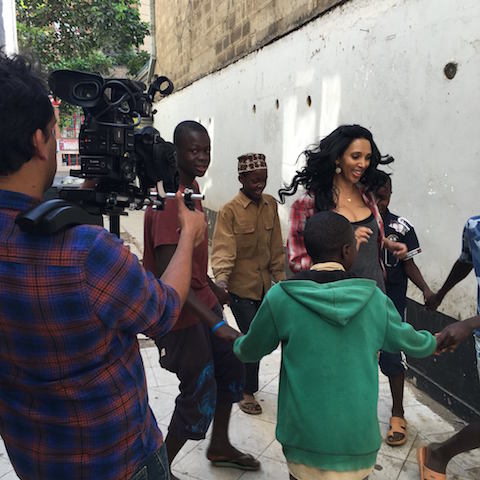 Salome Mulugeta plays on both sides of the camera (Courtesy Photo)

“I met Salome after her film was selected for the LA Film Festival in 2016,” shares producer Stephanie Allain.  “We were looking for films from an authentic point of view and she brought her Ethiopian, female sensibilities to the story of survival despite life’s obstacles.  Her poise and passion to tell stories close to her heart was palpable. We immediately connected as spiritual sisters unbeknownst to me, Mel Jones, my producing partner had her own meeting with Salome and when we compared notes, we knew we wanted to keep an eye out for what she would do next.”

What’s next is a big deal. producer Allain was so impressed by Salome’s storytelling abilities that she introduced her to Amy Tofte, a Nicholl Fellowship winner for Screenwriting (a fellowship program founded to aid screenwriters and administered by the Academy of Motion Picture Arts) for writing “ADDIS ABEKA.” Tofte and Salome clicked.

“ADDIS ABEKA” tells the journey a young Ethiopian boy who loses his family and must navigate the world on his own for ten years until he can be reunited with his brother.

Helping shape a director’s career takes a “village” and Salome was one of the six young filmmakers chosen to participate in Film Independent’s 2017 Directing Lab where she worked on “ADDIS ABEKA.”

Money is power in Hollywood. For indie filmmakers that simple fact is very challenging as they are often seeking financing from non-industry sources. 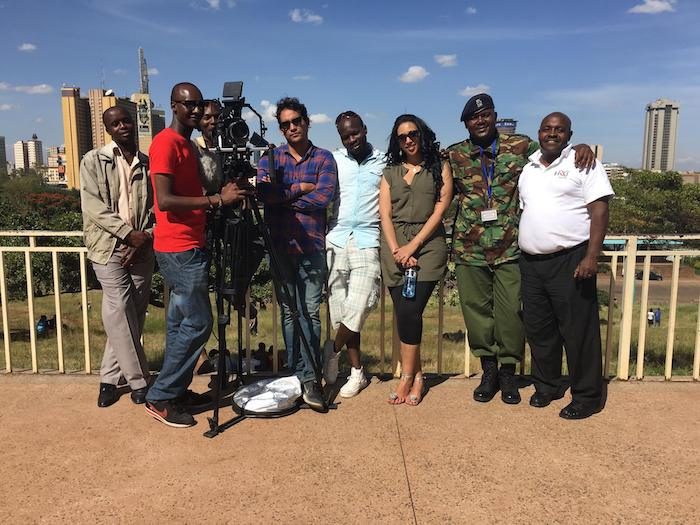 Filmmaker Salome Mulugeta (woman in middle) is pictured in Africa with her film crew. (Courtesy Photo)

The funding for “ADDIS ABEKA” was secured by Salome’s efforts, a natural producer.  It’s a rare and sought after talent, and one, once Hollywood really wakes up, might be the very thing that makes her a wealthy woman and a power broker in the Hollywood game.

Salome will direct and executive produce with Stephanie Allain and Mel Jones producing for Homegrown Pictures.  “ADDIS ABEKA” —is set to go into production this fall—with DP Pedro Gomez Millan (“Woven”) stepping behind the camera.  The film will be shot entirely in Ethiopia. 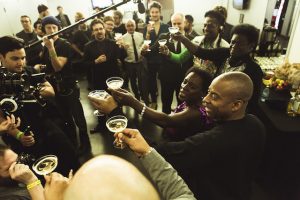 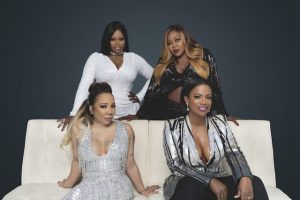 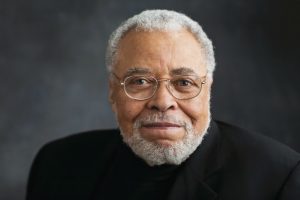 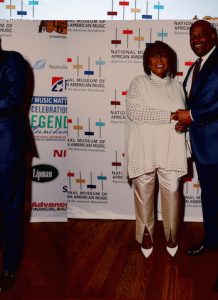 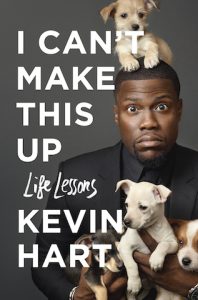