I felt the shifty eyes of the white residents of Beverly Hills on my back. I get it.

The sound of rubber bullets being deployed a block away were very much evident from the Black Lives Matter protest gone violent Saturday afternoon.

The streets were speckled with masked protestors jogging away from the violence, some towards it, and I was sitting on the curb, camera-bag and backpack in tow looking nervous. This was my first protest coverage and in the span of one day, I had witnessed things I’d only seen when watching footage of the 1992 Los Angeles Riots.

Except this time, it wasn’t the grocery store a block away from my house being looted and burned down. It was the affluent shops of Melrose and Fairfax. 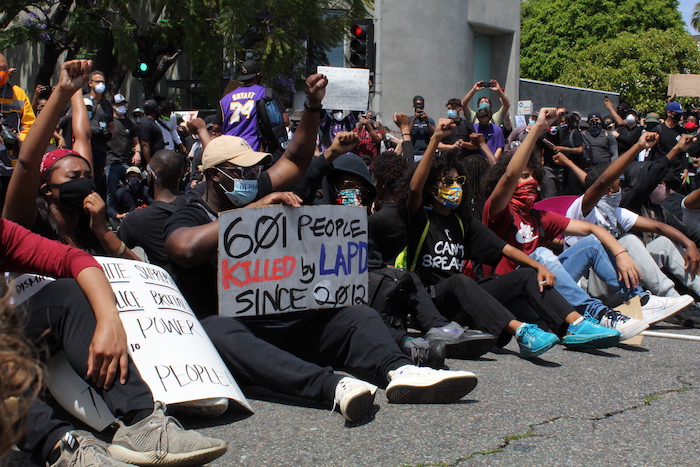 The same Melrose and Fairfax I had just watched a man pull a gun out on a passing car to unload a round of bullets into, me ducking behind a thin tree and saying a silent prayer that a stray bullet doesn’t find its way towards my body.

So yeah, I definitely didn’t fault them for staring. I sent an S.O.S. text for a ride out of there before the Mayor Eric Garcetti mandated curfew was effective and I quickly flipped through my photos attempting to chronologize all that happened.

It began that afternoon in Pan Pacific Park as protestors gathered to condemn the death of Minneapolis’s George Floyd at the hands of a white officer and challenge the state of policing in America. Things were calm— electrified but calm. They came with a purpose to disrupt the norm and make their voices heard. 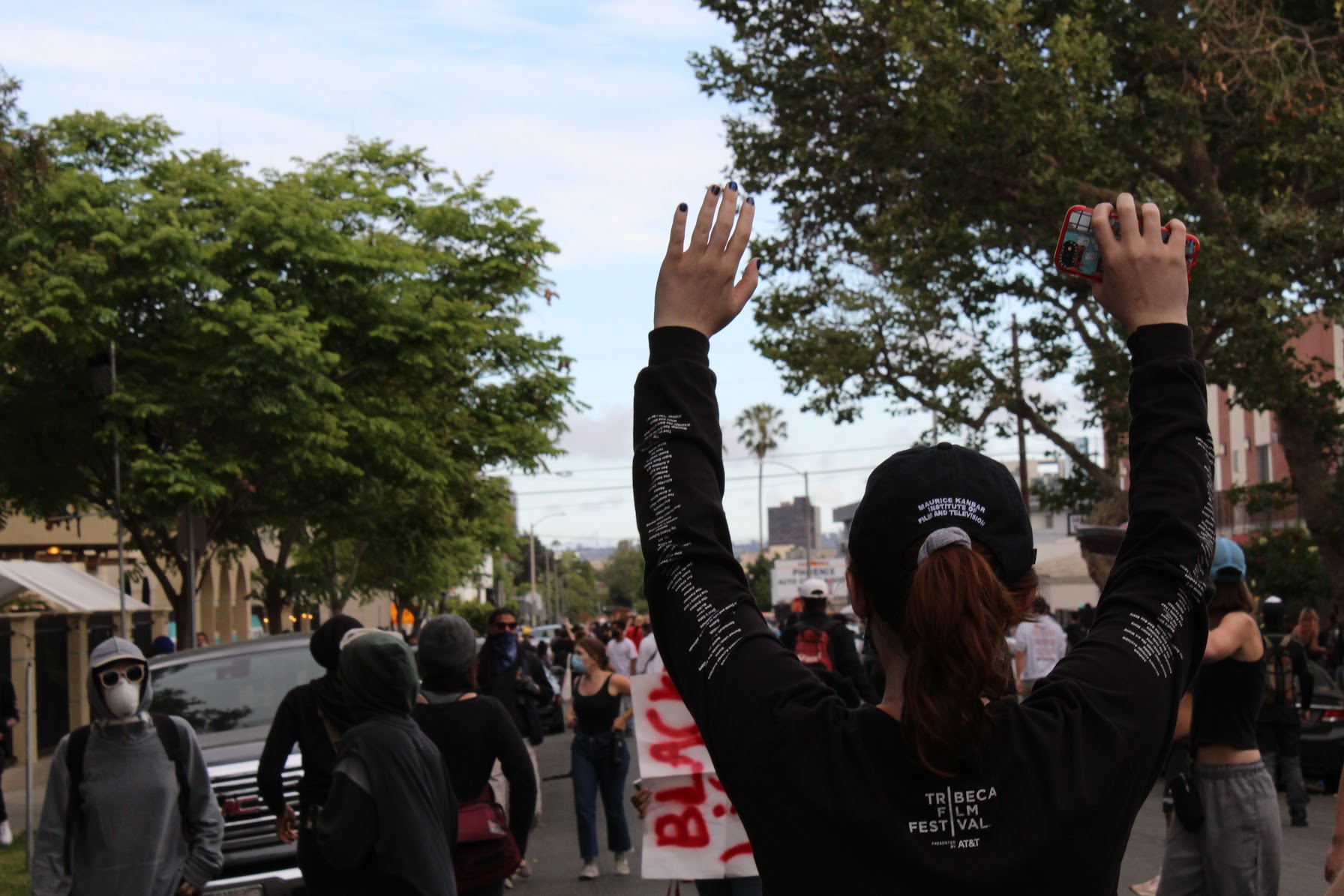 A protestor raises her hands as others run from rubber bullets on Saturday. (Faith Petrie/Los Angeles Sentinel)

It was almost reflective of the nonviolent rallies organized by Black Lives Matter in its infancy, a direct call-to-action response to the slaying of unarmed Trayvon Martin, a 17-year-old Black boy killed by neighborhood watch volunteer George Zimmerman in February 2012. Zimmerman was later acquitted in 2013.

A then 15-year-old me couldn’t understand why he was found not guilty.

In my mind, a crime was committed with a body as evidence so what was there not to believe? Since then though, instead of outrage and confusion I find myself staring blank faced at the countless Black bodies killed, many now with video evidence— something not afforded to Martin.

According to a study conducted by Frank Edwards of Rutgers University’s School of Criminal Justice, Hedwig Lee of Washington University in St. Louis and Michael Esposito of the University of Michigan, African Americans are 2.5 times more likely to be killed by police than white people.

They write, “Over the life course, about 1 in every 1,000 Black men can expect to be killed by police.” 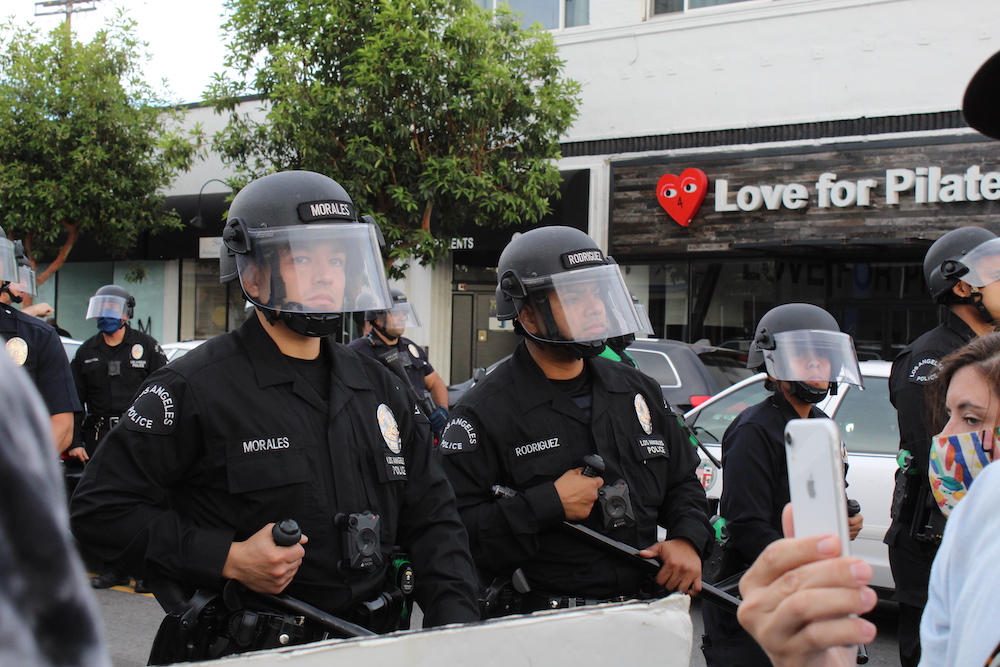 That’s a lot of waiting with bated breath to be the next hashtag or name on a poster. As I watched protestors park their cars on this quaint, residential street I wondered how none of this had happened sooner.

“This” being the countless protests, turned violent, turned looting seen all over the country.

I decided to make friends after growing tired of skittishly watching cars speed past, and turned towards a pair of neighbors quietly chatting next to me.

“Uh excuse me, I’m with the press and I was wondering what you all thought of everything going on?” I said, slowly approaching them as if any sudden movement may send them flying off like a highly strung bird.

The woman breathed a sigh of relief.

“Oh! That makes sense, I was wondering why you were just sitting there,” she chuckled, visibly relaxing. I smiled. I knew it. 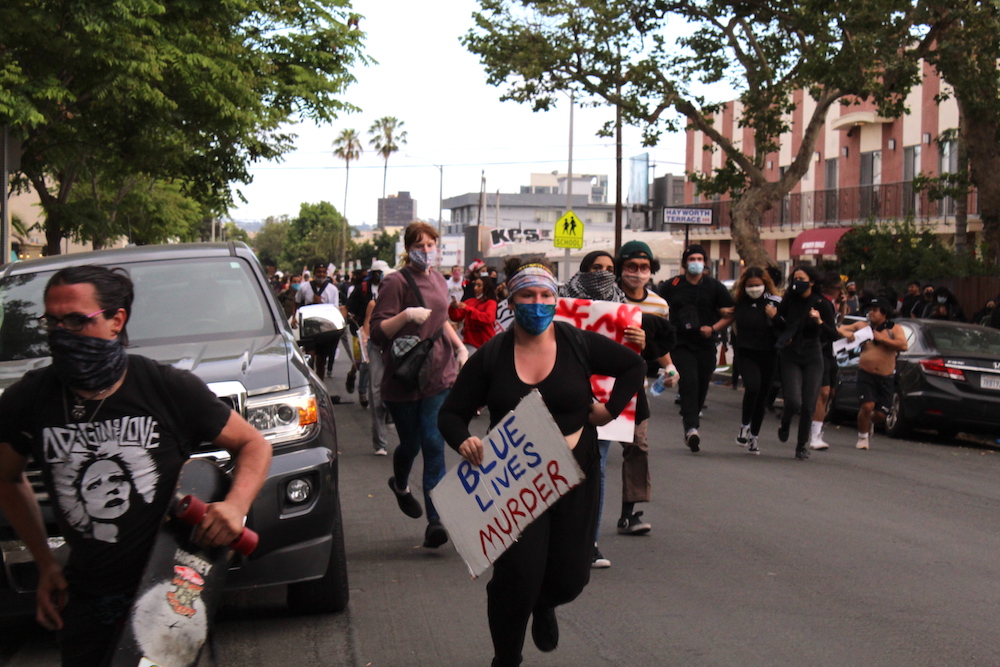 The man nodded empathetically. While we continued chatting for a few more minutes, I thought to myself about this word, “lost.”

What was lost that day? Countless businesses had lost their livelihoods, looters destroying and picking at every ounce of merchandise protected between thin glass. According to Twin Cities Business, a $37 million affordable housing project in Minneapolis was burned to the ground during a protest on Wednesday night.

Lives had been lost during protests, CNN reporting a 21-year-old man was shot in Detroit Friday. And yet, I couldn’t completely agree with Leslie. 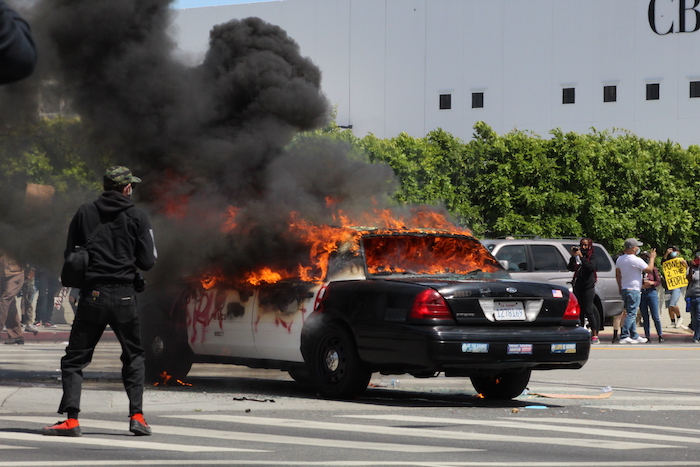 Black people have tried the peaceful route and still the message wasn’t getting through to the majority. Or maybe it was and it was just being ignored. Was a loss of merchandise greater than a loss of Black lives?

Limping into my house, I plopped onto the couch imagining the blisters I would have on my feet the next day and turned on the news. The same intersection where protestors had been peacefully kneeling hours before was now dark, the only light sources coming from tiny fires and helicopter spotlights.

The “lost” message was incredibly clear to me: If peace isn’t the answer then what do we have to lose? 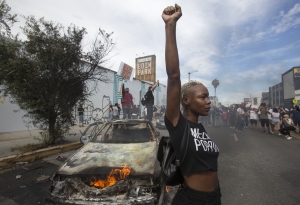