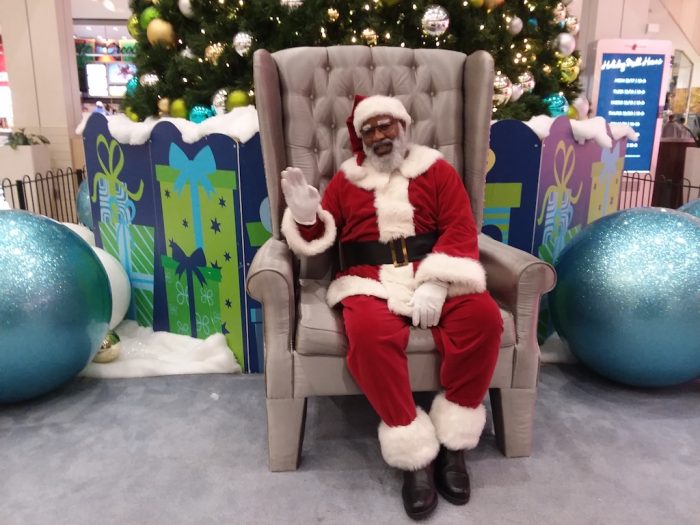 What’s the meaning of Christmas? Well, depending on who you ask, the answer will vary as some will say it’s a holiday for kids, they don’t celebrate it or it’s a day off work. For many, it’s a traditional holiday that includes a lot of baking, shopping and gift wrapping. This time of year, so many things are thrown at you, from new gadgets and holiday sales, to office parties and family get together. So, as we unwind from a politically-charged year, what is everybody up to this Christmas 2018?

Holiday in the Park

Recently, the Los Angeles Parks Foundation announced the awardees of its 9th annual Holiday in the Parks Program, which provided $10,000 to parks throughout the city of Los Angeles to put on special end-of-the-year programs. Nearly 40 recreation centers from every corner of Los Angeles applied for the grant this year. The winning events featured a variety of fun activities, performances and food.

On different note, Christmas movies play a huge part in getting people into the spirit of the season. According to a poll by the Hollywood Reporter and Morning Consult, the animated “Rudolph the Red-Nose Reindeer” is the most beloved Christmas movie, with 83 percent of participants voting it as a very favorable title. Overall, animated movies dominated the poll: “A Charlie Brown Christmas” with 81 percent, “Frosty the Snowman” with 80 percent and “How the Grinch Stole Christmas!” with 80 percent of the votes. As far as live-action movies are concerned, “Home Alone” was ranked highest with 78 percent, followed by “A Christmas Story” with 73 percent and “A Christmas Carol” with 72 percent. Surprisingly, according to the poll, “Die Hard” is not considered a Christmas movie with 62 percent stating they don’t consider it a Christmas movie even though the plot centers around a holiday party on Christmas Eve. 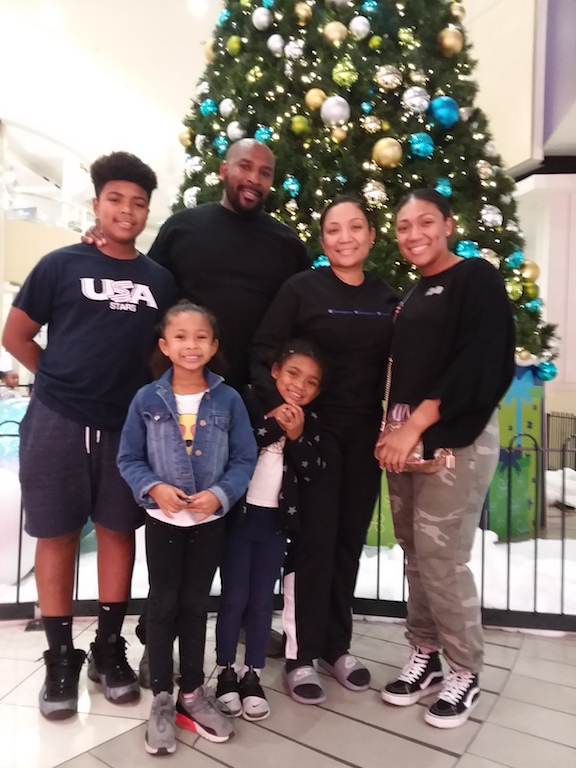 The Sentinel definitely gets into the holidays with its annual Christmas Cook-off. The office is divided into teams and three or four days out of the week, each team serves lunch to the whole office. Each team has a different theme with this year’s being a Beach Party, Soul Train and Wakanda. Even though it can get competitive, our staff doesn’t lose their holiday spirit to petty rivalries but enjoys the time they have to spend together and have fun.

Here’s what some of the Sentinel staff had to say about the meaning of Christmas.

“Christmas is about taking time to show the people around you that you care about them and that you love them,” said Sentinel staff writer, Kimberlee Buck.

“I mainly try to focus on my family and just spending time with them.”

“It’s definitely an excellent time to celebrate being Christian because this was the time Jesus was born and it’s such a good feeling, this is the man who is going to save our souls, save the world.”

“Christmas means many beautiful things including family, fun, friendship, overeating, presents and everything that falls in between those things,” said Sentinel and Bakewell Company projects coordinator, Lauren Brazile.

“Lots of prayers and blessings.”

“Christmas used to mean no school, presents under a tree that smell like pine and a warm fireplace and now it means—I don’t know,” said Sentinel editorial assistant and staff writer, Alan Braxton.

“It’s changed since I was a child—Christmas is for children, as a young adult, I’m still trying to figure out what Christmas is to me.”

Local officials, organizations and celebrities also shared some thoughts on what Christmas means to them.

“Christmas is a time for giving and showing love to others like the Lord has shown to us,” said Mothers in Action president, Tracy Mitchell.

“Especially to those less fortunate than ourselves—Jesus is the reason for the season! God is love and as we celebrate his birth, we should show love in thought, word and deed during the Christmas season and every day.”

“As a Muslim, the time around the birth of the Prophet Issa (Jesus) is much like Ramadan, when we can focus on kindness, love and giving to those who are in the most need to emulate his actions,” said Ami Motevalli, education coordinator and director at William Grant Still Arts Center. “In the spirit of Jesus, it is a time of year to build community.”

The Sentinel hit the streets to find out from the community what Christmas means to them. The consensus varied person-to-person but there were common denominators amongst the bustling crowds preparing for the holidays.

“Christmas means the world to me,” said Bernice Davis. “It’s celebrating the birthday of our savior, the Lord Jesus Christ.”

“Christmas means to me love, giving, family, joy and it’s not really all about the gifts, presents and everything,” said Chantel Berry.

“Christmas means to me the gift of life that Jesus Christ gave us.”

“I don’t care about gifts myself, I just like to watch the kids stumble around the tree,” said Aaron Butler.

“Christmas is love, it’s not the gifts that you get, it’s giving,” said Glenn Richardson.

“The real true meaning of Christmas is Jesus.”

The Buckley family, who had just taken their pictures with Santa Claus at the Baldwin Hills Crenshaw Plaza (BHC), shared what Christmas means to them.

“It means family, fun and time off from work,” said happy Dad, John Buckley who is enjoying his vacation.

“It means spending time with family and celebrating and appreciating all the things we have,” said mother of four, Jennie Buckley.

“Christmas means to me a time to be with family, time off from school and just a time to celebrate and give back,” said college student, Summer Buckley.

The young man of the family, Nigel Buckley, shared Christmas means “spending time with family and the ones that you love.”

David Hendrix is Santa Claus taking pictures with children and families from the community this year at BHC.

Originally from Madison, Wisconsin, Hendrix has been playing Santa for 18 years but this year marks his first time as a “traveling Santa.” Cherry Hill programs is responsible for sending him to BHC this holiday season.

Langston Patterson, who has appeared as Santa Claus at BHC in previous years, passed away. He loved being Santa Claus and looked forward to taking pictures with children as the iconic St. Nick every year. He will be missed but forever remembered in the photographs he took with youth in the community. Hendrix is gladly continuing the tradition and making memories with children who want a picture with Santa Claus.

“I love it, I love it,” said Hendrix about playing Santa who started in 1989. After a friend asked him to stand in for Santa, a hesitant Hendrix said no.

“It was way out of my comfort zone,” said Hendrix but he did for his friend but he added, “just this one time.”

The magic of Christmas had it’s way with him and Hendrix said “after about the fifth kid came and got on my lap, well, the rest is history. 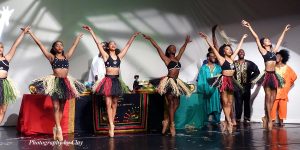