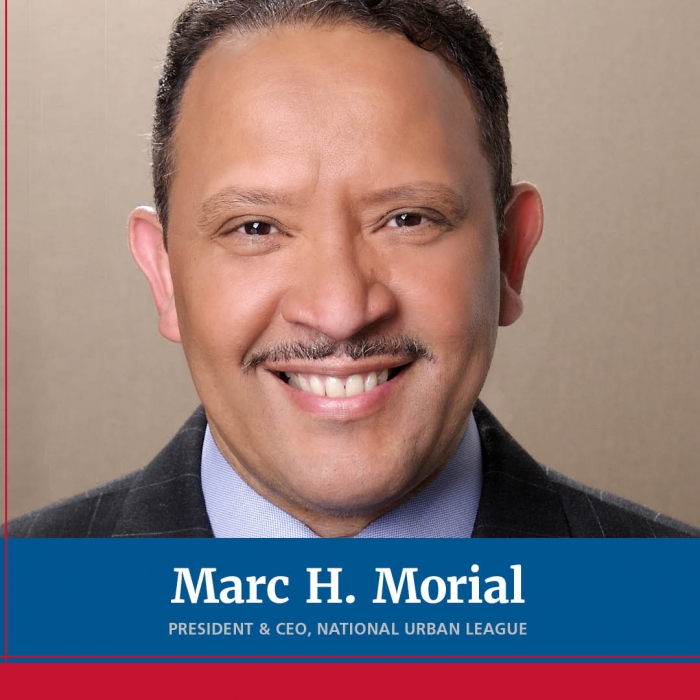 The annual report highlights the racial disparities revealed by the virus.

This year’s annual State of Black America report from the National Urban League is titled, “Unmasked” and is focused on delving into the data behind COVID-19’s impact on the African American community. The report will be released on Thursday, Aug. 13.

The National Urban League is a civil rights organization founded in 1910 that offers various programs concentrated on bettering the economic development of African Americans. “Unmasked” marks the groups 43rd edition, each publication centered on the year’s most pressing issues as it affects Black Americans.

“This report defines structural racism; If people want to know what structural racism is, it is the fact that these disparities in the 15 years that we’ve been releasing these statistics, in this fashion, have changed very little,” said National Urban League President Marc H. Morial.

Although COVID-19 has affected people all over the nation, the majority of cases are seen within the African American community. The Johns Hopkins Center for Health Equity found that African Americans are almost twice as likely to die from contracting the coronavirus and three times more likely to contract the virus compared to White people.

“What stands out in 2020 is the awakening that the information contained in this report is real, substantial and that something has to be done about it,” Morial said.

The report features contributional essays from people within the civil rights sphere and the health industry including attorney Benjamin Crump and recently named President and CEO of Planned Parenthood Alexis McGill Johnson.

Morial said that there needs to be immediate and long term action to mend the effects of COVID-19 on the African American community and the first step is recognizing that the health system in American is “broken.”

“The entire system, it has to be done through an equity lens in a significant way,” Morial said.

This project would dedicate a trillion dollars over five years to address racial disparities on a national level. The group also endorses H.R.40, a bill that would create a commission to study reparation proposals for the nation’s history of mistreatment towards African Americans.

“We have lost ground in many significant areas,” Morial said. “When you have 150,000 people dead and 40% of them I believe are Black, the country and Black America particularly, you can’t do happy talk and suggest these are the best of times.”

Morial said that he wants to ensure if a COVID-19 vaccine is made available, vulnerable, minority communities should be prioritized or at least given equal preference with other groups.

With anti-vaccine sentiments spreading mistrust of a possible treatment for the virus, Morial believes that it’s “irresponsible” to take a stance before it becomes officially available for the public.

“We haven’t seen the vaccine, we don’t know what medical science it says but I trust modern doctors, this is not 1950, this is 2020,” Morial said.

Presently, vaccination timelines are unclear, but Morial suggests anyone concerned about medical matters should consult their doctor.

“The best thing to do with a health situation is to not listen to politicians, quote-unquote leaders, newspapers or social media,” Morial said.