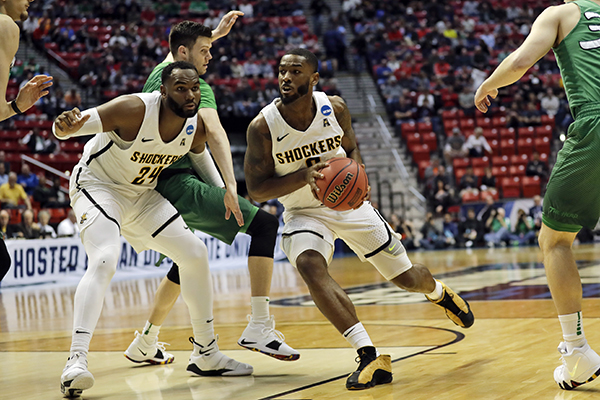 The first game of the day featured two teams from the East Region, as fourth-seeded Wichita State tried to avoid being the second team in the tournament to lose to a No.13 seed, following Buffalo doing the unthinkable, as they upset No.4 Arizona 89-68 Thursday night.

The Shockers(25-8)  faced Marshall from Conference USA, as the Thundering Herd (25-10)  looked to get their first ever NCAA tournament win in program History.

Junior guard and electric scorer Jon Elmore led the way for the Herd with 27 points and undoubtedly stung the Shockers, as the Marshall went on to upset Wichita State 81-75.

“I want to credit my teammates,” Elmore said. “They put me in a lot of advantageous situations, a lot of stuff we ran, put me in good spots.”

Wichita State’s leading scorer Landry Shamet finished the game with 11 points and eight assists, but went 0-for-7 from behind the arc.

“I look at it as being completely on me. I’m the point guard. It’s not like it was any kind of defense we’d never seen before. I just feel bad we couldn’t get it for the seniors. We didn’t play well and Marshall did. Hats off to them.”

Neither team was able to go up by more than seven points in the game that featured 14-lead changes and six-ties.

“Going into the game we were confident in what we could do, we came here prepared and obviously came out with a win,” said D’Antoni.

“We’re looking forward to the next leg, and I have confidence in these guys that they’ll give you a real good ball game and got a great chance to win.”

The second game of the day featured a matchup between fifth-seeded West Virginia and No. 12 seeded Murray State. The Mountaineers of WVU got a great test from the Racers, but West Virginia ultimately went on to shoot 58 percent from the field in the second half, in route to an 85-68 win.

The Mountaineers (25-10) held the Racers (26-6) to only eight made field goals in the first half as well as forcing them into 11 turnovers through 20 minutes of play, leading to West Virginia’s 38-29 halftime lead.

Senior point guard Jevon Carter led the way for the Mountaineers with 21 points, eight assists and six steals, while freshman guard Teddy Allen added 16 points off the bench in only 23 minutes.

The win now sets up No. 13 seed Marshall and fifth-seeded West Virginia to face each other Sunday, with the winner being able to advance to the Sweet 16.

The two teams from the state of West Virginia have never played each other in the NCAA tournament, but West Virginia does have the last edge over the Mountaineers after defeating them last back in 2015 and also lead the all-time series with the Thundering Herd, 33-11.

“It will be fun,” said West Virginia coach Bob Huggins on the match-up with their in state rival. “They’ll enjoy it. They should enjoy it.”

In the Midwest region and third game of the day, fourth-seeded Auburn and No. 13 seeded College Of Charleston took the floor. 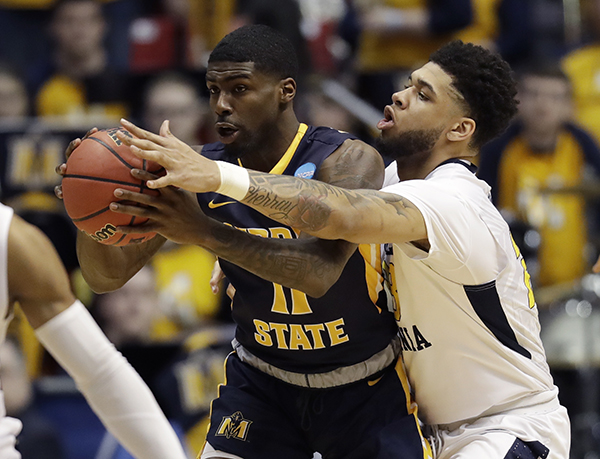 Fans who were hoping to see back-and-forth baskets and high-scoring all game may have been disappointed as the (26-7) Tigers and Cougars (26-8) combined to make only 20 total field goals through 20 minutes of play, with the scored tied 25-25.

Charleston used a 7-0 run right before the half to get back into the game as it trickled into the second half, but strong defense from both sides caused poor shooting.

Both teams made only five three-pointers in the game, but the Tigers made huge ones when they truly counted.

With only two minutes left to play in the game, sophomore guard Jared Harper drilled a deep three-point jumper with only 1:17 left on the clock and then added a free throw on the next possession to stretch the Tigers lead to 60-56.

“He’s almost conditioned by nature to look for his shot,” Auburn head coach Bruce Pearl said. “I believe he was going right to pull and he was open. And I want those guys to be able to have the freedom to take and make those shots.”

Charleston junior forward Jarrell Brantley, finished with a game-high 24 points, while sophomore guard Grant Riller added 16 points, but Riller misfired on the game tying three-pointer with seven-seconds left, as Auburn went on to sneak away with a 62-58 win.

“I wouldn’t say at any time we thought we were going to lose,” said Murray.

In the fourth and final game of the night, fifth-seeded Clemson battled against No.12 seeded New Mexico State, a team who was slated as another sleeper team to grab an upset.

However, the Aggies of New Mexico State were the only team that left upset in the game, as Clemson went on to advance to the second round of the NCAA Tournament.

The Tigers(24-9) grabbed their first win in the tourney since 2011, thanks to 56 percent shooting from the field that propelled Clemson to a 79-68 victory over New Mexico State (28-6), who made their second appearance in the NCAA Tournament in two-years.

Obviously, just so proud of my team to play as well as we did on this stage,” said Clemson head coach Brad Brownell.

“Not surprising because we’ve played well here lately and we have good players. These guys have really done an unbelievable job all year of buying into what we’re trying to do.”

Mitchell made 8 of 13 shots, while DeVoe converted on 10 of 15 field goals, as the duo combined for seven assists as well.

“He was outstanding, in the second half especially the way he shot the ball,” added coach Brownell on DeVoe’s performance.

“He’s done that several times this year, though. That’s something he can do.”

Senior guard Zach Lofton led New Mexico State with 29 points, while senior Jemerrio Jones chipped in with 13 points and 14 rebounds, but the Aggies were ultimately were held to 38 percent shooting from the field, along with committing 11 turnovers.

The Aggies trailed by as many as 18 in the second half, but ultimately cut their deficit down to six with 5 minutes to go, but a three-pointer by Mitchell extended its lead back nine with 5:29 remaining as the Tigers were able to hold on to win.

“They executed better than us. They had a great game plan and they deserved to win.” 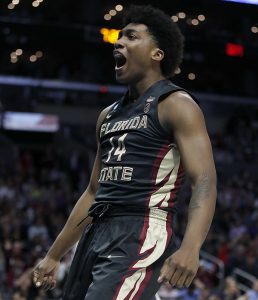 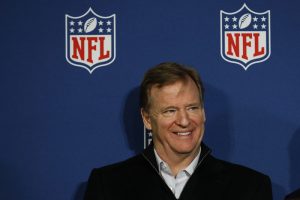 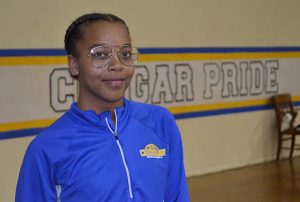