Why can’t Blacks work together to advance their own interests? This recurring question,    among Blacks themselves, goes to the heart of their difficulty unifying around key issues and is   a huge barrier to group progress. Without honest assessment of the ongoing disenfranchisement of Blacks in America, they will continue to perpetuate a status quo that, by any measure, is not in their best interest. Our collective silence also serves to reinforce the myth of racial equality and, more recently, the hoax of a post racial society.

Silence is Black people’s chief non-response to its leaders’ inability, or unwillingness, to build and sustain common ground. Many Blacks still internalize the poison fruit of the Willie Lynch’s dehumanizing teachings. Arguably, the effects of his “crabs in a barrel” conditioning for controlling Black slaves remain in the collective Black psyche. Still, as a people, time and time again, we’ve demonstrated unsurpassed resilience. The holocaust of enslavement was damaging but not indelible.

A “foolproof” formula for controlling Black slaves was set forth by Willie Lynch in 1712.  In introducing Lynch’s “How to Make a Slave,” Frederick Douglass noted that Lynch, a slaveholder in the West Indies, was invited to the colony of Virginia to teach his methods to slave owners. The term “lynching” is derived from his last name.

Frederick Douglass: “Hopefully, Willie Lynch’s blueprint will change the ignorant among our people who say “why study slavery’?”  Ha said, How to Make a Slave is a study of a scientific process of man-breaking and slave-making.  It describes the rationale and results of Anglo-Saxon ideas and methods of ensuring the master/slave relationship.  The legacy of slaves’ brutal conditioning is still apparent in the reluctance of Blacks to consistently demand justice and rid themselves of slavery’s psycho/social shackles that often render us complicit in our own oppression.

The following excerpts from How to Make a Slave highlight a horrific and dehumanizing   blueprint for controlling human lives.

“The method for making a slave includes the basic principle used in breaking a horse:  we reduce them from their natural state and break their independence, thereby creating a dependency state to get from them useful production for our business and pleasure.

Strategy 1:  Taking so many drops of good White blood and putting them into as many black women as possible and then let them breed with each other until the circle of colors appear as you desire.  Crossbreeding completed, for further severance from their original beginning, we must completely annihilate the mother tongue and institute a new language that involves the new life’s work.

Strategy 2:  The more a foreigner knows about the language of another country, the more he is able to move through all levels of that society.  If you take a slave and teach him about your language, he will know all your secrets and he is then no more a slave, for you can fool him no longer.

Strategy 3:   I have outlined a number of differences among the slaves and I take these differences and make them bigger.  I use fear, distrust and envy for control purposes.  These methods have worked on my modest plantation in the West Indies and will work throughout the South: Differences range from age and color to intelligence, size, sex, size of plantations.

Strategy 4:  Break the spirit of the man much like you would break the spirit of a horse.  And, ride the woman as though she were a wild ass until she is tamed and offers no resistance.  The black slave, after receiving this indoctrination, shall carry on and become self-refueling and self-generating for hundreds of years, maybe thousands.  You must pit the old black male vs.    the young male.  You must use the dark-skinned slaves vs. the light-skinned slaves and vice versa.  You must use the female vs. the male and vice versa.

Strategy 6:  We talked about paying particular attention to the female and her offspring for orderly future planning; then we stated that by reversing the position of male and female, we have created an orbiting cycle that turns on its own axis forever unless a phenomenon occurred and re-shifted the positions of male and female. (Emphasis added.)

Strategy 7:  The best way to deal with slaves is to shave their mental history and create a multiplicity of phenomena of illusions so that each illusion will twirl in its own orbit.

Gentlemen, these methods are your keys to control.  Use them.  Have your wives and children use them.  Never miss an opportunity.  If used intensely for one year, the slaves themselves will remain perpetually distrustful.”

Remnants of this horrific conditioning still exist, and we must squarely face this in order to no longer be complicit in our own oppression.

Larry Aubry can be contacted at e-mail [email protected]

Categories: Opinion
A Letter and Libation for Limbiko: Gentle Sunlight Warming the World 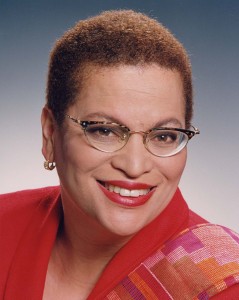