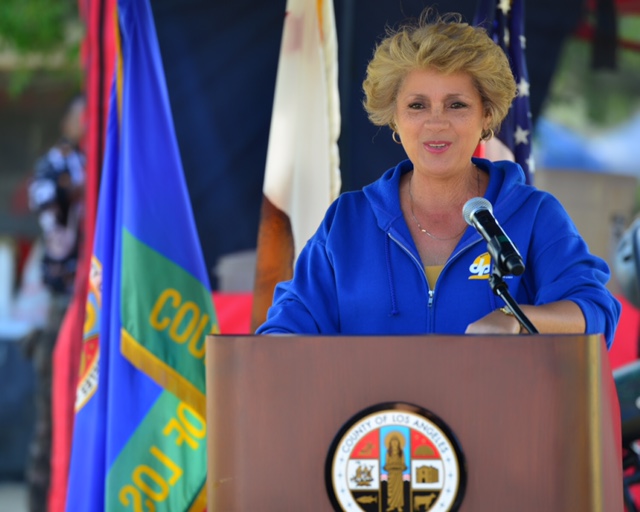 Due to the economic downturn, many families in Southern California are struggling to provide food for their families and the Department of Public Social Services (DPSS) that administers the Los Angeles County federally-funded Cal Fresh Program is spreading awareness that supplemental help is available.

DPSS partnered with the Eastside Riders Bike Club for a “Bridge the Meal Gap” community bike ride at Ted Watkins Memorial  Park in Watts on Saturday, April 2 to urge low-income residents to sign up for the CalFresh program which provides assistance for those who qualify.

Due to a lack of access to fresh and healthy foods and a concentration of fast food restaurants, there are areas of South Los Angeles that are considered “food deserts” where residents consistently have higher rates of obesity and diabetes.

In an effort to bring fresh fruits and vegetables to the community, the park hosts the Watts Healthy Farmer’s Market each Saturday. The Market has partnered with CalFresh for a Market Match Program were CalFresh recipients who sign up and spend ten dollars of their CalFresh benefits will receive an additional ten dollars’ worth of vouchers to purchase additional food at the Market.

Studies indicate that household hunger negatively impacts the intellectual, physical and emotional development of children which puts them at greater risks for obesity, diabetes and other diseases. 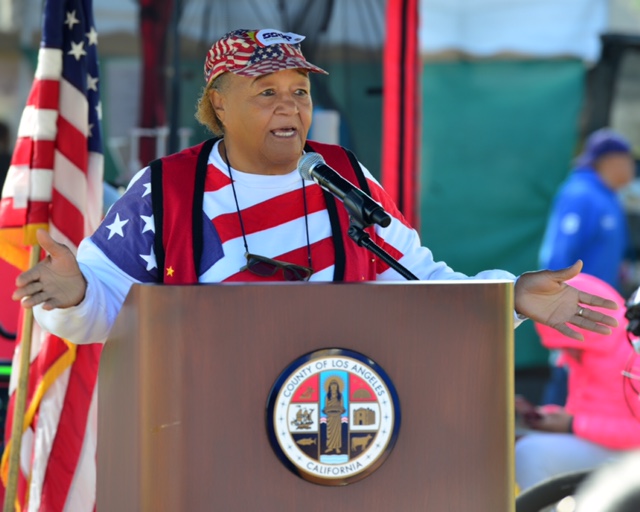 Dozens of bike riders from various bike clubs rode the seven-mile bike ride through Watts to urge residents to sign up for the CalFresh program. CalFresh employees were on hand at the park to register applicants. According to DPSS, many residents are unaware that they qualify for the `supplemental nutrition food benefit administered locally by DPSS.

“Seventy-two percent of households are potentially eligible for the CalFresh federal assistance program. Our goal is to bridge the meal gap in the community,” said DPSS Director Sheryl  L. Spiller. “Many families can’t meet the nutritional needs of their families. Parents are skipping meals to feed their children who don’t have enough to eat. That’s why the DPSS is bringing awareness about the CalFresh Program to let residents know that help is available.”

DPSS Program Assistant Gabriella Bilich quoted some startling statistics regarding hunger.  “In 2015, the Feeding America public report called Map the Meal Gap stated that 1 1/2million people in Los Angeles County are food insecure and that nearly 25 percent are children. The Los Angeles County Public Health report states that forty-three percent of adults who are actually working still can’t make ends meet. Many families are faced with the monthly decision of whether to pay rent, pay utilities or buy food.” 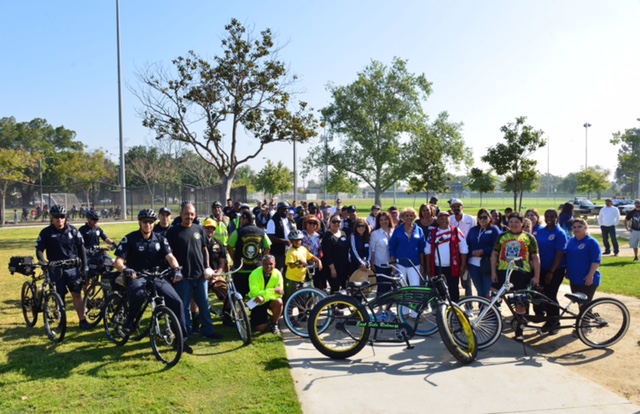 John Jones III, field representative for 15th District Councilman Joe Buscaino and president of East Side Riders was grateful that the DPSS and CalFresh were reaching out to the community. “The meaning of this bike ride means so much and it will teach the community about eating right. I’m so glad that we are getting the word out in this community.”

Watts community activist “Sweet” Alice Harris attended the bike ride and said she was excited that the DPSS and CalFresh were making an effort to reach out to the community.

“It’s great that people are going to know about this program,” said Harris, who planned to spread the word about CalFresh benefits to neighbors and friends.  “A lot of times, folks don’t have breakfast in the morning and they don’t want you to know. Thank God for this program—this is the best.”

For more information about the CalFresh program, call 1-866-613-3777 or visit their website at http://dpss.lacounty.gov and click on Your Benefits Now! 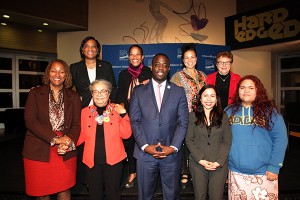 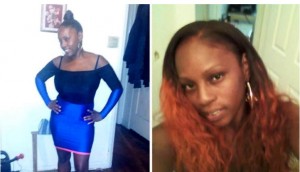 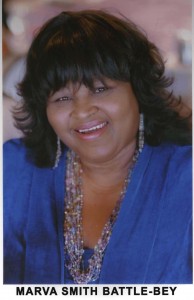 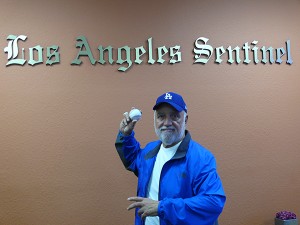 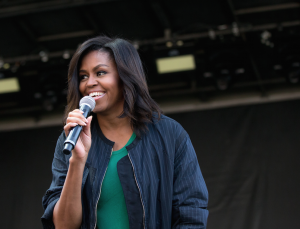