Over 350,000 thousand attended the festival

Massive Family Festival is a Fun Day for All

Hundreds of thousands canvased Crenshaw Blvd., cell phones satellites jammed to the limit, the tasty smell of smoke from the flavorful barbeque vendors weaving through the deep fried cat fish nuggets, all while the sounds of gospel, R&B, Jazz and amateur pop smothered the cloudless skies as the 9th annual Taste of Soul Family Festival on Saturday October 18.

The 10a.m. opening marching band ceremony could not happen soon enough as tens of thousands paraded behind Taste of Soul Creator and Founder Danny Bakewell Sr. to signal the beginning of yet another glorious episode that has become as much an October custom as the dawn of fall.

Bakewell, carrying on with a heavy heart amid the sudden death of his long-time cohort Brenda Marsh-Mitchell, was canvasing among the masses, walk and talking side by side under the ray of sunshine.

Lyric Williams of Carson was attending her first Taste of Soul with her toddler son and family and quickly discovered what the excitement is all about.

“So, far I am very pleased with what we have experienced, but this is the first time for me and I wanted my children to know who the founder was of this very special event,” said Williams. “It’s really nice and positive to see so many companies and organizations come together.”

Williams was among many first timers to venture into the Taste of Soul Nation, each realizing the essence of what has become an expansion of Black culture and unity.

Another, Marlena Carter of Long Beach, carried a bright yellow umbrella to shield the sun and bask in the fun of the festival.

“I think it’s so beautiful that all of these Black people are coming together. I think it’s awesome.”

She said Taste of Soul rebuffs those negative connotations that have cast the Black community in a dark and disparaging light.

“Those myths are out of the box and don’t come close to fitting what we share on a day like this,” she said.

Blacks were not the only ones who candidly praised Taste of Soul.

Ricardo Rodriguez, also making his fist visits to the event called it, “A fun and cool community event. They have a lot of vendors and it’s a good way to socialize with your neighbors.”

“It’s a good experience for Latinos to support Blacks and just enjoy life. It’s a tough world out there so it’s great for everybody to come together for so much fun,” Rodriguez added.

Senior citizen Gail Barros has attended each of the nine Taste of Souls, but as a big fan of the gospel stage that this year was named in honor of Brenda Marsh-Mitchell, she felt the stage should have been more prominent.

“For some reason because this is such a big African American event I would like to see the gospel stage a bit more out in the open so people can all see it,” she added while smiling, but then added it’s early in the day.

Taste of Soul has evolved into such as massive extravaganza that there is not enough time in the nine-hour day to absorb it all.

In between free blood pressure exams offered by the Watts Health Foundation to the praise dancing at the Brenda Marsh-Mitchell Gospel Stage, to gushing face first in to a strawberry filled funnel cake, or the consumption of sweet and tart barbeque, it can become a load.

Then of course there are the scores of clothing, jewelry, and kettle popcorn, Italian Ice, and the gentleman holding banana pudding while singing how sweet it was.

Nestled on King Blvd. just off Crenshaw was the amateur StarQuest Stage with talent raging for attention, while the Wave Stage featured a galaxy of stars.

By mid afternoon the boulevard became congested and patrons who may have been on a casual stroll initially, were shoulder-to shoulder. Footsteps quickly became snail like shuffles as waves and waves of people would cover Crenshaw.

No trouble to be found. Just colorful people all ordained for a singular purpose.

Categories: A Taste of Soul 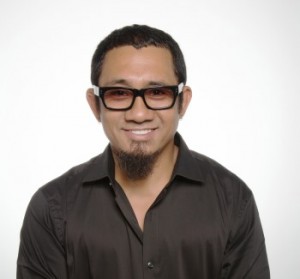