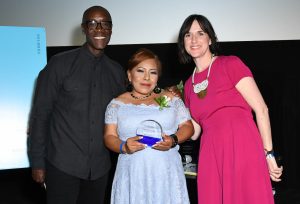 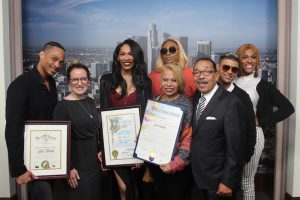 Annual Award recognized leaders who are survivors in the City of Los Angeles.  ... read more »
LADOT Transit Launches Demand-Response, Shared Ride Pilot Program in Los Angeles’ Westside
LADOT Transit announced the launch of an on-demand transportation service pilot program called LAnow that will serve the Del Rey, Venice, Mar Vista, and Palms neighborhoods of the City of Los Angeles beginning March 11, 2019. LAnow is a shared-ride service that matches passengers traveling to, from, and within Del Rey, Venice, Mar Vista, and Palms service areas. The new service offers residents, visitors, and commuters of these areas the opportunity to hail a ride using a convenient mobile application on their smartphones, on a computer, or by phone.  ... read more »
ADVERTISEMENT
Statement From Councilwoman Nury Martinez Declaring “Pothole Emergency” in the City of Los Angeles

Los Angeles City Councilwoman Nury Martinez (Sixth District) issued the following statement after introducing a motion to Council in order to secure money to close major potholes in the City of Los Angeles:  ... read more »
Study Finds: Attacks on Public Sector Unions Put Black Community at Risk
According to the report, “An Ongoing Demand for Los Angeles:  A Bright Future Requires Organizing More Black Public Sector Union Workers,” public sector jobs and unions that represent such employees contribute to the economic and social stability of the Black middle class in Los Angeles. ... read more »
City Leaders Recommend Strategies to Keep the Port of Los Angeles Competitive
The Port of Los Angeles is a major engine for economic growth and job creation, handling more than 20 percent of all incoming cargo to the United States. Owned by the City of Los Angeles and operated by the City’s Harbor Department, the Port of L.A. accounts for one of every 13 jobs in Los Angeles. ... read more »
California African American Museum Martin Luther King Jr. Day Celebration 2019 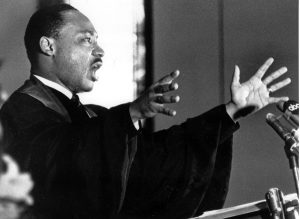 Celebrate Martin Luther King Jr. Day by surrounding yourself with art, culture, and community. Enjoy an array of vibrant programs and activities for all ages. Bring the kids for art-making activities, a march, and delicious food truck fare; visit our exhibitions, hear a marathon reading of King’s lesser-known speeches and sermons, groove to DJ-provided tunes, and much more—free for everyone! ... read more »
City of Los Angeles Has Collected $100 Million in Taxes From Airbnb Hosts and 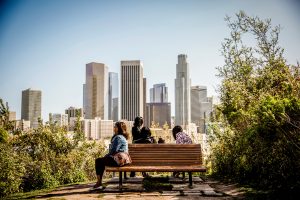 As the city continues to discuss regulations to legitimize short-term rentals in Los Angeles, Airbnb announced its host community has remitted more than $100 million in transient occupancy taxes to the City in just over two years. This represents 10% of the more than $1 billion in taxes Airbnb has remitted on behalf of its host community around the world. ... read more »
Accessory Dwelling Unit (AKA Granny Flat) Workshop 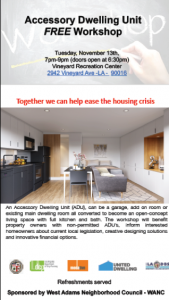 An Accessory Dwelling Unit (ADU) also known as granny flat can be a garage, add on room or existing main dwelling room all built or remodeled to become a livable space with kitchen and bath. State legislation was passed in January 2017 to allow home owners to use this law. While many local laws regarding such use are still being worked out, it is now legal to add an ADU to almost any single family residential property. ADU's might help to ease the housing crisis. ... read more »
Public Banking is on the Ballot. Vote Yes on B.

On Tuesday, voters will decide the fate of Charter Amendment B, ballot measure unanimously approved by city council which would open the door to a public bank of Los Angeles.  ... read more »
L.A. Area Chamber and UNITE-LA’S Annual College & Career Convention 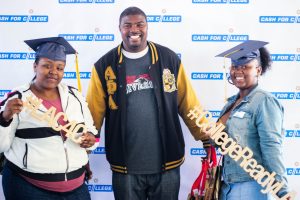 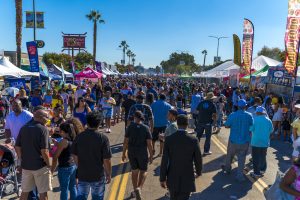 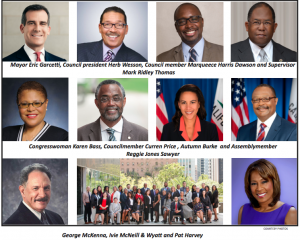 For 12 years in a row, Taste of Soul has continued to provide all things soulful and be an economic driver in the Black community because of the chairs, co-chairs, partners and sponsors who support the event and its mission.      ... read more »
Skirball Cultural Center Launches 22nd Season of Sunset Concerts With R&B Soulstress Goapele 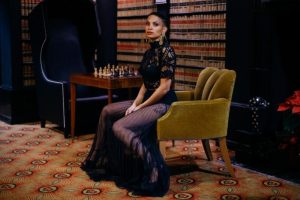