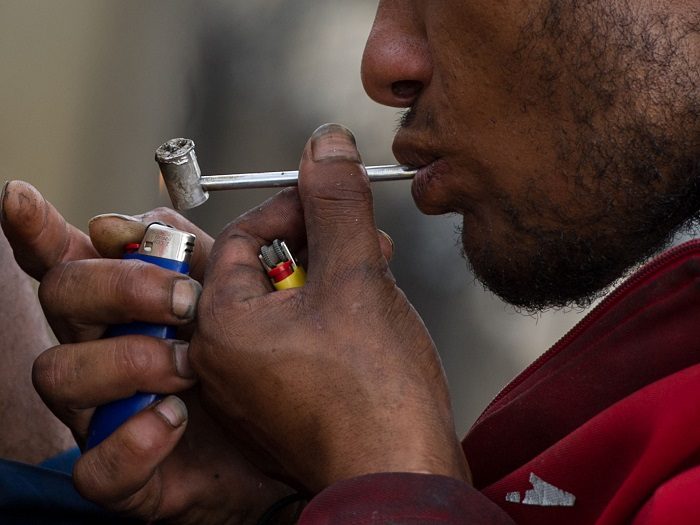 The Los Angeles Fire Department’s “SOBER Unit” that aims to steer people with chronic substance abuse problems away from unnecessary emergency room visits and into treatment programs is in operation and serving the Skid Row area, officials announced Friday.

The unit has been working out of an LAFD ambulance since November and consists of an emergency medical technician, a nurse practitioner and a case worker from the Dr. David L. Murphy Sobering Center, with the goal of reducing the number of times that so-called “super-users” of the 911 system require visits to the ER.

“The sober unit will save time, it will save money, but most importantly, it will save lives,” Los Angeles Mayor Eric Garcetti said during a news conference at a downtown fire station.

An LAFD analysis found that the 40 “super users” who were the subject of the most 911 calls in one year were responsible for about 2,000 calls, and were often experiencing the chronic effects of drug and alcohol abuse. These people are typically taken to the ER, where they receive some short-term care before being back out on the street and soon the subject of another 911 call.

“That practice is hugely expensive,” Garcetti said. “When LAFD brings an inebriated patient into the ER, they have to stay with them until they are admitted, often resulting in a six-hour wait. That’s six hours that an EMT isn’t responding to other calls of other Angelenos.”

Garcetti added, “And that scenario plays out hundreds of times a month often involving the same individuals. And when those individuals suffering from chronic addiction end up in an ER instead of a treatment facility they aren’t getting the help that they need.

They’ve been hydrated in our hospital, but they haven’t been healed.”

If the person that is the subject of the 911 call meets certain criteria, the SOBER Unit ambulance will be sent, and if the person agrees to be taken to the sober center and is not in need of any other medical attention, they will be taken to the Dr. David L. Murphy Sobering Center in Skid Row, which has the capacity to house about 50 people and is designed to help homeless people suffering from substance abuse.

The center is run by Exodus Recovery and opened in January 2017. It is staffed by trained personnel who offer short-term detox services as an alternative to jail or hospital visits and can also connect patients to other treatment resources and programs.

The LAFD SOBER Unit began operating in late November on a Tuesday through Friday shift and has been serving about four people per day, LAFD Chief Ralph Terrazas said.

“Before preparing my comments I talked to the people who staff the unit, and they told me some very heartfelt stories of people out in the street who were in tears, they couldn’t believe that this resource was there and they were going to take them to the sober center — not to the county hospital, not to jail, but to the sober center to get food, to start detox and to perhaps find a pathway to housing,” Terrazas said.

The unit is a one-year pilot program that will primarily work in the Skid Row area, but the city hopes to expand to more units if it proves successful, Terrazas said. The chief also said that the unit was the first of its kind in the region and perhaps in the state and in the country.