Its hard to imagine that the images of unarmed African Americans in deadly or near- deadly encounters with police officers could be any more unnerving than those of a rash of cases that have gripped the nation over the last 12 months.  The videos of 12 year old Tamir Rice being shot as he sat in a local park in Cleveland and 50 year old Walter Scott being gunned down as he ran away from a Charleston police have left indelible scars even on those who are regularly inclined to accept without challenge that in most use of force cases involving cops, the police are justified in their actions. However, after witnessing the police take down of of 8 month pregnant Charlena Michelle Cooks by a Barstow, California officer, I am convinced that unless something dramatic happens with law enforcement departments across this nation, the worst is yet to come.

Ms. Cooks’ case, unlike Rice, Scott, and even Eric Garner in Staten Island, Michael Brown in Ferguson or Malissa Williams and Timothy Russell in Cleveland, didn’t end in death or serious bodily injuries. Notwithstanding, it symbolizes such a flagrant disregard for human life, for women, for unborn fetuses and African Americans, that it will be forever recorded in the annals of history with those cases with fatal endings.

Unlike, Rice, Harris and Garner, Cooks’ encounter with the Barstow officer was captured by the body cam of the officer involved. It all began when Cooks got into an altercation with a Caucasian woman in the parking lot of her daughter’s elementary school. The blonde woman, as she is identified in the media, accuses Cooks of cutting her off and than approaching her car and hitting her window with a foreign object. The woman calls the police and from the officer’s initial encounter with the blonde woman, Cooks is marginalized and ultimately characterized as the aggressor and the “one to be dealt with.”

After speaking to the blonde woman and listening attentively to her rendition of events, not only does the officer validate her statements, he goes further, and tells her that when he speaks to Cooks, she should expect “her (Cooks)” to deny the allegations and place blame on her (the blonde). The officer made a visual inspection of the blonde lady’s vehicle and saw no damage. He stated that because there was no damage present, “no crime” had been committed. Note, the officer never asked the blonde woman for her name or any other identifying information. He simply accepted as true her statements and allegations.

The officer than then asks Cooks for her for her name, she initially refuses, and later tells the officer her middle name, “Michelle.” The officer insists that she provide her full name, she then attempts to call her boyfriend on a cell phone. She can be heard on the tape saying multiple times, ”Do not touch me, I’m pregnant.” Despite her pleads with the officers to not touch her, she is taken down to the ground and her face and stomach are pushed into the pavement as the officers struggle to place her in handcuffs behind her back. At some point, she gets off the ground and is forced into a police car, as she continues to plead with the police to respect the fact that she is pregnant.

Eventually, Cooks is taken to the Barstow police station and charged with resisting arrest, charges which were dropped by a judge.

After the video of the incident went viral, Twitter and other social media sites were a buzz with commentary, most expressing outrage over how an 8 month pregnant woman who committed no crime ends up face down and handcuffed behind her back. However, some weighing in on the story, asks what appears to be an innocuous question: “How come Cooks didn’t just give the officer her name?”

The answer is simple: she had a legal right not to! As easy as it is to blame Cooks, Rice, Harris, Garner and every other victim of police excessive force, when we do so, we undermine the very rights guaranteed to each of us under the Constitution and a plethora of federal and state laws, and we continue to mask the systemic problems that plaque many police departments. Cooks did nothing wrong. She had a disagreement with a woman in a school’s parking lot. She tried to explain her version of events to the officer and when she exercised her rights under California law, she was falsely arrested, confined, and restrained by the officer. Some police officers contend that officers investigating a potential crime can require an individual to provide identification. Even assuming this liberal interpretation of California law, in the Cooks’ encounter, the officer clearly states to the blonde that he sees no evidence of a crime! The police can’t have it both ways. If a potential crime was being investigated, why didn’t the officer state that to Cooks and the blonde and ask both for their names? Once the officer boldly declared the opposite, law enforcement can’t conjure up facts and scenarios that are clearly inconsistent with the officer’s video recorded statements.

Further, Barstow’s statement in response to the video is insulting. First they characterize Cooks as an “emotionally charged individual” while supporting the actions of its officer.  This characterization plays into negative stereotypes of African American women as rude, combative, non cerebral, and most importantly, untrustworthy.  Additionally, its more of the same, “blame the victim.” To the extent, Cooks is upset, she is justified. She has a minor verbal altercation with a woman on a parking lot, an officer approaches her and refuses to allow her to give her rendition of events, treats her differently than the non African American woman and totally disregards her legal rights. In less than 20 seconds after telling her he is giving her two minutes to speak on the phone with her boyfriend, he is wrestling her to the ground and falsely arresting her. Is there any doubt that Cooks, or anyone for that matter, would be rightfully indignant!

Moreover, Barstow’s police department supports its officer’s actions even though a judge dismissed all charges against Cooks and it recently entered into a settlement agreement with two brothers, Jesse and Robert Katz, for $15,000 who accused the Department of similar wrongdoing. In that matter, the brothers, were at a restaurant when a customer accused patrons and employees of stealing his vaporizer device. Officers who were called to the restaurant told the brothers they needed to see their identification. The brothers refused and were arrested. The charges against them were eventually dropped and as a part of the settlement of their civil rights violations lawsuit against the police, Barstow agreed to retrain officers to recognize that the refusal to identify oneself is rarely grounds for arrest.

It is against this backdrop that some asks—why didn’t Cooks just give the officer her name? But the better question is, why did the officer feel the need to arrest her? Too often when we are looking at cases of police excessive force, the layperson can’t understand how come the police didn’t deescalate the situation or use a lesser degree of force.  They are the trained professionals—right? My cop friends tell me that in addition to institutional biases which can not be minimized, training in many instances is antiquated and premised on the days of being “tough on crime” was the only approach to policing. Assuming my officer friends are correct, we can expect more incidents like Cooks, and for things to get worse before they get better. This doesn’t have to be. Clearly, being ‘tough on crime” doesn’t mean ignoring basic common sense and principles that can build respect of all lives and reduce crime.

Barstow and police departments around the country need to take a page out of Cincinnati’s play book. After settling a major lawsuit with the ACLU over excessive police tactics, that city’s police department adopted a new strategy for policing. Identified as the “Collaborative,” the agreement required Cincinnati police to adopt community problem-solving policing tactics. Essentially, the focus of police shifted from arrests to solving the “problems that cause people to commit crimes in the first place.” According to a June 1, 2015 article in the Atlantic, using this model, Cincinnati achieved success in a number of ways including lowering not only incarceration rates, but also crime rates. The city also improved relations with local residents.

Imagine if the officer who arrived on the scene with Cooks and the blonde lady had been trained on problem solving rather than illegal arrests. The two women were already separated. The officer had already determined that no crime had been committed, yet rather than in a courtesy fashion, encourage both ladies to be more careful and to move on, he escalated the matter and endangered the life of Cooks and her unborn child. This is colloquially put, “dumb policing.”Yes, he may look like the “tough cop” but he just guaranteed his city a lawsuit and hopefully, put his job in jeopardy.  The resources, man hours, public humiliation and almost certain civil rights lawsuit from Cooks could have been avoided by focusing on resolving the dispute rather than putting another notch on his “arrest belt.”

This case is a wake up call to not only Barstow, but police departments around the country. As we continue the important dialog on race and disparities in the criminal justice system, lets also not overlook some solutions with proven track records.  Clearly, police tactics from the 1970s and 80s are no longer acceptable in today’s technology age. Denzel Washington was playing a character in “Training Day,”Body cams, cell phone cameras and more educated citizens would have made his form of policing even unrealistic for the big screen. Even more so in real life, Cooks and everyone who will or have had an encounter with police, should expect and demand that police work harder and smarter at not only eliminating racial biases, but providing problem-solving oriented and sophisticated policing.

Areva Martin, Esq. is a legal expert and host. She is a frequent commentator and contributor on CNN, MSNBC, Al Jazeera, ABC News, Fox LA and other national and local television shows. A Harvard-trained attorney, she is also managing partner of Martin & Martin, LLP in Los Angeles. 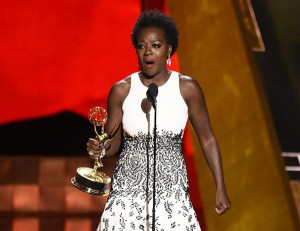 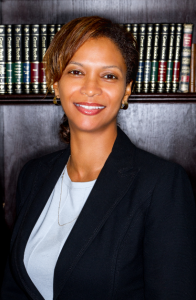 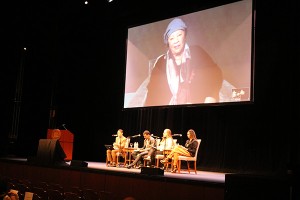