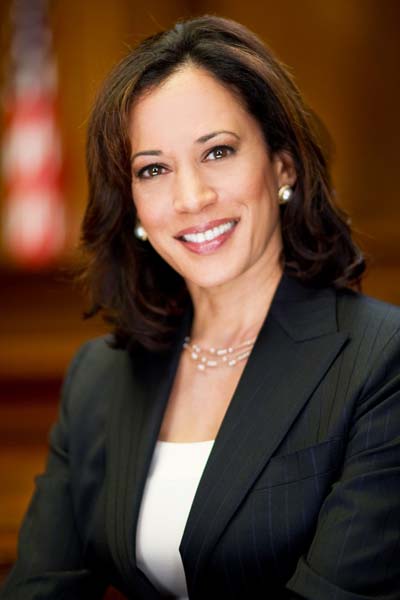 The Senate’s responsibility to advise and consent on a lifetime Supreme Court appointment is one I take extremely seriously. I know from personal experience — as a prosecutor and as a beneficiary of the landmark Brown vs. Board of Education ruling desegregating our nation’s schools — that the decisions handed down by the court touch every aspect of our lives.

The court has the power to do enormous good. In its finest moments, it has lived up to the words engraved above its doors — “Equal Justice Under Law” — and made America more just. It did so in Brown. It has affirmed a woman’s right to make her own health care decisions. It has ruled marriage cannot be denied to anyone because of whom he or she loves. Every time you see a black child graduate from college, or a same-sex couple’s wedding — those are direct consequences of the Supreme Court’s actions.

But the court has, at times, fallen short. This institution that desegregated schools also gutted the Voting Rights Act in 2013, making it harder for communities of color to vote. This institution that enshrined marriage equality empowered corporations to pollute our political system with secret, unaccountable money.

Going forward, whether or not the court upholds justice hangs in the balance — and a new justice will decide its course. For instance, last year, the Supreme Court was just one vote away from devastating the right of teachers to collectively bargain for wages and benefits. With a fifth conservative vote against unions, the court would have harmed millions of middle-class Americans.

The stakes don’t get any higher. Some argue that if a nominee has a stellar legal resume, he or she is qualified to sit on the bench and our job is done. I disagree. As U.S. senators, we have an obligation to also examine a nominee’s legal approach and ask whether he or she considers the impact of those decisions on our society and the daily lives of our people.

President Trump’s nominee, Judge Neil Gorsuch, certainly has a paper resume that would impress legal scholars. But his rulings repeatedly have failed to achieve justice for all Americans.

Take the case of Alphonse Maddin, a trucker who got stuck on the road in sub-zero temperatures and abandoned his cargo to seek help. Because he left his truck, his employer fired him. Maddin sued and seven judges ruled in his favor. Only one — Judge Gorsuch — sided with the company. Luckily, Maddin won his case. But had Gorsuch prevailed, it would have been easier for some employers to fire employees without consequence. Imagine that — being fired for trying to save your life.

In another case, a college professor named Grace Hwang was diagnosed with cancer. The university provided her a leave of absence to get treatment, but refused to extend that leave even though her doctor said she needed more time to get well. Judge Gorsuch called the university’s decision “reasonable” and rejected her lawsuit. Grace died last summer and her family recently wrote, “His decision was heartless. It removed the human element from the equation. It did not bring justice.”

The rest of Judge Gorsuch’s record also shows he’s willing to favor corporations over the American people. He believes companies can impose their religious views on employees and deny women birth-control coverage. And he has been hostile toward federal agencies that protect American workers and consumers.

Supreme Court Justice Thurgood Marshall, the civil rights hero who argued Brown and inspired my career, once bluntly defined his judicial philosophy, saying, “You do what you think is right and let the law catch up.” In simple terms, Justice Marshall appreciated that the ultimate goal of the law was justice. By stark contrast, Judge Gorsuch has consistently valued narrow legalisms over real lives. I must do what’s right. I cannot support his nomination.

Blacks Have a lot to Lose with Trump’s New Budget