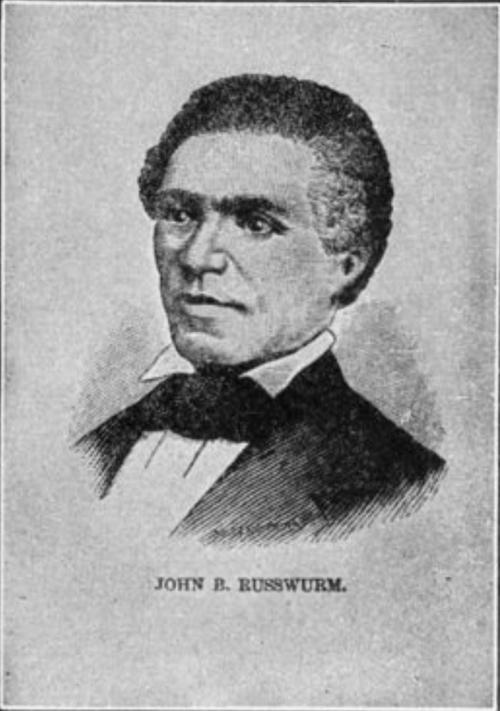 James Russwurm was born in Jamaica to an English father and enslaved mother. He is known as one of the first African Americans to graduate from a U.S. college, acquiring degrees from Hebron Academy and Bowdoin College. Russwurm then moved from New York, where Samuel Cornish and he was also chosen as senior editor and junior editor of the first newspaper owned and operated by African Americans, called the “Freedom’s Journal.”