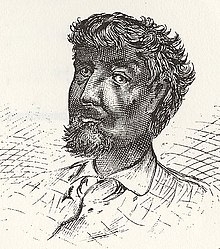 Some historians believe Jean Baptiste Point DuSable was born around 1745 in St. Marc, Saint-Dominique (Haiti). His mother was an African slave, and his father a French seaman. DuSable received some education from his father and working on ships, learning languages like French, Spanish, English, and many Indian dialects. In the early 1770’s DuSable sailed to New Orleans and eventually made his way to the Mid-West, which made DuSable the first non-Indigenous settler of what is now Chicago, Illinois. By the 1850s, historians of Chicago recognized Point DuSable as the city’s earliest non-native permanent settler and has been given the appellation as the “Founder of Chicago.”