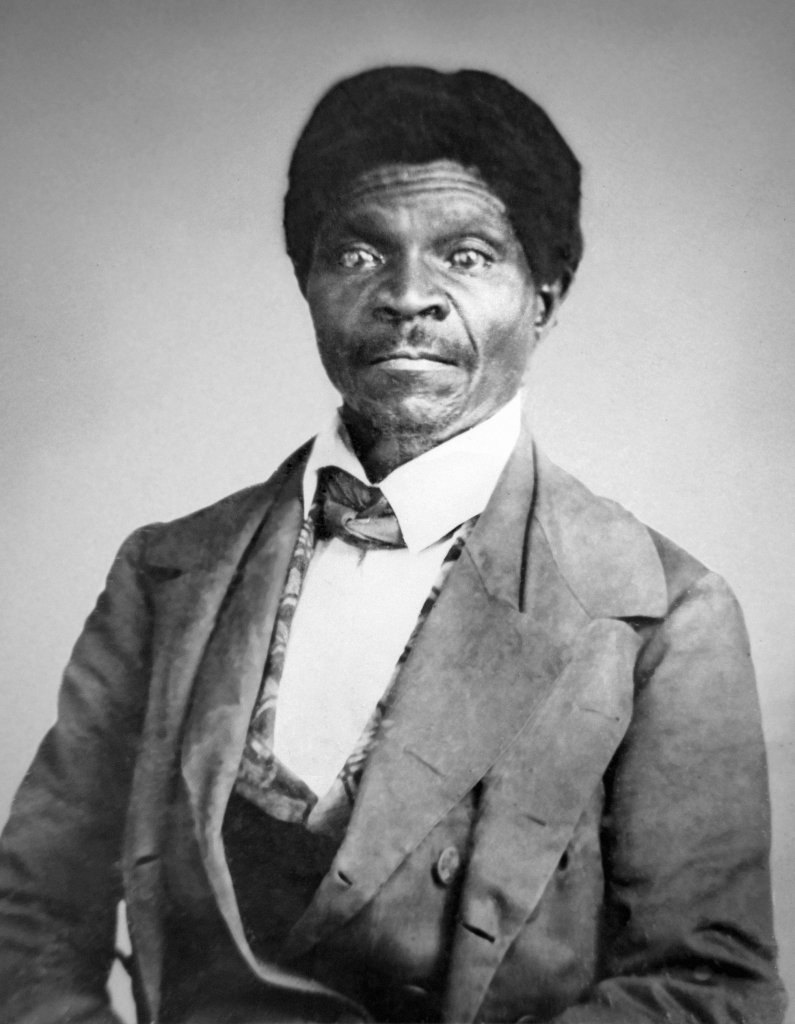 In 1857, Dred Scott unsuccessfully sued for his freedom in the Dred Scott v. Sandford case, popularly known as the “Dred Scott decision.” Scott was a slave in Missouri from 1833 to 1843; however, he resided in Illinois (a free state) for four years, and in the Louisiana Territory where slavery was forbidden by the Missouri Compromise of 1820. After returning to Missouri, Scott filed a lawsuit in Missouri court for his freedom, claiming that his residence in free territory made him a free man. Scott lost, but filed for a new suit in federal court. Two days after President James Buchanan took office, the “Dred Scott decision” fueled the national divisiveness, which in the end led to the Civil War.