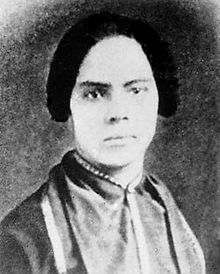 Mary Ann Shadd Cary was born October 9, 1823 in Wilmington, Delaware. After the Fugitive Slave Act of 1850, she and her family relocated to Canada, along with 20,000 American-born Black people between 1800 and 1865. In 1853, Shadd pursued activism and founded The Provincial Freeman, a Canadian weekly anti-slavery newspaper, in which she became the first Black female to publish a newspaper in North America, as well as one of the first female publisher in Canada. The newspaper’s motto was, “Self-Reliance is the True Road to Independence.”