HOUSTON (AP) _ A Harvard University economist found that although police nationwide are more likely to use nonfatal force against blacks and Hispanics, that racial bias didn’t translate to the use of deadly force by officers in Houston, one of the country’s largest and most racially diverse cities.

Roland Fryer published a draft study this month that found that police were more than twice as likely to manhandle, beat or use some other kind of nonfatal force against blacks and Hispanics than against people of other races. Those findings were based on a federal survey detailing interactions between people and police and 10 years of data from the New York Police Department’s controversial stop and frisk program.

For his study, Fryer collected data about police-involved shootings from 10 law enforcement agencies _ Houston, Dallas, Austin, Los Angeles County and six cities or counties in Florida. Although he drew some conclusions from all 10 data sets, Fryer relied mainly on Houston’s because it was the most complete. The police department gave him unprecedented access to incident reports and other data regarding officer-involved shootings and arrests for crimes such as aggravated assault in which officers could have used lethal force, but didn’t. 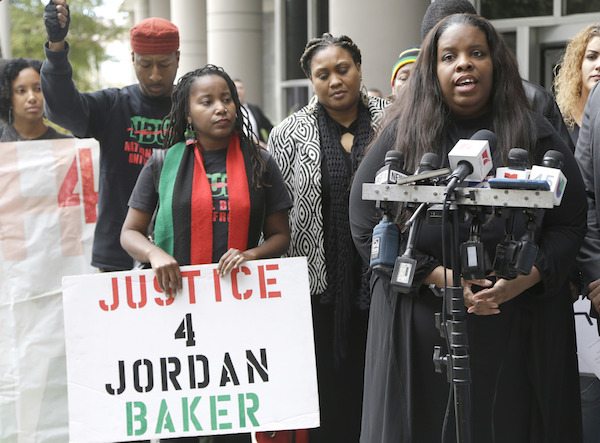 File – Janet Baker, right, speaks to reporters during a press conference outside the federal courthouse in this Dec. 2, 2015, file photo from Houston. Baker had filed a wrongful death lawsuit in the 2014 death of her 26-year-old son Jordan Baker who was fatally shot by Houston police. A recent study that found Houston officers are less likely to shoot at blacks and Hispanics than whites is prompting debate over the role racial bias can play in police shootings and highlighting the need for comprehensive nationwide data on these incidents. (AP Photo/Pat Sullivan, File)

Blacks make up about 24 percent of Houston’s population _ Hispanics make up about 44 percent and whites 26 percent _ but Fryer said it wouldn’t be fair to draw conclusions based solely on a comparison of a racial group’s percentage of the total population and the percentage of members of that race being shot by police. So his study took into account several contextual factors, including the race of the officer and the person shot and the circumstances under which an officer encountered the person, among others.

“This doesn’t speak to the questions being asked in the paper. The contextual factors of each encounter are important, which is why we focused on getting as granular data as possible,” he said.

Fryer, who last year became the first African American to win a prestigious award given to the top U.S. economist under the age of 40, also cautioned that his findings shouldn’t be seen as evidence of broader national trends.

“What I hope this paper leads to is a desire for more and better data that we can use to continue to ask questions and understand the role of race in police-civilian interactions,” Fryer said in an email.

But the study has its detractors, some who have been critical of its methodology and its assertive conclusions about a lack of racial differences in officer-involved shootings.

“There is never going to be the perfect study because there is no objective evidence of what happens during each encounter,” Justin Feldman, a Harvard doctorate student studying data on injuries and fatalities in order to monitor police violence and who criticized the study in a blog post, said in an interview. He added that there have been many other studies that have found racial bias in police shootings.

Some Houston community activists have also criticized the study for not including input from residents about their interactions with police and for relying only on police data, pointing out that the department has deemed nearly every officer-involved shooting over the past 11 years as justified. They also pointed out that the number of blacks shot by police is disproportionate to their population size.

Responding to criticism the study has received from Feldman and others, Fryer said he has been busy “working with cities across the country on making police data more accessible in order to expand our analysis in the future.”

There is no national database on police-involved shootings, which has led to a piecemeal approach to examining the issue by academics and news organizations.

Justin Nix, a University of Louisville criminal justice professor who researches police use of force, called Fryer’s work important but said it only represents a small sample size. He also cautioned against only focusing on a minority group’s population percentage to make conclusions.

Martha Montalvo, Houston’s acting police chief, said Fryer’s study is an example of her agency’s efforts to be transparent.

“I’m not naive enough to stand here and say we’re perfect … that we don’t come with bias,” she said. “We set those biases aside because there are policies in place and because of training.” 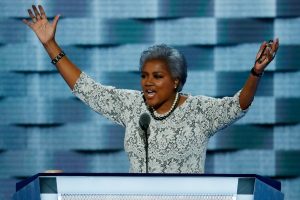 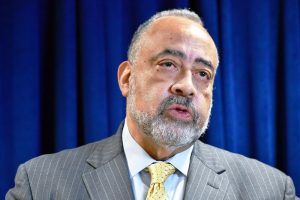