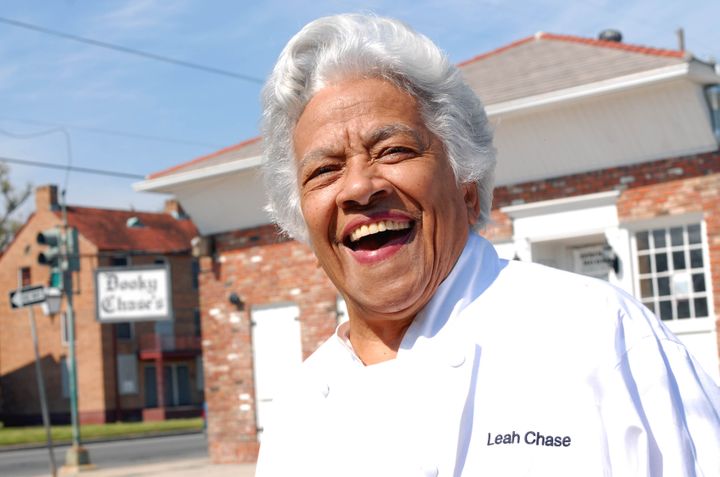 Leah Chase grew up during the Jim Crow era, which prevented her from continuing her education, which led to her moving to New Orleans to finish high school, living with her aunt. Chase worked as a waitress in the French Quarter, in a segregated city, where White people dined in fancy restaurants. In 1946, she married the owner of a street corner sandwich and lottery ticket stand, Edgar “Dooky” Chase Jr. and their union gave them four children. The family restaurant had been open for five years, but Chase wanted to bring a fine dining experience to the Black community much like what she observed in the Quarter. As she introduced silverware, tablecloths and Creole dishes, history was being made as her vision brought the white-tablecloth restaurant experience to Black patrons. Chase broke the segregation laws by seating White and Black customers within her restaurant and putting Southern Louisiana Creole cuisine on the map. Chase’s restaurant holds a pivotal place in history in being a gathering place during the Civil Rights Movement, when interracial groups publicly met to discuss strategies. She received a New Orleans sendoff: warm reminiscences and mourning mixed with a Mardi Gras-style celebration of her life. Fellow chefs, musicians, family and friends were among hundreds who filed through a New Orleans church to pay last respects. She died June 1 at age 96.