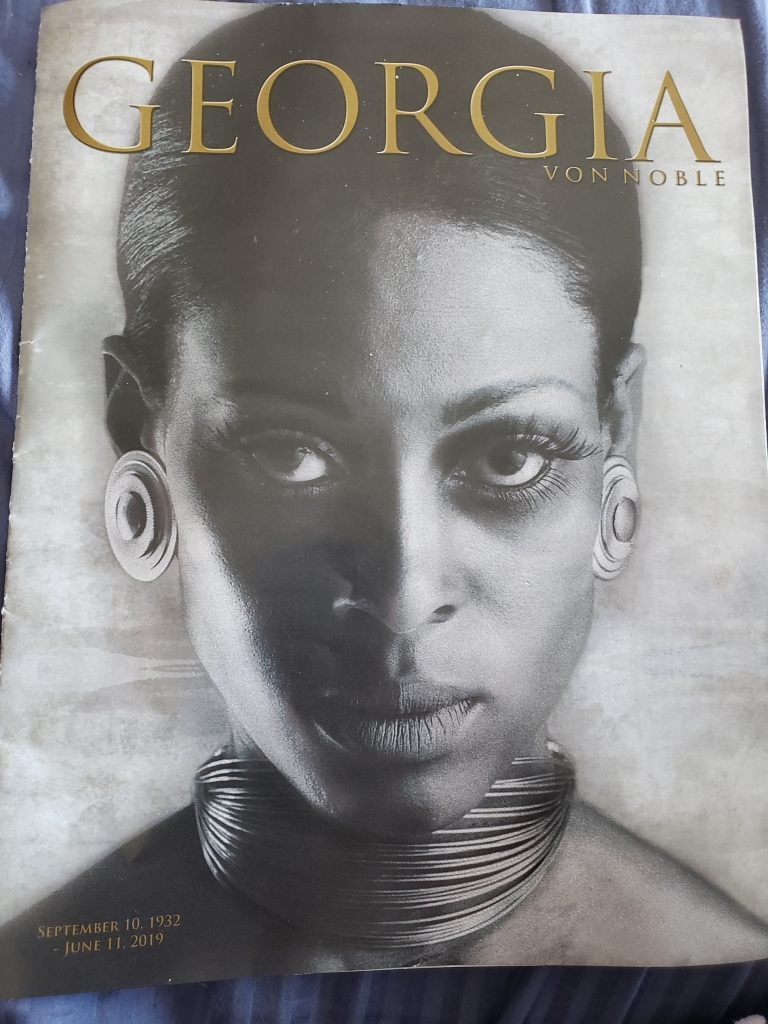 Georgia Von Noble achievements were groundbreaking. During her time, historically there were few Black models in haute couture, but she persisted and went on to experience a long-term career as a fashion model. Her talent took her to the major fashion houses and center throughout the world (Dior, Yves saint Laurent, Givency, Ralph Lauren, Oscar de la Renta, Pierre Cardin , Willie Smith, Bill Blass, Ben Kahn Furs, to name a few.) She modeled and worked in the fashion industry until she was 75-years-old. Von Noble was featured in many magazine articles over the years including: “Essence,” “Self,” “Ebony,” etc. and she appeared on the Oprah Winfrey show as a “timeless beauty.” A tribute to Georgia Von Noble and acknowledgement of her impact on the fashion industry was given at the Flair “All White” Jazz Brunch (Ebony Fashion Alum). Certificates were presented to her son Lamont Evans from Congresswoman Karen Bass and Councilman Curren Price. She passed away June 11, 2019.