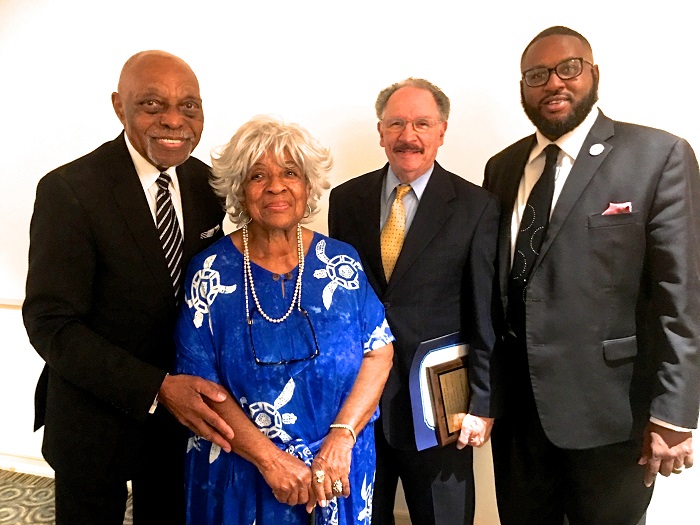 Nearly 300 people attended the 16th Annual Banquet and Awards Dinner sponsored by the National Association for Equal Justice in America (NAEJA) on Oct. 14.

Now in its 20th year of advocating for civil rights for all minorities, NAEJA focused the event on the community’s role in improving public education.

Dr. George McKenna, vice president of the Los Angeles Unified School District Board of Education, gave the keynote address and emphasized the importance of education.

“We all have to be educated in order to get to the next point. Whether we had a formal education or informal education, the educational system shapes the minds and values of the most precious people in our world – children. The public school system is the largest system that controls what we think, how we behave, what we learn and our future,” said McKenna.

However, he acknowledged that the public school system has not made as much progress as other civil rights and described education as the “greatest civil rights that is unattained.”

“We can sit in the front of the bus now, we can drink out of water fountains, we can have a meal in any restaurant, but the educational system still has not brought us equity and parity. We are still underachieving and that situation has become so systemic that people think it’s normal. That is disastrous. Sometime we stop believing that we can be superior,” insisted McKenna.

Calling for support of public schools, McKenna urged the audience to visit community institutions and volunteer to assist educators and other staff who are working to make improvements.

Royce Esters founded NAEJA in 1997 and over the years, the nonprofit has worked to eliminate discrimination, secure educational opportunities, reform the justice and prison systems and promote open dialogue among diverse cultures.