Los Angeles received the latest news surrounding the COVID-19 outbreak. The city has seen the fluctuations in severity and has met the challenge of managing the spread of the virus. The L.A. Board of supervisors continue to caution the community to remain vigilant and avoid any gatherings, in order to keep the spread at bay. There has been growth in awareness of discrimination among this nation, Los Angeles is looking to make progressive efforts in combating deep rooted racism amid the community. 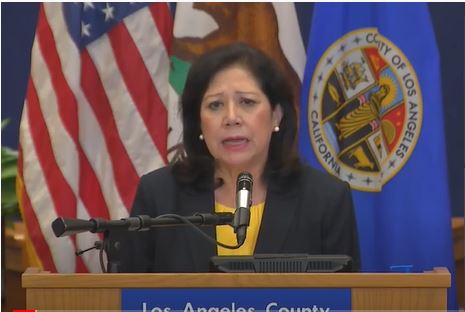 Los Angeles has seen “steep declines” in COVID-19 metrics since the spike in July, it was at 9% during that time and it is now at 5%.  Supervisor Hilda Solis stated, “Although infection rates remain high, it is you, our residents who are driving these impressive decreases.” Solis went on to explain there has been dramatic changes in the right direction due to the compliance of the Health Officer orders. Wearing a mask, safe work environments, and avoiding gatherings has contributed to the decline of major measurements of the virus.

Although the community seems to reflect unity amid the battle against COVID-19, the County is seeing an incline in hate crimes and complaints of discrimination. Solis explained that there has been a steady rise in reported hate acts in the last few years. Adding the energy behind a global pandemic, the severity of hate crimes has intensified, especially towards the Asian Pacific Island Community.

From January through July, the 2-1-1 hotline received 256 calls reporting hate. In response the County is launching the ‘L.A. VS Hate’ Campaign. It is a 3-part strategy to bring the County under one mission of unity, create a system to make reporting hate crime easier, and finally to expand the capacity to act when faced with a hate crime. The campaign uses art inspired programs to uplift the unity in a diversified community. Artists are invited to participate in creative interventions to share a common passion with all residents.

The fourth round of L.A. Regional COVID-19 Recovery Fund is looking to be released on August 31. This includes 3.2 million dollars in grants funded by L.A. County, the City of L.A., and Union Bank Foundation. Micro entrepreneurs, small business, and non-profits are eligible for these grants; they range from $5,000-$15,000.

The Director of Los Angeles Public Health Dr. Barbara Ferrer shared new reports surrounding COVID-19. She covered hospitalizations, mortality rates by race and ethnicity, and overall case counts. The statistics are reflective of the efforts made by the community and the support from public leadership.