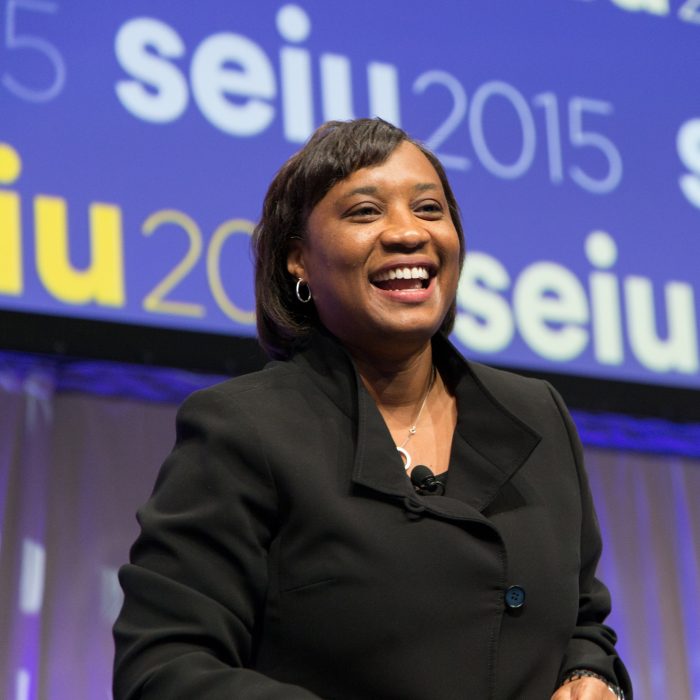 This week Laphonza Butler, president of Service Employees International Union (SEIU) Local 2015 and a Vice President of SEIU International, announced she will be leaving the organization at year’s end.

“Serving as president of SEIU Local 2015 has been a job of a lifetime, but I have always known that it should not be a job for a lifetime. I have long said that in order for an organization to thrive, it requires new energy, ideas, and leadership.  The time has come for new leadership to take Local 2015 to its next great victories,” said Butler.

Butler, who started with SEIU in 2001, has held positions at the International, State and Local Union levels.  Arriving in California in 2009, she led SEIU Local 6434 and in 2015 oversaw the unification of over 378,000 California SEIU long term care workers into the newly created SEIU Local 2015, of which she has served as president ever since.  In addition, Butler also served as president of SEIU California State Council – the statewide organization for all California SEIU Locals representing a collective membership of over 700,000.

“Laphonza’s leadership has profoundly changed the lives of long term care workers and all of California’s working families,” said Michele Reed, caregiver and SEIU Local 2015 Executive Board Member.  “There simply aren’t words to express our gratitude for all she’s done to bring dignity to our lives.  We wish her the very best in whatever her next chapter brings and we’ll always keep her close to our hearts.”

Under Butler’s leadership, California long term care workers have won significant victories including the passage of mandatory CNA staffing levels in nursing homes; the right to sick pay, overtime, wait time, and travel time for home care providers; withstanding the attack by the US Supreme Court decision of Harris v. Quinn; giving thousands of additional workers a voice on the job; and winning strong contracts for hundreds of thousands of caregivers who provide vital care to our seniors and people with disabilities.

In addition to advancing the lives of caregivers, Butler led in the fight to improve conditions for all working families.  Such accomplishments include the successful implementation of the Affordable Care Act and expansion of MediCal to cover millions more Californians; the passage of Propositions 47 and 57 which help restore justice, dignity and real second chances to those caught in the criminal justice system; and a pivotal role in making California the first state in the nation to pass a $15 statewide minimum wage – a victory that would improve the lives of the over 6 million Californians.