On May 19, the LAPD Southwest Public Safety Youth Conference kicked off with over 100 students, 30 high schools from the South Los Angeles area, which convened at Expo Center Swim Stadium Auditorium. Law enforcement officials attended with goal of supporting and advocating youth towards positive goals and community pride.

“The Youth Camp provided the LAPD the opportunity to interact and build relationships with youth from a variety of different high schools in south Los Angeles,” said LAPD Deputy Chief of Operations South Bureau, William Scott.

The goal of the conference is to glean advice, concerns and recommendations on deterring crime, public safety, and community policing, from the perspective of the youth in our Los Angeles communities. The Youth Conference is comprised of youth representatives from over 30 high schools and youth organizations in the south Los Angeles area. LAPD officer Luis M. Aceves spoke more about the conference.

“The idea of the program is to have youth exposed more, not just to public safety officials but to have the ability to ask questions and information from the higher-ups,” said LAPD Officer Luis Aceves. Youth are able to get more specifics about what’s happening and what the department is doing to better the relationship and make the streets safer.”

“Our goal is to eventually do [a conference] that will involve the entire city of L.A.,” with goal of inviting more city officials and exposing this event to as many people as possible,” said Aceves. “Hopefully it will continue growing and getting better every year.”

The last conference two years ago had 250-300 youth attendees. Conferences have invited youth representatives from over 30 high schools and youth organizations throughout the south Los Angeles area.

“In an era where there are nationwide discussions on criminal justice reform, it’s great to see our youth engaged in that discussion because they are the leaders of our future. Their generation will help foster that change,” said Scott. 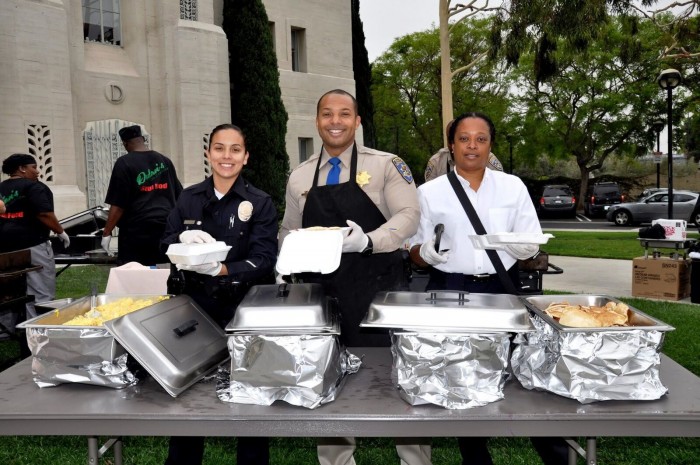 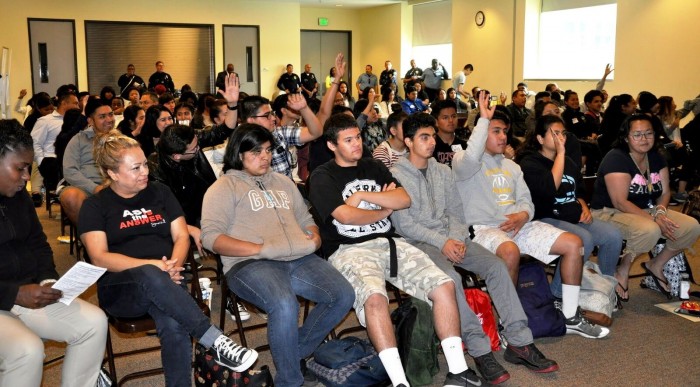 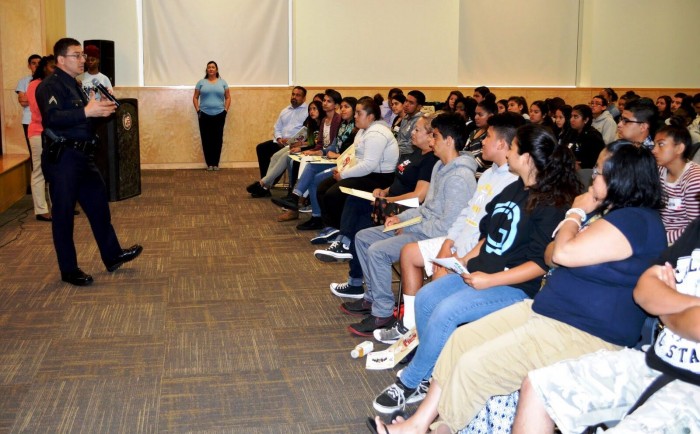 Officer Rocha speaking to the students about change in the community. 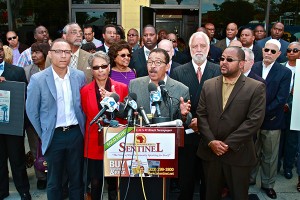