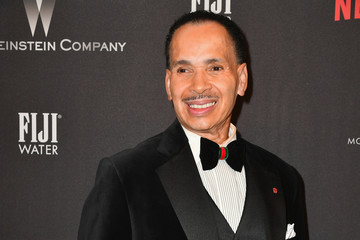 Jarvee Hutcherson was a Producer/Director and iconic pioneer in diversity, known for his Annual Diversity Awards where he recognized and honored celebrities such as Actress, Diahann Carroll, Grammy Award Winning Recording Artist, Dionne Warwick, Burt Bacharach, Actor/Activist,   Louis    Gossett,    Jr.,    Actress,    Rita   Moreno and entertainer, Bob Hope, to name a few. He was also well-known for his Annual Night Before the Oscars Pre-Oscar Party, Emmy Celebrations,  Toy  Drives and his Annual Diamond Rose, Lady in Red Awards Gala. Mr. Hutcherson began his career in beauty and scholarship pageants, where he  was touted for encouraging and inspiring many young women from all over the state of California throughout the years. He helped to launch careers in modeling, acting and other areas in the entertainment arena with the  scholarship pageants, which later provided him entrée into the Miss California USA pageant system. Jarvee was the National President of ASYM, American Society of Young Musicians, and President of Dreammation EFX Studios.