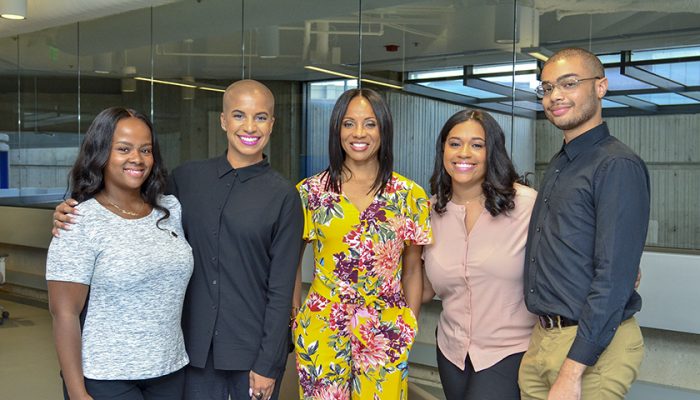 Her passion about education and her desire to create opportunities for HBCU students are two of the many reasons she partnered with the NNPA and Chevrolet, the program’s sponsor.

As she continues her great acts of philanthropy, MC Lyte said that music and journalism are much alike, as they are both used to tell stories.

MC Lyte became great friends with Dr. Benjamin F. Chavis, Jr., the president and CEO of the NNPA, through his work in hip-hop and civil rights.

When it comes to her philanthropic work that grew out of her music career, MC Lyte said that she always wanted to give back. That sense of altruism manifested early on in her music career with her hit single “I Cram to Understand U,” which included a strong anti-drug message, geared towards the Black community.

MC Lyte made it her responsibility to advocate for young people and to shed light on the deluge of heroin and crack cocaine that flooded her Brooklyn neighborhood in the 70’s and 80’s.

“I don’t think that I really do anything for me, per se,” MC Lyte said. “It’s about getting out there, [using] the MC Lyte name, to form partnerships with bigger entities and to gain access to resources and sharing those resources with the people who need them the most.”

Hip-hop pioneers like Salt-N-Pepa and Rakim inspired MC Lyte to partake in the music industry at such an early age. MC Lyte also vividly remembered how the Bronx-born, hip-hop group Grandmaster Flash and the Furious Five helped to shape her storytelling rap style.

MC Lyte said that “The Message,” the Furious Five classic featuring Melly Mel, painted a picture of life in the Bronx that was very different from her life in Brooklyn, where she was born and raised. “The Message” influenced MC Lyte to gravitate towards the storytelling aspect of hip-hop. MC Lyte described “Lyte as a Rock,” her first album, as “a book of poems and short stories.”

“It was easy to get into a [creative] space and just write,” MC Lyte said. “My mother made me write an essay for whatever I wanted to do.”

MC Lyte said that young artists, who are pursuing careers in the entertainment business, should educate themselves about royalties, build a trustworthy team and seek legal advice when necessary.

Reminiscing about her career in the music industry, if given the opportunity to change or do anything different, MC Lyte said that she would have said “yes” more often and been more open to trying new music genres and collaborating with unexpected artists.”

Although, MC Lyte is often credited as a pioneer in hip-hop culture, her passion to ignite change on a greater scale was alive from the very beginning. She was one of the first female rappers to speak out against sexism and misogyny in the industry. Her voice shook up the male-dominated hip-hop scene and helped pave the way for female MC’s that followed in her footsteps, like Queen Latifah and Missy Elliott. 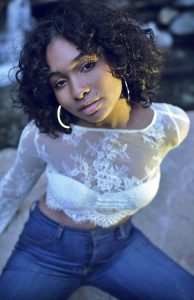