La Faye Baker, Founder and CEO of Diamonds In The Raw Foundation and Hollywood stuntwoman

All youth need motivation and inspiration in their lives. That is exactly what a bunch of young girls get every summer from La Faye Baker, who is making sure the young women of today are the powerful women of tomorrow.

Baker is the founder and CEO of the Diamond in the Raw Foundation (DITRF), a 501(C)(3) organization that is devoted to edifying and educating at risk teens about rarely exposed careers in the entertainment industry. The DITRF was established in 2008 and is a summer program that runs annually from July to August.

Baker is a native of Los Angeles-CA, born and raised. She attended Crenshaw High School and was an all-around athlete in school. “I was in gymnastics, [on the] basketball team, [a] cheerleader and volleyball team, “said Baker.

DITRF focuses on athleticism, education, vocational, cognitive and social skills, by developing and expanding generation X and Y’s expectations, and life-coping skills for achievement, as stated by their website. “The organization is devoted to empowering and transforming the lives of these young girls from ages 12-18,” said Baker.

“The purpose of our organization also is to change the imbalance of gender behind the scenes in Hollywood,” said Baker. “What we really do, is focus on leadership, and the film aspect of the entertainment industry.”

Her physical prowess and athletic abilities took Baker all the way to Hollywood, where she works as a stuntwoman. “I’ve been working as a stuntwoman for the last 20 years,” said Baker. “ As a stunt person, I noticed there weren’t that many minorities working in the industry.

“A lot of of the times, people would ask me if I’m an extra. They don’t think because I’m Black that I could possibly be working as a day player or stunt person. I wanted to help other young kids know that these opportunities are out there if they study hard, whatever they want in college, and if they pursue a college education, it can be transferred to entertainment.”

The DITRF has a program called concepts in a box. The process involves picking a concept from a box, pitching it, selecting a story and developing a script, and a budget, and everyone gets assigned different positions.

DITRF runs twice a week on Mondays and Wednesdays. Mondays are leadership classes that feature women guest speakers from the entertainment industry from, producers to make-up artists. Wednesdays feature the film aspect focusing on all aspects of production with workshops and field trips.

They also premiere the best works from youth in the program at the Celebrity & Stuntwoman’s Award in October.  Two young women will be selected for scholarship awards. Additionally, the DITRF celebrates and honors the achievements of unrecognized heroes and Diamonds in the RAW young ladies with an annual awards luncheon.  After the events, the foundation does follow-ups with teens via letters throughout the year to monitor their accomplishments, and assign mentors as needed.

Some of the programs that assist and help DITRF include the Sista2Sista shadowing program and the HIP/N/SMART mentorship programs. They collaborate with several other agencies such as the Gwen Bolden Youth Foundation, Los Angeles County Probation Department, GAPP Alternative Prevention Program, Los Angeles Unified School District, Neighborhood Youth Achievers and the Women in Film PSA Program. The foundation also grants scholarships to various at-risk teens.

“If you believe it, conceive it—then you can achieve it,” said Baker.

For more information on the Diamonds In the Raw Foundation, please visit their website at http://diamondintheraw.com/. 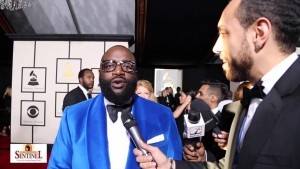 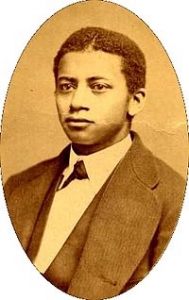