Jalen Daniel Hall, a former receiver with the Oregon Ducks, and another man have been charged with a home invasion robbery in Norwalk, the Los Angeles County District Attorney’s Office announced.

Millard Lefenus Hill (dob 6/16/00) and Hall (dob 8/30/99) are each charged with three counts of home invasion robbery, two counts of kidnapping to commit robbery and one count of first-degree burglary, person present.

Hill is additionally charged with one count of fleeing a pursuing peace officer’s motor vehicle while driving recklessly. The charges include allegations that Hall was armed with a semi-automatic handgun.

Hill and Hall allegedly participated in the robbery on Sept. 10. Three victims inside the house were reportedly threatened and moved around the home while jewelry and other valuables were stolen, prosecutors said.

The defendants allegedly fled from police after the robbery but a sheriff airship tracked them down, leading to their arrest.

Bail is set at more than $2 million for each defendant and they both face a possible maximum sentence of life in state prison if convicted as charged. 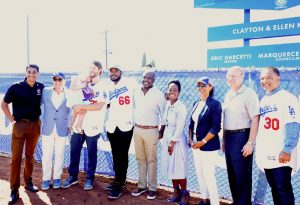 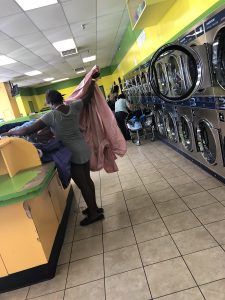 Laundry of Love: Day of Homeless Service in Watts