Many Detroit residents are celebrating a new era of revitalization, as the city’s thriving Midtown is now dotted with upscale shops, restaurants and new construction. But Motor City, blighted with 83,000 abandoned homes, is also seeing the forced relocation of low-income seniors, most of them African American.

“There’s a national trope about Detroit, the idea that it’s empty in a lot of ways,” said Tam E. Perry, a researcher at the Michigan Center for Urban African American Aging Research and assistant professor at Wayne State University, where she heads The Relocation Lab.

Phrases like, “Detroit is on the move” have taken hold, she said, promoting the notion that anything can happen there, that you can start a new business, be an artist – see the city as a “blank slate” just waiting for you to make your mark on it.

“But when you think a community is a blank slate,” she said, “you’re also overlooking very vulnerable populations that have been part of the fabric of Detroit and want to remain part of that fabric. As development is occurring in various parts of the city, senior relocation – or I would say forced relocation – is an unintended consequence.”

Detroit, Perry noted, is a city of about 700,000 people, 82.7 percent of them Black. More than one in 10 residents (11.5 percent) are 65 or older. As one recent Associated Press story declared, “Whites Moving to Detroit, City That Epitomized White Flight: Residents are taking advantage of cheaper housing.”

Perry said she became so engaged in her research that she joined the Senior Housing Displacement-Preservation Coalition, a community advocacy group that is working to preserve senior housing, and to ease the transition for those who become displaced.

This transition can have additional health consequences for seniors. For instance, a displaced senior with kidney failure not only lost her apartment, but access to her dialysis clinic around the corner.

The coalition has identified at least a dozen federally subsidized buildings in Detroit’s now-thriving Midtown and downtown areas that might be converted to market-rate apartments in the coming decade, displacing another 2,000 elders in Midtown, Perry said.

Perry presented her findings at April’s national meeting of the Resource Centers for Minority Aging Research, [http://www.rcmar.ucla.edu/index.php] held at the University of California, Davis. The Michigan Center at Wayne State and the University of Michigan is one of seven research programs around the country funded by the National Institute on Aging.

Holding a doctorate in anthropology and social work, Perry focused her initial study on interviews with 17 elders forced out of their homes by eviction or harsh circumstances.

“I visited seniors who, after they moved, had no furniture in their homes. They would say, ‘A church has agreed to provide me with a bedroom set,’” said Perry, who would arrange to return to see how things worked out.

One women Perry identified as “Wendy” described her old neighborhood as “very depressing” with “a lot of burnt-out houses” and “packs of dogs.” Only eight houses on her block of 38 remained occupied, and Wendy would have to watch for the packs of feral rottweilers and pit bulls as she left her home each morning.

For Wendy, moving to a smaller place in a safer area brought relief.

But others experienced relocation as a deep loss. “Eve” was among the growing number of seniors nationwide being evicted because their subsidized affordable housing developments are being converted to market-rate units.

The U.S. Department of Housing and Urban Development has long provided subsidies to owners of apartment buildings who set “fair-market rent” for low-income seniors through its Section 8 program. Seniors who qualify for Section 8 rental vouchers usually pay only 30 percent of their income directly, and the government covers the remaining amount on the discounted rentals.

After meeting their federal obligations for the subsidies, though, owners have the option of opting out of the program and raising the rent to whatever the market will bear. Perry said some of the downtown buildings are now being upgraded to luxury units.

Tenants receive a one-year notice before the cost escalates, and most must find other housing – if they can. Around the nation, waiting lists for Section 8 rental vouchers for people who qualify are years long.

The loss of affordable senior housing among Detroit’s elders means, Perry said, “the risk of homelessness is real.”

Other challenges raise daunting questions for those compelled to move, Perry stressed: “How do they even know where to go?” she asked. “You’re talking about an 85-year-old person who receives a letter saying they need to leave. Who would help them pack their belongings?”

“Eve” told Perry that moving out of her home was “very stressful. I cried many a night, you know. I watched my friends die, you know, because they didn’t want to move, and I watched this one lady just–she sat day by day, I watched her deteriorate, and we couldn’t get her out of that depression–you know what I’m saying. It’s like she just gave up. She said, ‘I’m gonna die here. I don’t wanna move.’”

When Eve found a new place, it was so small she had to place her folding kitchen table under her bed.

Because affordable housing units were often built near one another, Perry found that some of those evicted had moved into a building next door–and still were able to use their old grocery or pharmacy, remain close to their doctors and community services, and stay in touch with old friends.

“But what they tell me is that they think the building they just moved into is going to go market-rate in a year, and they’re going to have to move again,” Perry said.

This stress takes its toll on people who are enduring “that kind of uncertainty for multiple years on end.”

Perry is following up with a second study that will track the fates of 115 displaced elders. For those forced to move, Perry said, her aim is to determine how best “to address their emotion, physical, mental health, logistical and spiritual needs along the way.”

“The thing that’s most incredible about this work is that my partners are community members, specifically St. Aloysius Church and Neighborhood Services in downtown Detroit,” she said.

She emphasized that she hopes her research will help the senior housing coalition preserve existing buildings and ensure that low-income remains in the Detroit.

Perry added, “We are trying to ask: How can Detroit remain a city for all ages? And what do we need to do to ensure that whole cohorts are not leaving the city because of these issues?” 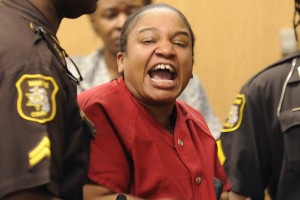 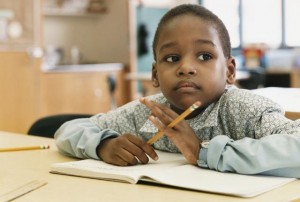 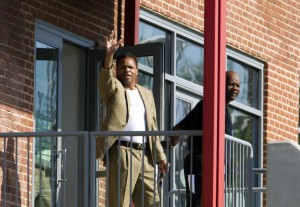 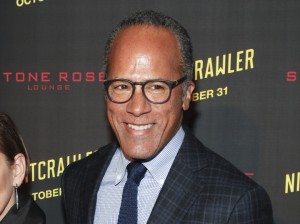 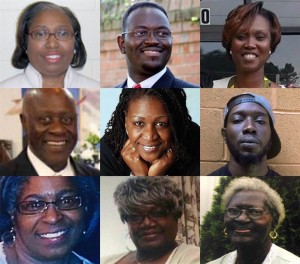 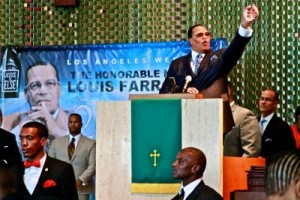