At first blush, The Bag Man reads a lot like The Transporter, the 2002 action film about a courier hired by a mobster to deliver a mysterious package without opening it. After all, the title character of this adventure has been asked by a crime boss to pick up a bag for him without examining its contents.

However, besides sharing that basic premise, the two pictures don’t have all that much in common. Where The Transporter is a special-effects adventure peppered with car chases and pyrotechnics, The Bag Man is a relatively-cerebral affair, a multi-layered mystery featuring unpredictable twists and turns as a well as a femme fatale with inscrutable intentions.

At the point of departure, we find a powerful gangster named Dragna (Robert De Niro) aboard his private plane where he’s giving very precise instructions to the protagonist. Jack’s (John Cusack) assignment is to take possession of an ostensibly priceless satchel and then wait for Dragna inside Room 13 at a seedy motel located somewhere in the country.

Of course, this proves easier said than done, when a cornucopia of colorful characters commence to covet the very valise he’s been asked to protect. The fun starts when Jack’s shot in the hand by Bishop (Danny Cosmo), the gangster who just handed him the package.

Then, while checking in, he alarms the paraplegic desk clerk (Crispin Glover) by assuming the suspicious name “Smith” and by paying in cash. Next, he has to deal with curious cops who have decided to stake out the premises.

But his biggest challenge of all is presented by Rivka (Rebecca Da Costa), a gorgeous damsel-in-distress on the run from a couple of goons herself. Will the scantily-clad stranger in need of a knight in shining armor be Jack’s undoing?

That’s the burning question for the balance of the madcap, high body-count adventure once the two opt to join forces.

An intriguing enough whodunit to keep you guessing, thanks to a decent script and game performances by De Niro, Cusack and newcomer Rebecca Da Costa.

To see a trailer for The Bag Man, visit: 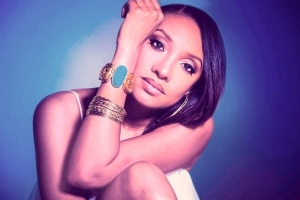