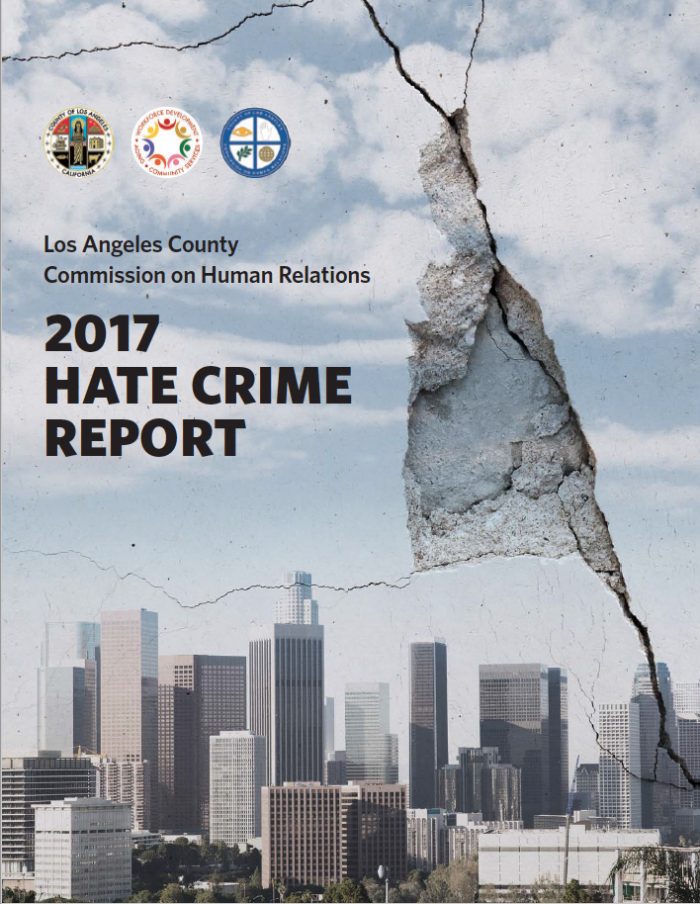 The troubling statistics were revealed in the annual Hate Crimes Report issued by the L.A. County Human Relations Commission. The data was compiled from information collected from the law enforcement agencies in the county as well as some colleges, school districts, community-based organizations and victims.

Blacks were attacked at a rate far exceeding their nine percent population in the county in regards to racial, homophobic and anti-transgender crimes.  Also, Blacks have consistently been the most targeted group over the past ten years, according to the report.

“We are truly alarmed at the continued over-representation of African Americans in racial hate crimes and the extremely high rates of violence directed against gay men, lesbians and transgender victims,” said Commission president, Jarret Barrios.

Several summaries of actual hate crimes against Africans Americans were cited in the report.  They ranged from a Black male discovering his home burglarized with swastika graffiti on the walls to a Black teen approached by two Latinos in Lakewood, who hollered, “F*** n*****s! Get him!” While running away, the victim heard gunshots, but wasn’t hit.

Another incident, which occurred in May 2017, mentioned a Black school employee locking the parking lot gate when a young Latino male brandished a gun and shouted “Get out of here before something happens to you, n*****!” The employee drove away in his car.

As for anti-Asian hate crimes, Whites were the perpetrators in 42 percent of incidents, Blacks in 33 percent and Latinos in 17 percent.

Other significant findings detailed in the report include:

• Hate crimes against Latinos: crimes increased 16 percent, from 62 to 72 with suspects using anti-immigrant slurs in 40 percent of the cases.

• The rate of violence declined from 61 percent to 56 percent, but aggravated assaults rose 47 percent.

• Hate crimes occurred throughout Los Angeles County, but the largest number took place in the San Fernando Valley, followed by the Metro region that stretches from West Hollywood to Boyle Heights.  The highest rate of hate crimes occurred in the Metro region, followed by the western part of the county that includes a number of affluent beach cities.

“Putting an end to hate crimes is a top priority for the county of Los Angeles,” said board of cupervisors chair, Sheila Kuehl.  “We live in one of the most culturally diverse places in the world with more than 200 languages and cultures enriching the region. Hate violence, white nationalism, misogyny, and all forms of intolerance are not welcome here.”