The California African American Museum (CAAM) celebrates the life and artistic output of seven African American photographers in its latest photo exhibition Light Catchers, an exhibition, which will be on view at CAAM through June 7, 2015.

Originally curated in 1997 by photographer Irene Fertik and funded by a grant from the Los Angeles Department of Cultural Affairs, the exhibition includes 35 prints that will be added to CAAM’s permanent collection, donated by Fertik.

“This is a unique opportunity for CAAM to share with our patrons a remarkable group of photographs that include some of the most relevant icons of the 20th century,” said CAAM’s Visual Arts Curator Mar Hollingsworth. “I am thrilled with Fertik’s donation.” Included in the 35 prints Fertik donated, are seven portraits she captured of the photographers in 1997.

The prints in the exhibition were captured by seven African American photographers who emerged during the 1940s, despite the repressions designed to keep blacks from equal opportunities. Photographers include Howard Bingham, Don Cropper, Jack Davis, Bob Douglas, Cliff Hall, Lamonte McLemore, and Murphy Ruffins who are known for their diverse array of talents and skills in photography, artwork, production, and publishing. Some of the photographers work has been published in African American and general market LA-based newspapers, in which some are still relevant and active today.

“My passion, heart and soul has been to document the Black experience in the most celebratory and positive way,” says Fertik. The photographers captured vivid moments in a time of well-known faces including a heartbroken Natalie Cole during her father Nat King Cole’s funeral; an enthusiastic Michael Jackson, with his siblings Janet and Randy Jackson; in a rare display, the legendary Muhammad Ali flaunting money as he sits on $1 million in a bank’s cash vault; and Ali in a sports car with a very young Bill Cosby.

Current Exhibitions in the CAAM Galleries 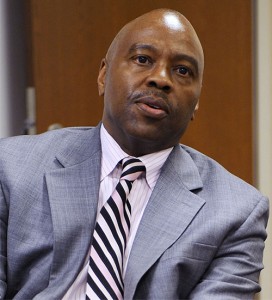 Metro CEO, Phillip A. Washington Driving MTA into the Future 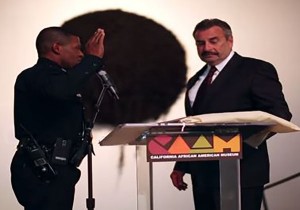 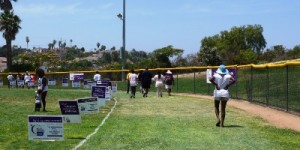 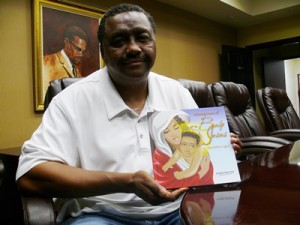