“Tonight, the President again came to the halls of Congress and ironically attempted to push an agenda of unity.

“He said we should reject the politics of revenge and embrace cooperation on the same day that he taunted the Senate Minority Leader on Twitter about election results.

“Within the first few minutes of his speech, the President touted getting families off of food stamps. He stood there just months after pushing an agenda to eliminate SNAP for families across America.

“He mentioned many anniversaries but failed to mention that it’s the 400th anniversary of our ancestors arriving to this country enslaved.

“He said he was a defender of health coverage for those with pre-existing conditions, but it was less than two years ago when he pushed to repeal the very law that protects people with those conditions.

“He brandished unemployment rates as if he had anything to do with them and governmental stability as if he didn’t just cause the longest shutdown in the history of this country.

“This isn’t to say the entire speech was a loss. He was right about deserving credit for having so many women walking the halls of Congress. I’m just not too sure he understands what those women are here to do.” 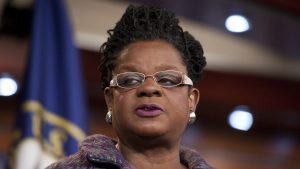