Delta Airlines paired the Los Angeles Lakers rookie with local street artist Jonas Never to create an interactive mural at the Rose Room in Venice, CA for a “Beyond the Court” experience, which is a series of events designed to provide current athletes with the opportunity to collaborate with a mentor to develop their passions beyond basketball.

“[Jonas] brought me along to show another side from basketball,” said Ingram who began drawing as a hobby in college and has now blossomed into a second passion. “I think having so much down time away from basketball, you try to find something to do and this was one of my interests.”

Increasingly, more athletes are exploring other interests while still playing professionally, whether it is fashion, television production, acting, or corporate business ventures.

Ingram might just be the youngest. The 19-year-old says, “Being in L.A. creates the opportunity of being around the right people so long as you are showing good character and carrying yourself well.” 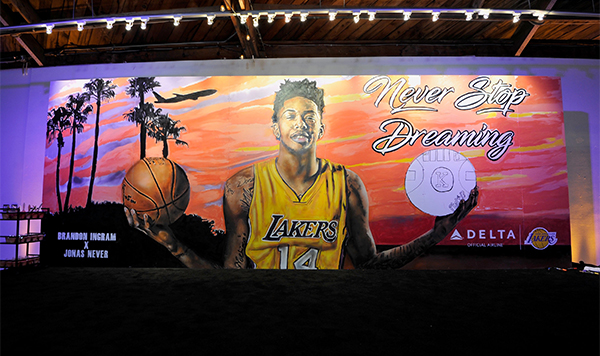 He was drafted by the Lakers second overall in the 2016 draft after just one year at Duke. The 6-foot-9-inch forward from North Carolina is soft-spoken and would rather draw with his free time than go out. Not characteristic of the typical 19-year-old who was just drafted to play professional basketball in one of the most active cities in the world. He carries with him family values wherever he goes.

“That is North Carolina period,” said Brandon Ingram’s dad, Donald Ingram. “It’s not just our family, it’s the way of North Carolina upbringing passed on from fatherhood, motherhood for generations. It’s kind of like being strict, but it’s really just teaching responsibility from an early age.” 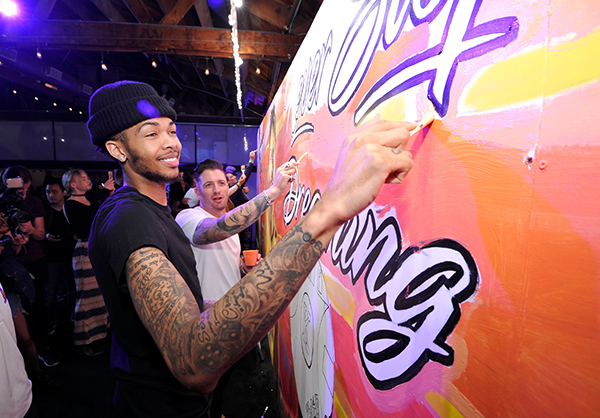 Los Angeles Lakers’ Brandon Ingram attends Delta’s first ‘Beyond the Court’ event where he teams up with iconic street artist Jonas Never to create a mural display with fans at The Rose Room in Venice, CA (John Sciulli/Getty Images for Delta)

Values are not the only thing his father instilled in his son. “I taught him the artistry in basketball, the rules of the game,” Donald Ingram said proudly. He jokingly added, “Now, he took this [drawing] to another level.”

Drawing has allowed the 19-year-old to continue to maintain his values and make the right decisions. Being paired with Never may also be one of the reasons he was able to transition his art from a mere hobby to a potential second career. This first collaborative piece with Never will ultimately be dedicated to a local Los Angeles non-profit.

While Ingram is more accustomed to the bright lights, cameras and interviews, Never says that part of the fun in this exchange was being exposed to the life of a Laker.

“I grew up watching the Lakers, so actually collaborating with one of them is a lifelong dream,” said Never. “You don’t get to do stuff like that.” 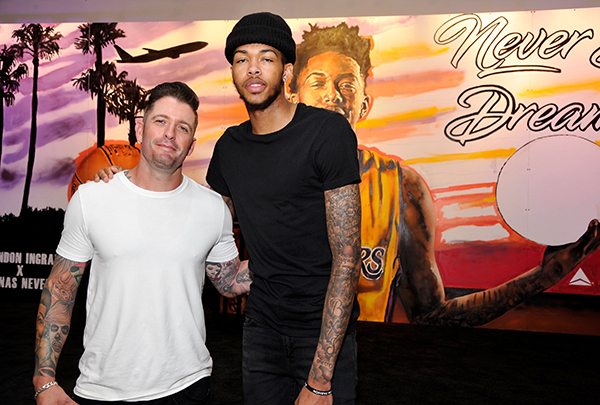 The street artist is no stranger to creating works of art similar to the 8’ x 22’ mural of Ingram. He is the artist responsible for several murals that can be found throughout Los Angeles including homages to the late Stuart Scott and Craig Sager.

“The coolest part of this project has been connecting with the city,” said Never. Despite having worked on several pieces around the city, Never, says this one held a special place.

“There was an intimidation factor of the fact that he was going to be standing next to a portrait of him, so it better look like him,” said Never jokingly. It took him three days to complete and says Ingram was involved every step of the way.

“He’s creative as all hell,” Never said. “He knew what he wanted to do with the wall right off the back. Normally when I paint someone, it’s all on me to come up with the concept of what I’m creating. He had more ideas than I did.” 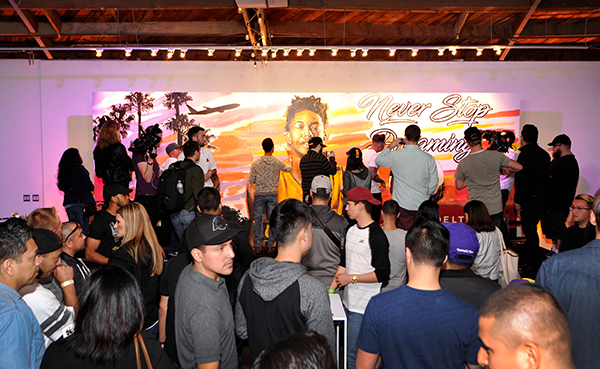 It comes as no surprise that Ingram wanted to be very involved. His dad says he puts his whole heart into anything to which he commits. “He loves what he does,” said Donald. “He put his heart into his tattooing, into drawing and into basketball.”

That is exactly what “Beyond the Court” was designed to accomplish in hopes of inspiring others. As Lakers’ reporter Mike Trudell put it, “The overall experience is one designed to show that you can have multiple passions in life and do well with them.”

A few lockers down from Ingram is Nick Young who launched his own clothing line called Most Hated Players. Young is the first athlete to have his own merchandise while still actively playing in the league.

“I don’t know how good my artwork is to collab with Most Hated, but we’ll see what we can come up with,” Ingram responded laughingly.

As Ingram continues to develop his artistry both on and off the basketball court, he hopes that with focus, family values and dedication he will leave his mark on Los Angeles. 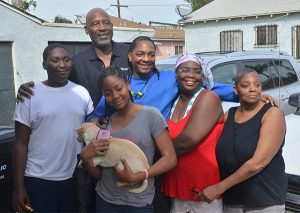 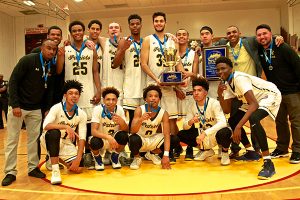 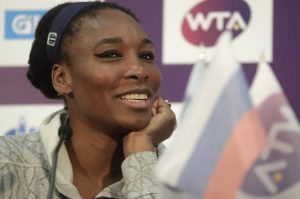