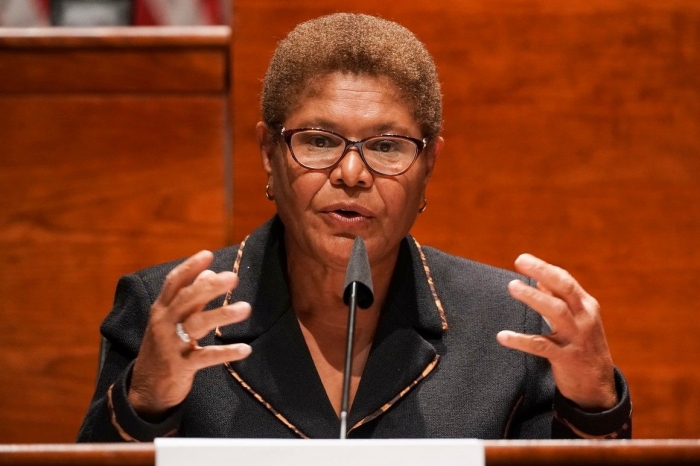 This week, Congressmember Karen Bass (D-CA), Chair of the Congressional Black Caucus, issued the following statement after Kentucky Attorney General Daniel Cameron announced there would be no homicide charges brought against the police officers that murdered Breonna Taylor and instead, minimal charges brought against one officer for firing bullets into neighboring apartments.

“These charges are an affront to the movement for justice and peace in this country and conveys loud and clear that Breonna Taylor’s life does not matter to the legal system of the United States.

“Police officers are allowed to get away with the murder of unarmed Black people because the law doesn’t just allow it, the law ensures it and this cycle – the murder of an unarmed Black person, the outrage in the streets, the lack of action by our legal system – is doomed to repeat itself over and over again until we change those laws.

“The George Floyd Justice in Policing Act has been sitting on Mitch McConnell’s desk over in the Senate for exactly 90 days. Today’s announcement makes plain that the time to act on it is now.

“We need to ban no-knock warrants for drugs, which takes the lives of many each year and traumatizes many more. We need to ban chokeholds. We need to change the threshold of prosecution for officers so that we don’t need to prove what was in the officer’s mind when they murdered a defenseless civilian. We need to allow officers to be held accountable by eliminating immunity from lawsuits so that taxpayers don’t keep having to pick up the check for the acts of racist officers.

“Passing the George Floyd Justice in Policing Act means that when incidents like this happen again, the officers are indicted and convicted for their crimes.