SNN has worked with more than 30,000 children and families and has become South L.A.’s go-to organization for autism advocacy and serving under-served populations, particularly the African American and Latino communities

The Special Needs Network is leading the charge in educating and empowering communities on dealing with the disorder in South L.A.

There was a time when parents excused their child’s strange behavior as kids being kids. In the African American community, a child acting out in public, displaying distant behavior or ignoring rules would simply be seen as disobedience and punished as such—a mental disorder was besides the question. Those times are fading away as more and more people are opening their eyes to the reality of Autism.

A complex neurological disorder, autism causes difficulty in social interaction, affects verbal and non-verbal communication skills, and causes repetitive behavior. The diagnoses of Autism have increased ten-fold over the past forty years.

In 2002, Areva Martin Esq. came to live in that reality after her then 2 year-old son, Marty was diagnosed with autism. Despite access to resources through her career, Martin found it difficult to find the help and resources they needed.

“It was very hard for me to access services for Marty,” stated Martin. “I met some families while taking a class about autism in South LA, and I realized as difficult as it was for me, it was ten times more challenging for them.

“I was just like any other mom. I had gotten this diagnosis for my son and I was on this journey to find him the best that I could in terms of education, medical care, etcetera, and I just realized ‘wow, there are a lot of families out here that need help’.”

Martin saw the need for an organization that could address the myriad of issues that comes with raising an autistic child. In 2005, she founded the Special Needs Network, Inc. (SNN), which is a grassroots autism advocacy organization serving the South Los Angeles area, where the need is great.

According to the Centers for Disease Control, autism impacts 1-in-50 children and has been linked to early brain development, although there is no known cause or cure. About 1 in every 88 children in America is diagnosed with autism. In the African American community, these diagnoses often come one to two, even up to six years later than they do for white children.

In a race where early detection is key, one-to-two years can mean the difference between spending K-12 in special education classes and matriculating into traditional school. One of the main reasons for delayed detection among African American children is a lack of awareness and a lack of resources within the community.

SNN has worked with more than 30,000 children and families and has become South L.A.’s go-to organization for autism advocacy and serving under-served populations, particularly the African American and Latino communities. This has resulted in the community gaining vital knowledge about autism.

“The awareness levels have increased dramatically,” said Martin. “Media attention has been focused on autism through all the grassroots work that we’ve done around the issue by creating ambassadors and parent advocates.

“These ambassadors are out in the community so that when decisions are being made about South Los Angeles about how the police speak and deal with individuals who have these kinds of mental health challenges, you can find our advocates that the special needs of these individuals be taken into account,” said Martin.

Five years ago, SNN created a parent advocacy mentor program which trains parents to become grassroots leaders, mentors and advocates. The program currently has close to 500 graduates who are on non-profit boards, starting support groups and raising more awareness. Mary Lee is one of those advocates.

Lee is a single mother who had to relocate unexpectedly to Los Angeles from Atlanta to care for her ailing parent. Her son Krystian has autism, coupled with her new responsibilities; she found addressing her son’s needs difficult.

“I was faced with a major setback in educational support for my son through LAUSD,” said Lee. She was referred to SNN through his school.

“Their parent training program is one of the reasons my son graduated with a diploma,” said Lee. She is now acting as an advocate and helping to educate and bring hope to others who are in the same situation.

“Giving back and empowering other parents is my volunteer focus now through attending IEP meetings, giving school presentations, and overall outreach for SNN in our community,” said Lee.  Krystian is now 20-years old and currently majoring in art attending West LA College.

Martin also credits social media as another tool that is spreading awareness about autism. SNN relies heavily on social media networks to share information and education to the community, its advocates and ambassadors.

“We have a robust social media program that connects with families via Facebook, Twitter [and] Instagram,” said Martin. “We’re one of first organizations of our size to really leverage social media.

“Studies show that African Americans in particular get most of their information on handheld devices. We studied that and created a mobile phone-friendly website as well as connections to parents through social media.” As a result, SNN is now able to register over 1,500 participants using social media.

Recently, A 13-member board was established by the Special Needs Network and UCLA CART (Center for Autism Research and Treatment), to support the research of Dr. Daniel Geschwind, MD, Phd, whose studies include the genetic causes of autism in African Americans in underserved communities, particularly South LA residents.

The board’s primary tasks is to look at ways to address the incidence of autism among children in South L.A. and other parts of L.A. County, as well as the shortage of health care providers who provide early diagnosis and intervention services. The board will also study educational options for autistic children including early childhood education programs and preschools.

“The creation of this board is a logical extension of the work that Special Needs Network has done over the last eight years. As we prepare to open South LA’s first autism health care center, collaborating with community leaders and families is a strategic move to ensure we are leading by example as we address the needs of those we serve,” stated Martin. 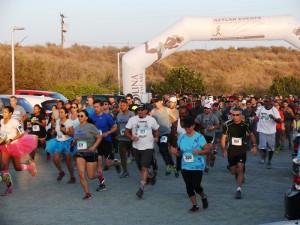