In support to President Obama’s 2020 Goal for Education, USC’s Black Alumni Association and several other community and national leaders will host a forum to educate and develop programs that will work toward that initiative on Feb. 7.

Post-secondary degrees have now become a prerequisite for the growing job search in today’s economy. According to a statement released by the White House, the U.S. ranks 12th internationally in four-year degree attainment among 25-34 year olds.

In his recent State of the Union address, President Obama proposed a $60 billion plan for two free years of community college addressing the rising debts and inclines of college expenses. This proposal came after White House chief of staff, Rahm Emanuel, wrote a book in 2006 proposing the idea. Emanuel, who was elected mayor of Chicago in 2011, created a community college system connecting school with local Chicago business partners to ensuring jobs for community college students in the area.

The event will take place at USC’s Tutor Campus Ballroom, Saturday, February 7, from 9 a.m. to 1 p.m.

For information about the event contact Michele Turner at mmturner@usc.edu 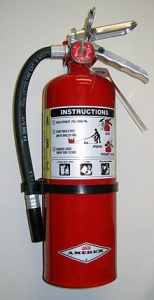