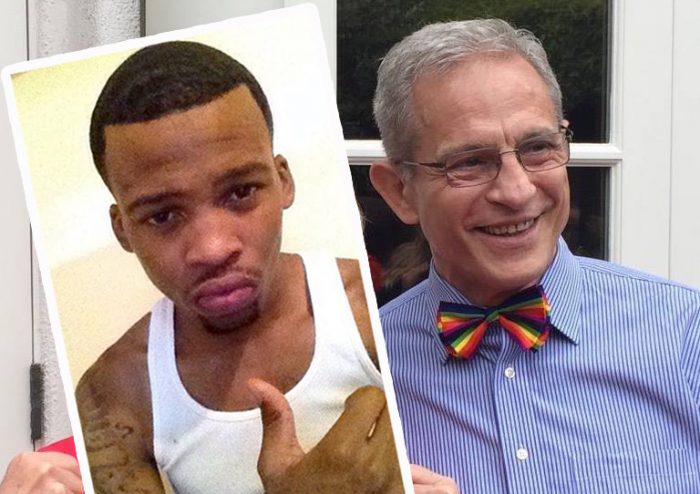 After the July 27, 2017 crystal meth overdose of 26-year-old Gemmel Moore in the West Hollywood home of prominent Democratic donor Ed Buck, Moore’s family, along with activists in California, have launched a petition calling on Democrats in five states to return over four hundred thousand dollars in campaign contributions from Buck. The petition (which, in addition to returning campaign contributions to a fund set up to support Moore’s family and victims of Ed Buck) demands that Los Angeles County District Attorney Jackie Lacey avoid a conflict of interest and return her contribution from Buck and prosecute him to the fullest extent of the law.

“From those who denounce nearly anything for political expediency, the silence from our Democratic Party and the majority of our elected officials around Gemmel Moore’s death is profoundly disturbing,” said Kimberly Ellis, former candidate for California Democratic Party chair. “Yes, this is about race, sex workers, drug use and power. And yes, it involves a well-connected Party donor. Remaining quiet only sends one message–Gemmel Moore’s life doesn’t matter.  Saying Black lives matter but not speaking out about this is political hypocrisy at its ugliest and demonstrates cowardice, not leadership.”

Launched on the website Color of Change, whose purposed to strengthen Black America’s political voice, the petition is being pushed by the Justice 4 Gemmel + All of Ed Buck’s Victims Coalition which is co-chaired by Moore’s mother, LaTisha Nixon.

“I just want justice for my son,” commented Nixon.  “Ed Buck’s attorney says that his client was a good friend of my son but I don’t believe that.  Good friends who can donate the amount of money he has at least call their good friend’s mother and offer condolences.  They call and ask how can they help.  Good friends contribute to their good friend’s funeral.  We raised money online to cover my son’s funeral from his friends and complete strangers who cared more than Ed Buck.  I just want justice for my son and all of Ed Buck’s victims.” 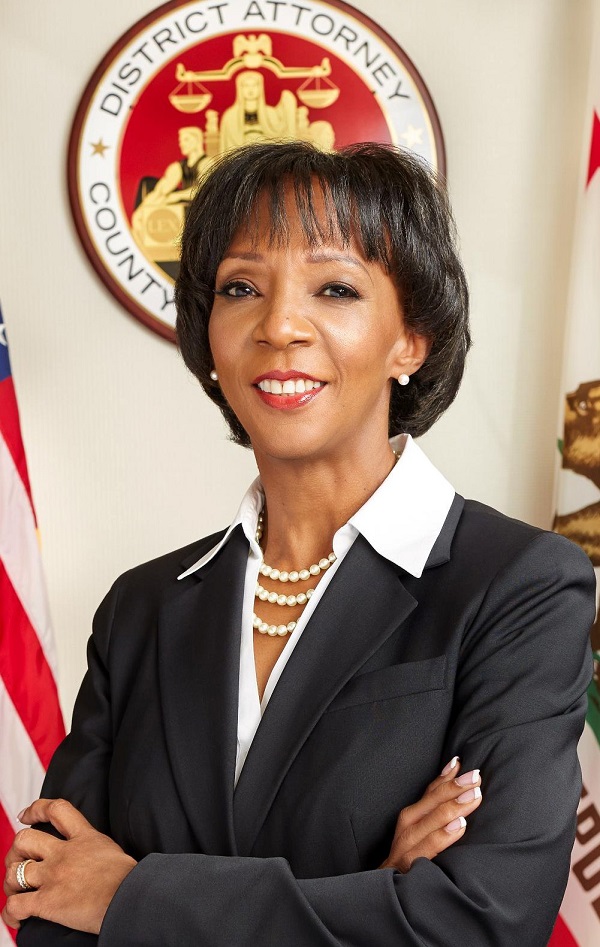 District Attorney Jackie Lacey office approved immunity for Ed Buck’s victims this week and the petition calls on her to prosecute Buck to the fullest extent of the law. (file photo)

Gemmel Moore was a Black gay male who worked as an escort. His death was immediately classified as an accidental methamphetamine overdose by the coroner, but now the Sheriff’s Department’s homicide bureau is taking a closer look after his personal journal was published. In addition, numerous young Black gay men have stepped forward making allegations against Buck, recounting similar stories about a man who they say has a Tuskegee Experiment-like fetish which includes shooting drugs into young Black men who he picks up off the street or via dating hookup websites. Buck has been accused of being a sexual predator for kidnapping, forced drug use, injecting unconscious Black gay men with crystal meth, filing false police reports to cover his crimes, coercion, and pimping and pandering of his victims.

“My life is at an all-time [sic] high right now & I mean that from all ways. I ended up back at Buck [sic] house again and got manipulated [sic] into slamming again. I even went to the point where I was forced to doing four within a two-day [sic] period. This man is crazy and its [sic] sad. Will I ever get help?”

“As co-founder of Black Lives Matter, I believe that all Black people should be fought for,” said Black Lives Matter co-founder Patrisse Cullors.  “Gemmel deserves to be alive. Any elected official who received monies from Ed Buck should not only return the money, but should challenge Ed Buck to come out and be accountable for the death of Gemmel.”

“Blood-stained money is cursed money,” commented activist and Wear Your Voice Magazine Editor-in-Chief Ashlee Marie Preston.  “While many recipients may not have been aware of specifics around Ed Buck’s deadly experiments with disenfranchised black male youth, there has been an abundance of new evidence produced that confirms his racism, drug use and sexual exploitation of homeless young black men. To hang onto his contributions and avoid making a statement, establishes your allegiance to Ed Buck and sends the message that your values are in alignment with his. While we cannot bring Gemmel Moore back, we can turn this tragedy into triumph, by using your returned contributions for legal fees in his family’s pursuit for justice.”

Buck has given hundreds of thousands of dollars of Democratic causes and candidates over the years. His Facebook page boasts dozens of photos of him with everyone from presidential candidate Hillary Clinton to Governor Jerry Brown, Los Angeles County Democratic Party and California Democratic Party chairman Eric Bauman and even Los Angeles Mayor Eric Garcetti.

In online ads soliciting young Black gay men, Buck has referred to them as being a “6-foot” n-word. On his Facebook page, he joked with friends using the n-word.

To date, Rep. Karen Bass (D-California) is the only elected official to return her entire donation from Buck of $250 to Moore’s family. The local Stonewall Democratic Club has contributed as well as West Hollywood Councilmember John D’Amico who contributed $25 out of tens of thousands in donations he’s received from Buck. 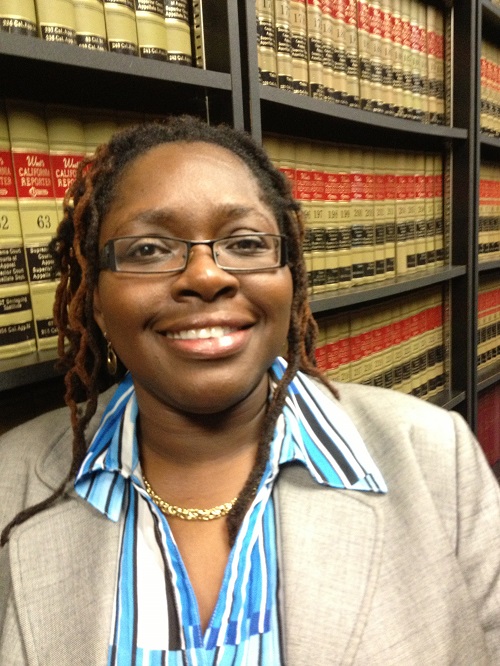 Attorney Nana Gyamfi is representing the victims of Ed Buck, secured immunity for them to provide statements to the sheriff’s and is providing legal counsel to Gemmel Moore’s family.(courtesy photo)

Last week, human rights attorney and legal consultant Nana Gyamfi announced that several victims have been granted immunity from the Los Angeles County District Attorney’s Office in the Gemmel Moore homicide investigation.  The announcement of immunity paves the way for victims of Buck to safely provide statements to homicide detectives that may implicate Buck in Moore’s death, as well as other crimes against young Black gay men.

“We are pleased that the district attorney has finally provided a binding written agreement of immunity,” said attorney Nana Gyamfi.  “Gemmel Moore’s family, along with the community who helped pushed for immunity, expect that the information provided by these victims will be used to pursue criminal charges against Ed Buck for the murder of Gemmel, as well as other sex, drug and related violent crimes against Black gay men.  We also hope that the granting of immunity will encourage other victims of Ed Buck’s to step forward out of the shadows without fear of being prosecuted for doing what they’ve done to survive.”

“I’m crying tears of joy through this pain and heartache,” said LaTisha Nixon, mother of Gemmel Moore. “I’m so happy that the district attorney has granted immunity to these young men.  I’m proud of everyone who has come forward to share their story with the police in the quest for justice for my son.”

Over the next week, Attorney Gyamfi will work with each victim to go in and meet with homicide detectives to give their statement. 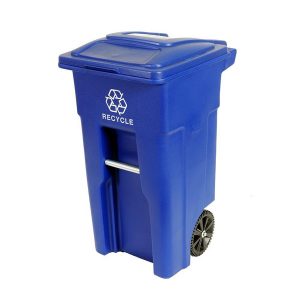 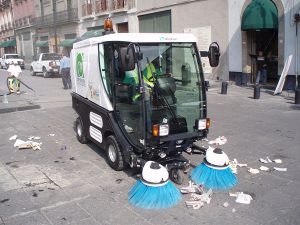 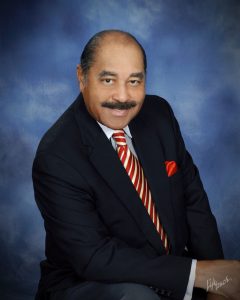 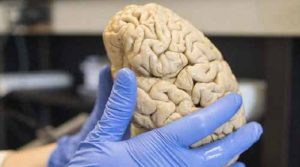