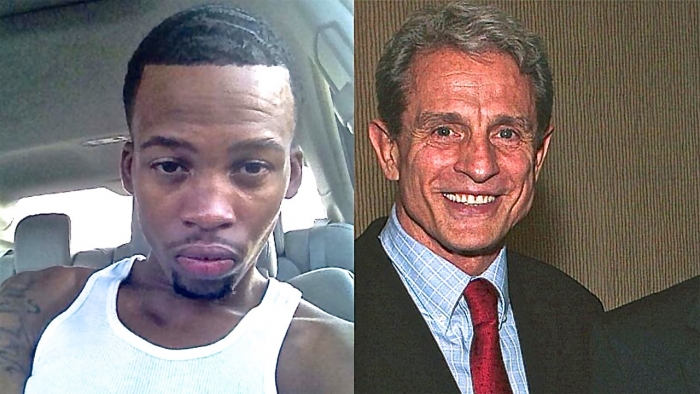 Local activists are urging District Attorney Jackie Lacey to “do her job” and find that the evidence presented to Los Angeles Sheriff’s is probable cause to immediately charge and prosecute Ed Buck in spite of his “Whiteness, wealth, and her political ambitions,” in the death of Timothy Dean, the second man to die at Buck’s residence.

“We’ve done all that we could do to aid the sheriff’s investigators with their investigation,” said community activist and advocate, Jasmyne Cannick.

“Once again, we gathered evidence and brought the sheriff’s other young men who could speak directly to their experiences with Ed Buck.  I hope that this time around, the political will and prosecutorial creativity that we’ve seen used so often against Black people is used to bring charges against Ed Buck for the deaths of Gemmel Moore and Timothy Dean. Two men have died on the same mattress, in the same living room, of the same drug, at the same man’s house within months of each other …”

Dean, 55, died in Buck’s home of a methamphetamine overdose, according to the L.A. County Coroner, just months after Gemmel Moore, 26, died of the same cause. The Los Angeles County Sheriff’s Department announced that Dean’s death was accidental.  Moore’s death was also deemed accidental.

But activists say nothing about either death was an accident. In fact, they said, Buck targeted, recruited and enticed at least Moore, for sexual acts. In his journal, Moore wrote, “I honestly don’t know what to do. I’ve become addicted to drugs and the worst one at that,” a December entry reads. “Ed Buck is the one to thank. He gave me my first injection of crystal meth; it was very painful, but after all the troubles, I became addicted to the pain and fetish/fantasy.”

Meanwhile, Dean’s roommate came forward to say that he never saw Dean use drugs, though Buck’s attorney has maintained the man was high before even reaching Buck’s residence.

“I lived with him, and he never did drugs. I’ve never seen him on drugs, ever,” he told KTLA.

Buck, who is in his sixties and is gay, is a regular campaign donor to the Democratic party. According to an L.A. Times report, Buck waited 15 minutes before calling 911 for Dean. Moore’s family has accused Buck of injecting him with meth and forcing him to watch “hardcore gay male pornography which played loudly on a large flat-screen television set while engaging in sex acts.”

“My life is at an all-time [sic] high right now & I mean that from all ways. I ended up back at Buck [sic] house again and got manipulated [sic] into slamming again,” reads another entry from Moore’s journal.

“I even went to the point where I was forced to doing four within a two-day [sic] period. This man is crazy and it’s [sic] sad. Will I ever get help?”

Attorney Nana Gyamfi says, “Los Angeles County District Attorney has a duty to charge and prosecute Ed Buck for the murders of Gemmel Moore and Timothy Dean and for all the crimes he committed against the Black gay men he targeted for torture and harm, for his pleasure and amusement.”

Moore family co-counsel Hussain Turk added, “The district attorneys overseeing the Ed Buck investigation have sat idly for almost two years, while evidence brought to them by eyewitnesses continues to spoil.  From the moment Gemmel Moore’s body was found in Ed Buck’s drug infested apartment, there was enough evidence to file charges. From the moment Timothy Dean’s body was found on the same mattress, in the same room, dead from having ingested the same substance as Gemmel Moore, there was enough evidence to file charges.  This is not about having sufficient evidence; this is about a widespread administrative failure to treat evidence with the care and attention it deserves because the victims are Black gay men and the suspect is a rich White benefactor of the Democratic party.”

On Saturday, July 27, family and friends of Moore will gather in front of Buck’s West Hollywood apartment to mark the two-year anniversary of his death. The event is free and open to the public. For more information, visit rememberinggemmelmoore.eventbrite.com and justice4gemmel.org.